Belief in Oneness of Allah (Tawheed) Is Justice to Him, And Disbelief Is an Injustice

The universe is so vast. We see many things and beings. Still, there are a great number of them that we do not see. From our worldly experience, it is an accepted postulate that everything has a Maker. But how about the universe? Is or should there be a postulate that it has a creator?

By analogical inference, we may say, yes, it has a creator. Now, the question is whether the creator has a partner who has a share in the creation of the universe or He is the Only Creator. The Qur’anic postulate is that there is Only One Creator. In other words, there is “The” Creator, not “a” creator. He does not have any partner to share His power with. And He is Allah. 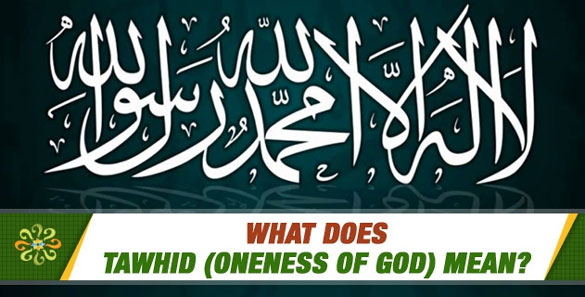 He is One (al-Ahad) and Only One – the Absolutely One (al-Waahid). Because He is The Creator (al-Khaaliq) and everything else is His creation (Makhluq), He has the absolute right of allegiance from them. As such, nobody has any right of worship than He. In other words, He is The God, not a god. This He Himself proclaims in His Book (the Qur’an 20:14): “Indeed, I am Allah. There is no deity except Me, so worship Me and establish prayer for My remembrance.”

Now, what is the proof that Allah is the Only Creator – the Only God? If there were more than One God, each of them would want to run the system of the universe in their own way and thus there would be chaos and disorder resulting in destruction. In His Own Word: “(If there had been more than one deity), then each deity would have taken what it created, and some of them would have sought to overcome others. Exalted is Allah above what they describe (concerning Him)” (Qur’an 23:91).

At another place, He says, “If there were gods beside Allah (in the heaven and the earth), then verily both (the heavens and the earth) had been ruined. Glorified be Allah, the Lord of the Throne, from all that they ascribe (unto Him)” (Qur’an 21:22).

Being the Sole God, Allah exacts allegiance of all creations except the nations of humans and the Jinns. Humans are made of earth and Jinns of fire. Both have the power of thought and the power of choice. In other words, they can distinguish between right and wrong, and then can follow either. This freedom they can enjoy until death. After that, they will be taken to account by Allah and will be rewarded or punished according to their deeds.

To help them follow the right path, Allah has established the Balance, which represents justice (Qur’an 55: 7). Then, He orders them not to manipulate the Balance (Qur’an 55:8). In other words, He orders us to do justice both in relation to the Creator (God) and the created (Makhluq). Here, doing “justice” simply means to give one what one deserves. Humans have their duty both to Allah and to fellow humans. Put in another way, Allah has His rights upon the humans and humans have their rights inter se. The right of Allah is to be worshipped. And Faith in Him as the Sole God is the cardinal precondition of worship. One who does not have that Faith has destroyed the Balance with respect to her/his relation with Allah. In other words, her/his act is unjust to the highest degree (zulm al- ‘azeem), which Allah will never forgive (Qur’an 47:34). 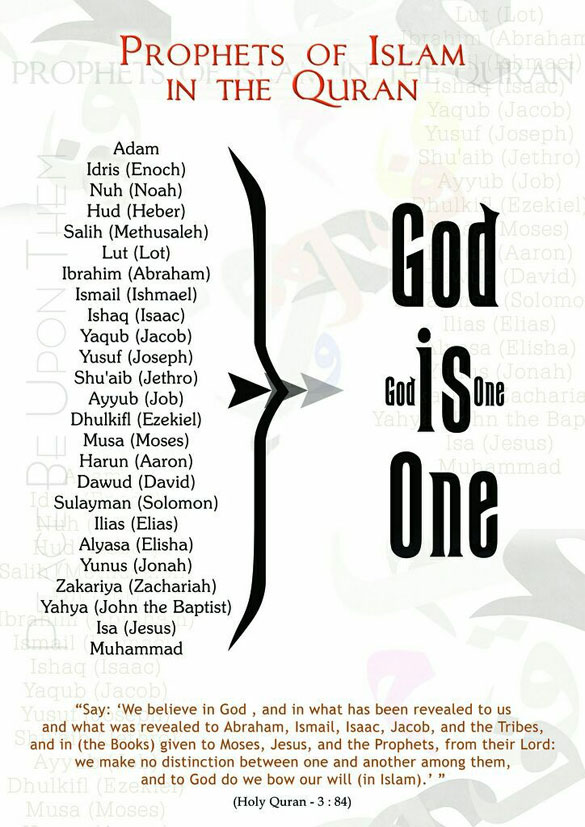 Now, we will see how belief (Iman) in Allah is justice to Him, and disbelief (kufr/shirk) is an injustice of the highest degree to Him. First, we, as humans, did not have any existence in this world. Allah created us and brought us into existence. Allah describes how He creates a human child in the mother’s womb as follows:

“Then We placed him as a sperm-drop in a firm lodging (mother’s womb). Then We made the sperm-drop into a clinging clot, and We made the clot into a lump [of flesh], and We made [from] the lump, bones, and We covered the bones with flesh; then We developed him into another creation (human foetus). So blessed is Allah, the best of creators” (Qur’an 23:13-14).

After that, He brings the human baby out of the mother’s womb in a state of helplessness when it does not know or understand anything. Allah gives it the hearing, eye-sight, and a heart so that it can be grateful to Him (Qur’an 16:78). The possible purpose of giving the hearing, sight, and the heart is that the human will listen to the Divine revelation (Qur’an and Sunnah), observe and ponder over Allah’s creations, and then will entertain Belief in Allah as The Creator and gratefully obey His commands. Then, s/he can be said to have done justice to Allah Who has given him all these faculties.

So, gratitude and worship are due only to Him and none else. This is why Allah questions how humans can be ungrateful and disbelieve in Him while they did not have any existence and He brought them into existence through the medium of their parents. After that, (they should know) they will be given death, then resurrected on the Day of Judgment and ultimately will be placed before Allah for the decision on their destination, Heaven or Hell (Qur’an 2:28).

To conclude, according to one Hadith, the hearts of the righteous people are the vessels of Allah (Musnadal-Sha¯miyyi¯n 840). In other words, every human heart is supposed to contain the belief in and love for Allah. It is His right. But when a heart is devoid of that, then Allah is deprived of His right. This is the worst form of injustice (zulmun ‘azeem).

To quote the Holy Qur’an (31:13), “Surely, shirk (making partners with Allah, which is actually disbelief) is the greatest injustice.” Simply put, believing in Allah is justice, and disbelieving in Him is injustice. The former will be rewarded with Heaven (Qur’an 39:73) and the latter with Hell (Qur’an 39:71-72).

Original Headline: Tawheed (Oneness of Allah) in the Periscope of Justice