Polygamy in the Islamic Culture

Polygamy is common in many religions and cultures. Its practice within Islam is the subject of much discussion and debate with interpretations of the Quran varying between believers. Muslim attitudes toward polygamy reflect the diversity of Islamic belief across time and space. 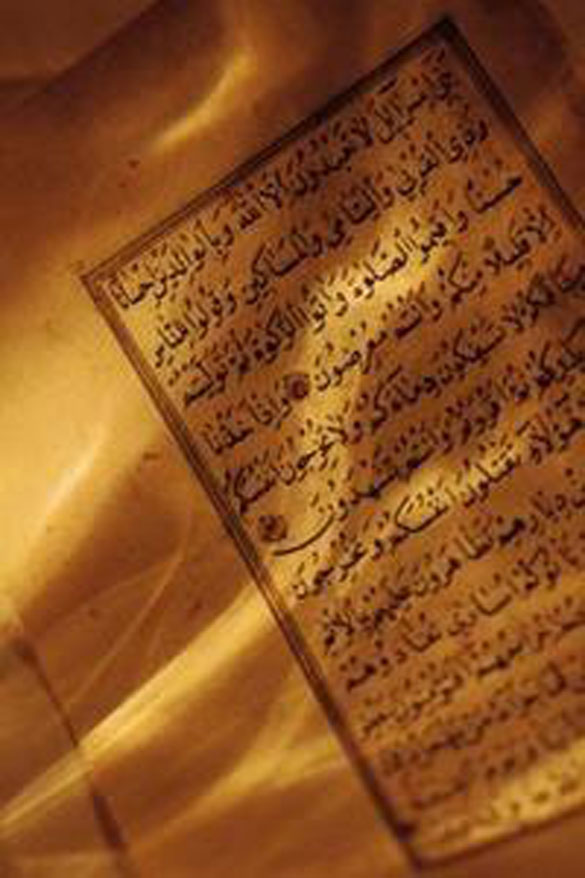 While polygamy is marriage with many spouses, the correct term here is polygyny – marriage with multiple wives. Muslim men are permitted more than one wife, while Muslim women are only allowed one husband. Though the practice is discussed in the Quran, attitudes and laws toward polygyny vary widely across the Muslim world. It is common in some Muslim societies, while taboo or even illegal in others.

The Quran addresses polygyny in Sura 4. Verse 3 describes the treatment of orphans, touching on the role marriage plays in ensuring their welfare: "But if you fear that you will not be just, then marry one or those your right hand possesses. That is more suitable that you may not incline toward injustice." Taken in full, this passage contains the basics of the laws regarding polygyny: One man may marry up to four wives, provided that he can deal with all of them fairly. If he is unable to be just to all four, he may only marry a number to which he can. This is reinforced by Sura 4, Verse 129, which suggests that perfect justice between wives is difficult if not impossible, and tells husbands to guard against favoritism.

Syed Maudoodi, an historian and scholar of the Quran, points out that Islamic attitudes toward polygyny grew out of a specific cultural and historic context, and were designed to address the needs of that time. In the pre-Islamic Arab world, men could marry as many wives as they wished – presumably only limited by budget and living space. As a way of protecting the rights of the women involved, the Quran limits the number of wives to ensure fair treatment. The Quranic idea of polygyny confronts many of the harsher realities of its day. Constant warfare in the Arab world had created an imbalance between the number of men and women, as well as spawning a large number of orphans. Polygyny ensured that every woman could be married under Islamic law and that orphans would be provided for.

As a global religion, Islamic law is subject to diverse interpretations. In some Islamic nations, polygyny is relatively common, while in others, including Turkey, Tunisia, and Bosnia and Herzegovinia, the practice is outright illegal. Even in large Muslim nations that allow it, such as Indonesia, the practice is increasingly unpopular. Non-Muslims dealing with Islamic communities should take caution against making assumptions, letting individual Muslims, their families and communities speak for themselves.

The practice of polygamy has always had critics. Historically, they often cited the requirement for fair treatment, arguing that a husband would always show favoritism to one wife over the others. In the contemporary world, many nations have placed legal restrictions on the practice, again citing the potential for injustice and the violation of the rights accorded to a wife in the Quran. Additionally, various feminist and proton-feminist Islamic movements have been arguing for changes in the treatment of women for centuries. Polygyny's potential for violating a woman's rights has often been one of their issues.