PESHAWAR: A Khyber Pakhtunkhwa minister has confirmed the Dawn.com report that women would not be allowed to vote in parts of the province under the tacit approval of PPP, ANP, JUI-F, PML-N and JI. 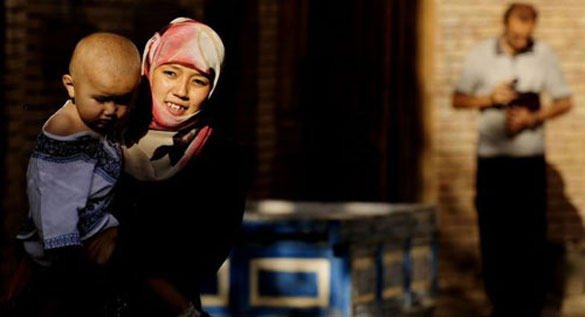 Agreement among the political parties barring women from polling in Pakistan

“Yes I can confirm this agreement has taken place in Lower Dir, have reports of similar agreement from some other areas, but I am sure about Dir agreement and  I had already communicated it to the Election Commission as well,” Information Minister KP Musarrat Qadeem told Dawn.com.

To a query that the candidates are denying it, she said, “They would never accept but it has happened and they had also called me personally to deny it, but the truth is the thing did happen and action must be taken against it.”

The minister said the KP government is vigilant and would be focused on the job of ensuring free environment to women voters to vote. The Aurat Foundation has announced that it will challenge the result of the elections in the areas where the women voters are barred from polling.“

We demand if such agreements have taken place the election commission must take action, and ensure the women voters are not stopped from casting their votes,” adding “the EC has failed to stop this illegal act and we shall be challenging the move in the court of law.”

After similar agreements in Lower Dir, political parties had followed suit in other parts of the province by agreeing to bar women from voting in the May 11 polls.

Leaders of the Pakistan Muslim League – Nawaz (PML-N), a frontrunner in the general election, and the Jamaat-i-Islami (JI) entered into an informal agreement in Buner district, agreeing to bar women from casting their votes in the provincial assembly’s PK-78 constituency.

Reacting to the ban on women voting in parts of KP, the Aurat Foundation’s KP head, Shabina Ayaz, said it was a serious violation of the code of conduct, and that the Election Commission must immediately take action against the candidates.

Ayaz said written agreements had been signed by party candidates and their workers, especially in parts of the province, however, this time they were relying on verbal accords. She said the agreements would deprive a sizeable population of their votes.

Earlier Friday, the PPP, ANP and JI had entered into a similar agreement in Lower Dir’s provincial assembly seat PK-94.

The JI’s Muzaffar Said, PPP’s Alamzeb Khan and ANP’s Ayub Khan are the major political parties contesting for the seat.

Sources also confirmed that due to the Election Commission’s restrictions, the candidates had made the deal through their ‘local operators’ instead of coming forward themselves.“

The decision was taken at village Bandagai in the Talash area of Lower Dir district. But there is no written document in this regard and we also do not know that there are such arrangements in other areas as well,” said one source.

Political parties have previously barred women from voting in the same area and in adjoining union councils. However, due to the ECP’s strict rules this time, candidates have asked their front men to carry out the agreements.

In another similar incident, a jirga in Swat district’s Amankot village, attended by elders and political candidate/workers, decided that the village women would not cast their votes in the upcoming elections.

Tribal sources told Dawn.com that the decision was taken because of a fight that took place between two party workers 12-15 years back and women had not cast votes ever since.“The

Awakening” is protesting at the Swat Press Club against the incident and said in a statement: “We strongly condemn the decision taken by various jirgas attended by candidates, workers of various political parties in PK-80 constituency of Swat, which decided not to allow women to cast their vote in Election 2013, which is their basic right.”