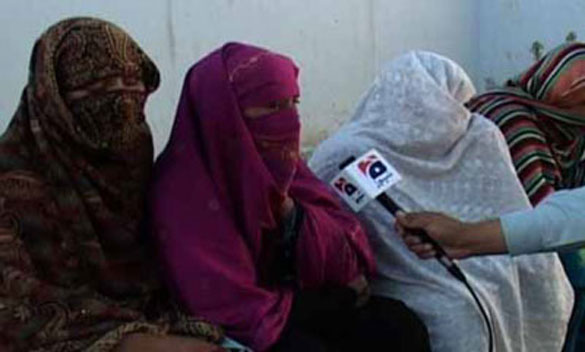 •  Seven-year-old girl crosses over to Pakistan, efforts on to get her back

•  Indian Woman with One Leg Out to Conquer Everest

•  Queen of Jordan to visit Azerbaijan

Egyptian female students are now faced with threats of “going to Hell” if they continue to wear pants at an Alexandria university, north of Cairo, the New Women Foundation reported, citing a news article published by al-Youm al-Saba’a online website.

Female students were surprised to see threatening literature calling on them to abandon the “manly” look and go back to a more “Islamic way of dress.”

Although the majority of Egyptian women wear the head scarf, ultra-conservatives still complain about women’s attire and try, at every available chance, to limit women’s freedom in the country.

“Know women that it is either the hijab or Hell. Why do you refuse your God’s orders?” read one pamphlet.

The literature attributed to the Salafi Call in Alexandria, an ultra Puritanical conservative group who wishes to follow a “purer” type of Islam by returning to its initial form.

The group used a fatwa from a Saudi sheikh that says women wearing pants “are trying to look like men” and according to one of the Prophet’s attributed sayings, he warns men from looking like women and vice versa.

Many ultra-conservatives in the Muslim world see that women dressing practically are refused, and that women should stick to their gender and its “supposed” apparel.

A few years ago in Sudan, where a conservative form of Islamic governing is in place, a woman was flogged for wearing pants.

Despite the widespread use of pants among women in the Islamic world, few see it as threatening of gender lines.