'After Early Islam, Britain in the 21st Century Is the Best Place and Time to Be a Muslim Woman': Aina Khan Delivers Women, Islam and Sharia Speech at Cardiff County Hall

Aina's speech explored the subject of Sharia in historical, present and future contexts, drawing on how its positive application under English law can result in real and legally effective changes for Muslim women.

Aina also answered over 15 thoughtful and pertinent questions from the floor ranging from: 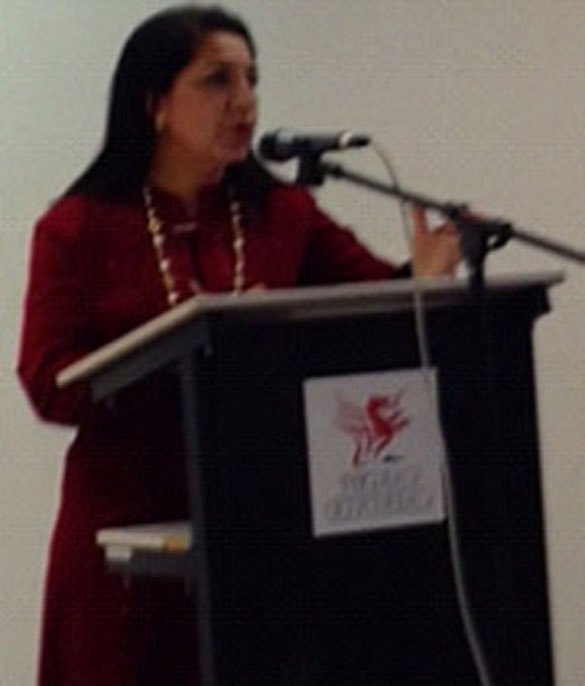 Aina Khan delivered her speech to a full capacity audience at the Conference and dinner, which was held at the Cardiff County Hall on 5th April 2014.

The event saw a large audience in attendance, who expressed high appreciation and gratitude for the way in which the subject was explored. Comments being expressed by audience members after the event included: "It was indeed a pleasure knowing you and having the privilege of spending some time with you. Though short, it was enlightening and thought-provoking and gave us lots of ideas to work on, which will obviously need your assistance, guidance, advice and blessings for which we may not be able to compensate - but I know as you do what you are good at and with sincerity and humility, Allah SWT will reward you not only in this world but Insha’Allah in the Hereafter." - Saleem Kidwai, Muslim Council of Wales "We have been to many lectures, but this one touched my emotions as well as teaching me so much" "This gives me hope for my 7 year old daughter, that she will have a great future" "I attended the event Islam, Sharia and Women yesterday and what an event it was... excellent speaker, inspirational talk, intelligent audience, well organised event. Aina, you presented very clearly and sincerely the real issues that are faced by Muslim women in Britain today and solutions that are possible under Islamic law which are workable in British legal system as well. Bravo!" "I attended your amazingly clear and fascinating talk about Women and Sharia in Islam in Cardiff. I thought it would be amazing in the future if an online Q+A could be arranged with both valuable input from a Sheikh as well as someone like yourself with priceless information and knowledge about English Law coming together, even on a TV show. I hope a concept like this could be taken forward" Concluding the event, Aina added "After early Islam, Britain in the 21st Century is the best place and time to be a Muslim woman. We can apply solutions which give us the best of both Islamic and English law - and there is no clash. If you take away 3 things from this talk, remember:-

Aina Khan is Head of the Islamic Department at Legal 500 recommended law firm Duncan Lewis Solicitors. She is recognised as the leading specialist in Islamic Law in the UK.

Aina regularly makes TV, radio and press appearances. She has also advised parliamentarians and academics on Islamic Law and frequently speaks at the Houses of Lords and Commons as well as lecturing at Universities and community events.

Duncan Lewis, established in 1998, is the largest civil legal aid practice in the UK and one of the country's fastest growing firms of solicitors, serving both corporate entities and private individuals from offices across London and throughout the UK. A recommended leading law firm by Law Society Lexcel, Legal 500; Duncan Lewis employs over 500 members of staff and was the first law firm to achieve the Investors in People Gold Quality Standard Mark in 2009. Representing over 25,000 clients per year, the company has an excellent reputation in the Administrative Court, High Court and Court of Appeal in the Immigration, Public law and Family/Child Care jurisdictions.