Masjid Is The 'House Of Allah’ Where Else Would The Women Pray If Not Here? 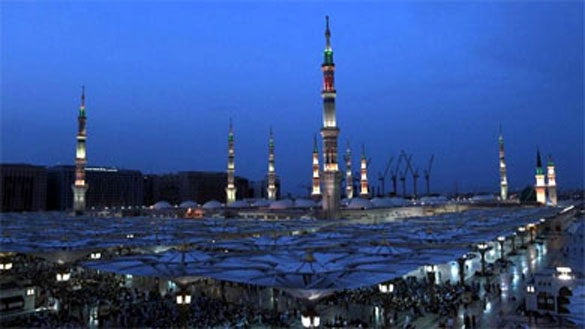 The Supreme Court has referred the Sabarimala case to a larger constitutional bench and also brought under its ambit issues of gender equality from other religions, including the issue of women being “allowed” to enter mosques.

That the right of women to enter mosques should be a matter for the courts to decide upon is ironic, given that there are no Islamic restrictions on women’s entry to mosques. The biggest living proof of this is the Masjid al-Haram in Mecca within which stands the Kaaba, the holiest site of prayer for Muslims. Thousands of women pray within the halls of the mosque five times every day— similar to Masjid an-Nabawi in Medina, the second holiest mosque, the premises of which also hold the tomb of Prophet Mohammad.

In countries that have a majority Muslim population, almost every mosque has dedicated sections for women Namazis. As a practicing Muslim woman, I have had the opportunity to offer Namaz in numerous mosques in Malaysia, Jordan, Iran and Iraq. In the latter two countries, the grand domed structures constructed around the tombs of the Imams revered by Shia Muslims also serve as mosques from where the call for prayer is made and the faithful congregate to offer namaz. Women are present in multitudes every bit as much as the men.

In India as well, we can find numerous instances of women offering prayers in mosques. Perhaps far less so than the aforementioned countries, but the reasons for this are decidedly cultural rather than religious. It also has to do with lack of awareness among women about the fact that they can indeed pray in mosques if they wish to.

Writer and historian Rana Safvi has publicly spoken about and posted on social media her accounts of praying in mosques across the country, from Kashmir to Kolata, Sonepat to Shimla, Bijapur to Barielly. Safvi recounts an experience from a small village in Zafrabad near Jaunpur, at a 13th century Jama Masjid, where she asked the Imam for permission to pray (given that there was no separate area for ladies). The Imam exclaimed that this was the “house of Allah” and where else would she pray if not here?

Asiya Ahmed Khan, a naturalist from Hyderabad, has had similar experiences of praying in congregations at mosques in Hyderabad, including on Fridays, of praying at the Delhi Jama Masjid, the mosque at Connaught Place, at the Bada Imambara in Lucknow, mosques in Mysore and so on. In fact her list includes mosques in Singapore, Thailand, Turkey and even Russia. Sheba Naqvi, a serving magistrate in the UP government — who also happens to be my mother — has prayed in mosques not just in Delhi and Noida, but also in small towns such as Agra, Nainital, Muzaffarnagar, Bulandshahr and Aligarh.

Questions have also been raised about women having a separate designated area to offer Namaz, which is presented as a discriminatory act. In fact, every fraction of space within the mosque holds equal value in terms of worship – there is no sanctum sanctorum. The pulpit from where the muezzin gives the call for prayer is merely a designated spot for giving the azaan, built so that the voice may carry farther. The tenets of Islam stress that the divine presence envelops and encompasses the worshiper, without any particular physical space being the focus of worship.

Perhaps far more than a judgment from the Supreme Court, what is required is the spread of awareness in the remotest corners of the country, should such mosques exist that bar the entry of women.

In fact, to call it “reform” or “transformation” would not be suitable either, for such a practice finds no space among the tenets of Islam. A more apt word would be “realisation” and “course correction”. And it is important to note that course corrections cannot be foisted from above, but are manifested when the realisation emanates from deep within, through heightened knowledge and conciseness.

Original Headline: There are no Islamic restrictions on women’s entry to mosques