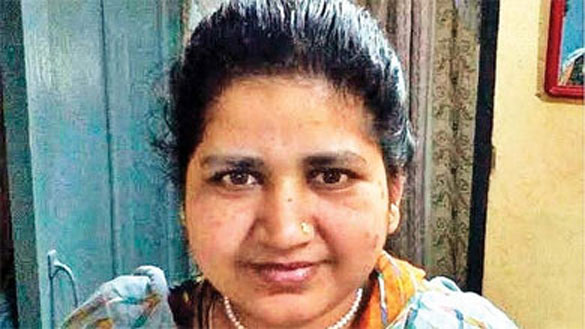 The Supreme Court’s suo motu decision delivered by Chief Justice T S Thakur and Justice U U Lalit, to test the legal validity of triple talaq in one sitting in the petition filed by Shayara Bano, has long been overdue. Shayara Bano – a sociology postgraduate and a mother of two – appealed that triple talaq be declared unconstitutional when her husband ended their 15-year-old marriage by sending her a letter with the word talaq written on it thrice.

Neither does the Quran sanction this form of divorce in one sitting nor was it legally held permissible by the Prophet. Such a practice violates the fundamental principles of gender justice, gender equity, good conscience and the dignity of women strongly enunciated in Islam.

The Prophet denounced the pre-Islamic, patriarchal notion of the husband’s absolute right to divorce, stating that divorce was the most reprehensible of all things permitted: “God has not created anything on the face of the earth that he loves more than emancipation; and God has created nothing upon the face of the earth more hateful to him than divorce” (AD 13:3). The Quran illustrates this point by expressing approval when the Prophet recommended that Zayd should not divorce his wife in spite of the fact that there was long standing dissension between husband and wife. “Behold thou should say to one who has received the Grace of God and His favour, retain your wife in wedlock and fear God” (Q 33:37).

The arbitrary, undisputed, absolute power of divorce by the husband with triple Talaq in a single sitting was the common customary law practised in pre-Islamic Arabia in the days of Jahiliyya or ignorance, where a husband would discard his wife by contemptuously tossing his slipper saying “you are unto me like my slipper”. This is a grave distortion of the law of divorce in Islam and was condemned by the Prophet as the following Tradition demonstrates: “The Messenger of Allah was informed of a man (Rukhana) who divorced his wife three times together, his face became red and he stood up in displeasure and said: ‘Is the Book of Allah being sported with while I am still in your midst?’” (NS 27:6)

This mode of Talaq, once pronounced, is considered “bain” or irrevocable where rights of inheritance cease immediately on pronouncement though the death of the husband or wife may occur during the period of Iddat or period of waiting. Further, in this form of Talaq, if the parties wish to remarry the wife undergoes Halala, a humiliating pre-Islamic practice where the wife went through a marriage with another man which is consummated and subsequently dissolved.

As Justice Ameer Ali points out, legitimacy of the triple Talaq seems to have crept into Islamic jurisprudence at the instance of the Umayyad monarchs. Inexplicably, although disapproved by the classical jurists, it has been accepted by most Sunni jurists.

Unfortunately the legality of this mode of divorce is upheld in India if the husband were to repudiate his wife during her menstrual flow, if he is in a drunken state, in a fit of temper, in jest, at the slip of a tongue, when the woman is pregnant and other such situations, communicated even by means of a telephone call, an SMS, through Facebook or over Skype.

Needless to say Talaq-I-Bidat has devastated the lives of many women and children. Deprived of any opportunity for reconciliation, this mode of divorce has been subject to criticism in several Muslim countries.

Modernist interpretation advocated by scholars introduced reform through the juristic means of Ijtehad (creative interpretation). Several Muslim countries have brought about reform through codification. Countries like Turkey, Tunisia, Syria, Egypt, Morocco, Iran, Iraq, Malaysia, Indonesia and Pakistan have either reformed the law completely or brought about legally stringent preventive measures in this area. Tunisia brought about reform by de-recognition of the triple Talaq within the circumference and perimeter of Islamic law.

The time has come for major strides to be taken to bring about reform and change in the Muslim Personal Law in India. In order to accomplish this, codification of the Muslim Personal Law is an imperative. The process of codification of Muslim Law must now be seriously undertaken by a group of legal experts, experienced jurists well versed in the Muslim law, legal experts, liberal Ulema and scholars in the field. Gender-just laws must be the common denominator. Alongside Muslim women, Muslim men’s organisations must push for change.

If Muslim countries can bring about reform in family laws India must follow suit. In the words of Justice Hidayatullah: “If the lead is coming from Muslim countries, it is hoped that in the course of time the same measures will be applied in India also.”

We await the judgment of the Supreme Court, seeking gender justice.