The rape and torture of Kurdish and dissidents in Iran -- both women and men -- is now widespread and systematic.

Most recently, on May 4, Farinaz Khosrawani, 25, a Kurdish woman employed at the Hotel Tara in Mahabad in Iranian Kurdistan, plunged from a fourth-floor window of the Tara Hotel, Kurdish news media reported. 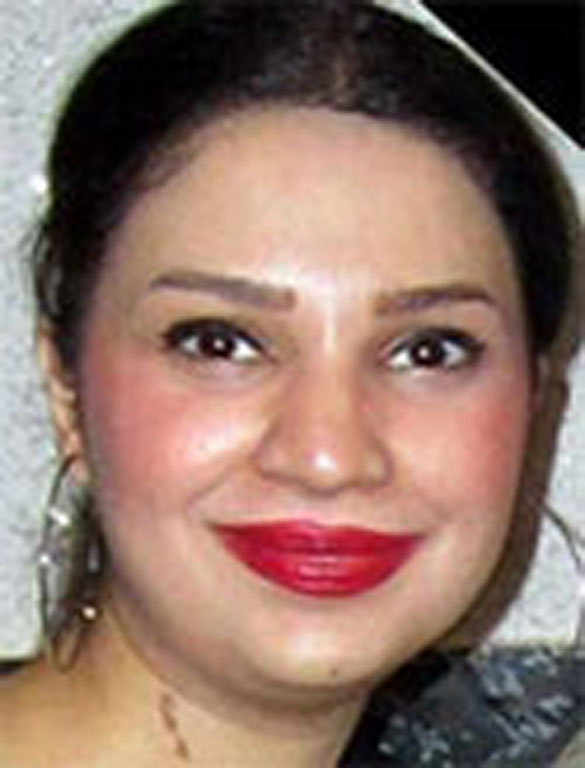 Khosrawani allegedly jumped to her death to avoid being raped by an Iranian government security agent; the circumstances surrounding her death have not yet been confirmed.

Apparently furious over Khosrawani's unexplained death, thousands of Kurds took to the streets, torching the hotel where she had worked. Police officers, according to news accounts, used tear gas to disperse the crowds.

"When Farina's body was found in front of the hotel and crowds started to gather; the government security employee involved was arrested and taken for questioning," according to the Kurdistan Human Rights Network (KHRN). "The news then reached social media and information regarding this issue was widespread. This has caused increased tensions and sensitivity around any news regarding confirmation of Farinaz's cause of death."

Security forces conducted house raids and arrested people allegedly identified in protest videos and photos, according to the KHRN. "Those arrested were taken to detention centers outside of Mahabad; however, their exact location is unknown at this time."

According to Dr. Amir Sharifi, the Director of the Kurdish Human Rights Advocacy Group, the tragic fate of Khosrawani reveals a persistent pattern of institutionalized violence and the murder of women: "Women in Iran as a whole, and Kurdish women in particular, have very little legal protection against sexual harassment or violence."

Shadieh Basami, 23, who set herself on fire after being raped by a soldier from Iran's Islamic Revolutionary Guards Corps, as she told Kurdpa.

Dr. Sharifi writes: "An obvious similarity is the ways in which both the ISIS and Islamic Republic [of Iran] use rape as a political weapon against Kurdish women on the basis of ethnicity, gender, and religion. The only difference is that the Islamic Republic denies its well-documented abuses while ISIS publically defends its enslavement of Kurdish women and girls."

Political dissidents as well as homosexuals have also become the victims of rape and torture in Iranian prisons:

Saeeda Siabi was arrested with her husband and four month-old baby, and raped while in prison.

Mojtaba Saminnejad, an Iranian blogger, journalist and human rights activist, said he was tortured by electrical shocks, threatened with rape and witnessed many rapes in prison.

Maryam Sabri said she was repeatedly raped by her interrogators in an unidentified detention center, after participating in demonstrations protesting the 2009 presidential election in Iran.

Matin Yar, (pseudonym), a young homosexual man, said he was tortured and raped in prison.

A detailed report by Justice for Iran (JFI) also revealed one of the most savage forms of state-sponsored human rights abuse aimed at women in custody in Iran: the raping of virgins prior to execution.

According to the report, many of the detained women were young, many of them were pregnant or had their young children with them at the time of their arrest: "Physical torture, such as being beaten, lashed and raped in front of their children, also created psychological trauma for both mother and child."

"It is important to keep in mind that the suppression and human rights violations in Iran are much worse in the ethnic regions such as Kurdistan," Mahmood Amiry-Moghaddam, the spokesman of Iran Human Rights, told Gatestone Institute. "Ethnic groups in Iran are not happy about the current situation and show their protest to the authorities whenever possible."

The province of Mahabad is of great historic significance for Kurds. An independent Kurdish state -- the Republic of Kurdistan -- was established in Mahabad in January 1946. Although the independent Kurdish Republic existed for less than a year, it greatly inspired Kurdish patriots worldwide.[1]

On December 15, 1946, the Iranian army entered and re-occupied Mahabad, bringing a bloody and brutal end to the Kurdish Republic. The Kurdish Republic's infrastructure was destroyed and the teaching of Kurdish was prohibited. On March 31, 1947, Qazi Muhammad, the President of the Republic of Kurdistan, was publicly hanged in Mahabad by an Iranian military court.[2]

Sixty-nine years after the fall of the Kurdish Republic, the fate of Kurds in Iranian Kurdistan is still in the hands of a regime hostile to them and to all the values of the West.

Uzay Bulut is a Turkish journalist based in Ankara.