Indian ulema seem determined to continue to wallow in their follies. The Lucknow meet of the All India Muslim Personal Law Board (AIMPLB) makes it clear that they will not honestly introspect and change course. In the face of persistent demands from Muslim women and liberal elements of the community for change, it has simply asserted that Muslims have the "constitutional" right to follow their personal law. Of course, they do. But they also have the “constitutional” right to demand that this law be in conformity with their primary scripture, the holy Quran. In an earlier write-up in this space I have shown how that is not at all the case with the Anglo-Mohammedan Law that goes as Muslim Personal law in this country.

AIMPLB General Secretary Maulana Wali Rehmani is seeking to obfuscate the issue by saying that “if the law is misused, corrective steps should be taken, instead of changing the law.” The problem is that it is the law that is inconsistent with the Quran as well as demands of natural justice and gender equality. How is it being “misused” if it allows instant triple Talaq and Muslim men are using that provision to get rid of their wives, with express support from the ulema, often without even pondering the issue. The most vile and obscene practice of “nikah-e-halala,” prevalent only among Indian Muslims now, is a direct result of unthinking divorces due to the law that allows triple Talaq in one session. A well thought out divorce following the method given in the Quran would not lead to such degradation. 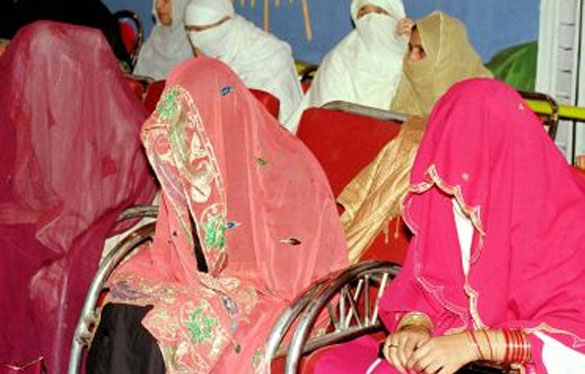 The Board is suggesting “corrective” steps like social boycott for anyone who gives three Talaqs in one sitting. This is juvenile and absurd. Who cares for a social boycott these days and in any case who will monitor the society and what punishment will be given to those in the society who continue to interact with such a person. Then, who will prescribe and administer this punishment. Board ulema seem to be actually living in the 7th century when perhaps such medieval punishments could be effective. Quran, however, though a 7th century scripture, does not prescribe any such punishment. Nor did the second caliph Hazrat Umar, on whose authority the ulema justify the instant triple Talaq as he is supposed to have accepted it as a fait accompli. But he had also ordered flogging for anyone who dared say Talaq thrice in one session.

In any case the issue is that of a bad law, not its misuse. Indeed, this bad law is even supported by infantile fatwas giving legitimacy to triple Talaqs conveyed unilaterally through text messages, internet chats, and so on.

The root of the problem for the ulema lies in the stagnation in Islamic theological thought for over a millennium. Orthodox Islam had called for creative rethinking of issues as and when new situations emerged. This was called ijtihad. It was practised by jurists like Imam Abu Hanifa, Imam Shafei, Imam Malik, Imam Ahmad ibn Hanbal, etc. The gates of ijtihad, however, were closed after that. It was said that fresh thinking is no longer required. No one had the authority to close the gates of ijtihad, but ulema accepted that. This is what has caused the biggest problem. Indian ulema are perhaps the most conservative of all today. They would not even accept what their counterparts in Pakistan and Bangladesh have.

The problem for AIMPLB arises from the fact that its ulema follow Imam Abu Hanifa who is said to have accepted a fait accompli as legitimate, even if the act was haram (forbidden). Other jurists like Imam Malik, Imam Shafei and Imam Hanbal do not accept a haram act as legitimate. The AIMPLB keeps repeating that triple Talaq in one sitting is haram but says that once it is done it is done; it is a fait accompli and nothing can be done about it, it has to be accepted as legitimate.

This is what is taught to Muftis in Deoband and Bareilly and this is what they, therefore, say when asked to give a fatwa on such issues. Shias and Ahl-e-Hadith do not accept this positon. But members of these sects in AIMPLB continue to support its position in the interest of community solidarity, even though this stand is contrary to their juristic understanding and practice. Some people had started expecting something positive from the Lucknow meeting when its Shia member, Maulana Kalbe Sadiq hinted a couple of days ago that the Board might be willing to phase out the abhorrent practice of triple Talaq within a year and a half. But apparently even the Shia and Ahl-e-Hadith members did not press for change.

The AIMPLB should, however, understand that whatever stand Hazrat Umar or a jurist like Imam Abu Hanifa may take, God did not accept the fait accompli as giving legitimacy to a vile act. The most relevant case in point is that of Az-zihar, a pre-Islamic practice that some Muslims continued to engage in after embracing Islam. In Az-zihar, a husband wanting to divorce his wife would simply say that she was like his mother and hope that this would be accepted as an indirect divorce.

This practice made God very angry. In Quran Chapter Al-Mujadila (58), verses 2 to 4, He calls this practice vile and falsehood, and a lie and prescribes punishment for those who engage in such vile practice. He does not accept it as a legitimate form of divorce.

“If any men among you divorce their wives by Zihar (calling them mothers), they (wives) cannot be their mothers: None can be their mothers except those who gave them birth. And in fact, they use words (both) iniquitous and false: but truly Allah is one that blots out (sins), and forgives (again and again). (Quran Sura Al-Mujadila (58), verses 2)

I have made this point earlier, indeed very recently. Yet this bears repetition, as its implications are not well understood. The above verse makes it clear that God does not accept the fait accompli argument in the case of divorce by Az-zihar: Quran tells them clearly “wives cannot be mothers.” Why should a so-called “fait accompli” be then applicable to triple Talaq in one session? Our ulema agree and say repeatedly that the practice of instant triple Talaq is vile and abhorrent and haram. But they don’t even prescribe any punishment for the evil-doer? They are talking of medieval absurdities like social boycott which simply cannot be enforced even if it were to be accepted as a legitimate form of punishment today.

Like ulema around the world, our ulema too should understand that now they are living in the 21st century, in the age of internet. Not only Quran but even the contrasting opinions of various jurists are available to all Muslims. It has become very easy for any interested person to study Islamic scriptures as well as books of jurisprudence.

Triple Talaq is like the proverbial Sword of Damocles hanging over the head of our women permanently. Even in perfectly harmonious marital relationships, the consciousness of the Sword remains present, vitiating the relationship, making it iniquitous.

Progressive Muslims, men and women, are no longer willing to allow this situation to persist. The entire Muslim world has accepted the un-Islamic nature of instant and unilateral triple Talaq. The arguments that AIMPLB has presented before the Supreme Court have already been debunked in Islamic theological literature. Change is inevitable. Indeed, they should accept it as a fait accompli.

Note: This article first appeared in FirstPost.com and is available at: http://www.firstpost.com/india/triple-talaq-row-social-boycott-as-punishment-is-juvenile-aimplb-scholars-must-accept-change-and-follow-quran-3388416.html