Women were a key force in the popular protests that toppled Tunisia's government last year and kicked off the Arab Spring. But now many Tunisian women worry that the new government may want to turn back the clock.

Women were a conspicuous force when Tunisians took to the streets in 2010-11 to oust former president Zine El Albine Ben Ali. But when Ben Ali stepped down on January 14, 2011, it opened up new debates about the role of women in Tunisia.

After gaining independence from France in 1956, Tunisia was one of the most progressive countries in the Arab world in terms of women's status. Women were quickly given the right to divorce and vote. In 1981, in a move to combat what was seen as an outmoded religious custom, Tunisia actually banned the Hijab, or headscarf, in state offices and at universities. 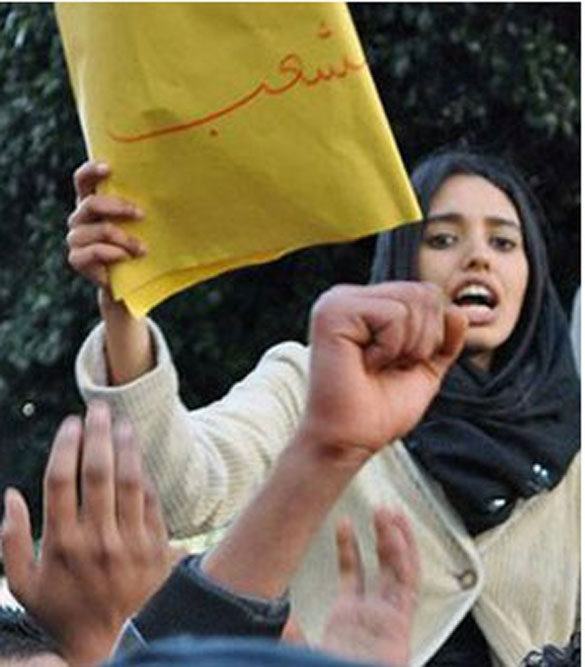 "We want to keep moving forward and not make a U-turn." - Activists fear Tunisia's new government might try to roll back the rights of women

But with the moderate Islamic Ennahda movement having won 40 percent of the vote in the 2011 elections, some women now fear that the government may try to compel them to adhere to certain practices, traditional and otherwise.

"I don't want anyone to force me to do anything," Salma, a young translator from Tunis stated. "If I decide some day to wear a headscarf, or even a burqa, no one has the right to tell me yes on no." The same, she added, applied to drinking alcohol or having a boyfriend.

The Ennahda-led government has repeatedly assured the public that it will not try to roll back the rights of women. But skeptics fear that words are one thing, and actions another.

Since last November, sit-ins by Islamist students have brought the humanities department at Manouba University in Tunis to a standstill. The students have demanded that female students be allowed to wear the full facial veil or niqab while taking exams, and that the university allocate space for daily prayer.

The fight for a truly democratic Tunisia has only just started: men and women are demanding equal rights for both sexes

"It's a false debate intended to distract attention from the truly important problems, the economic and political development of the country," says Rafiqa, an editor at a Tunisian weekly newspaper. "We have to work at ensuring progress in our country, and with that in mind, the women are simply going to have to remove their veils."

Rafiqa herself has worn a Hijab since marriage, but she says demands to allow Niqabs, which could obscure the identity of women taking exams, go too far. She admits she fears such protests could herald the beginning of a two-class society for men and women.

"Tomorrow, there'll be separate busses for men and women, and the day after that separate universities," she complains. "We want to keep moving forward and not make a U-turn."

Others are less interested in cultural issues such as veils and more concerned with female participation in the economy and politics. In elections to the constitutional assembly in October 2011, men and women were supposed to alternate on the lists of the various parties. But the political reality looks very different.

"In the first two transitional governments, there was only a single women," says Najoua Makhlouf, a member of Tunisia's largest trade union, the UGTT. "After the elections, there are only two women in the government. Those are catastrophic results for us women."

After the elections, there are only two women in the government. "Those are catastrophic results for us women," says Najoua Makhlouf, union member and female rights activist

Yet even within the UGTT, with its 48 percent female members, the top positions are exclusively held by men. Makhlouf is one of the few females to have an official union post, in her case the chair of the union's women's commission.

"The mentality is simply sexist," she says. "The social milieu of Tunisian trade unions is traditionally masculine. A quota for women would be our salvation."

But Makhlouf adds that last year's revolution was only the beginning, and that the fight for a truly democratic Tunisia was just getting started. And she's not alone in thinking this way.

"We Tunisians are no longer going to allow ourselves to get trampled on," Salma says. "The politicians have understood this, and they are going to think very carefully about what they do."

Although it generated new debates about the role of women in a Muslim society, the revolution of 2011 clearly showed Tunisian women that they can have considerable political power.