ENDING the harmful practice of child marriage has been a priority for human rights advocates in Pakistan for many years. The global Sustainable Development Goals that aim to eliminate child marriage by 2030 have also led to increased efforts to address the issue.

Implementation of child marriage laws, however, remains fraught for many reasons. Some of the causes behind poor enforcement are widely recognised, including traditional norms, low rates of birth and marriage registration, weaknesses in the police and judicial system. A significant challenge that has not been widely discussed, however, is posed by early marriages that are not forced by parents but are in fact initiated by the minors themselves. Such cases, which appear to be coming before courts in increasing numbers, challenge policy approaches that emphasise criminal regulation of early marriages. 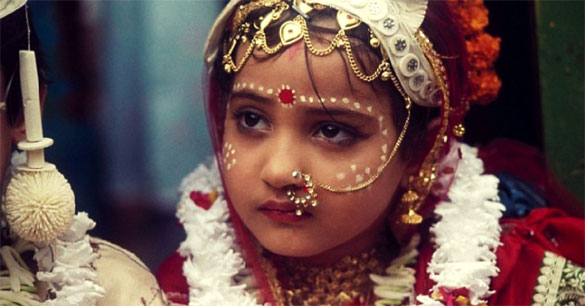 It is not difficult to see why adolescents could choose to marry in our social contexts. Sexual activity outside marriage in Pakistan is not only a social taboo but is also illegal and subject to criminal penalties. This means that adolescents have no legal means of engaging in consensual sexual activity. And the only social and culturally acceptable way for them to explore romantic relationships is through marriage. This poses a real dilemma for child rights activists – and one that cannot be easily brushed aside in light of prevailing social realities: in advocating for the enforcement of laws prohibiting child marriage, we are effectively proscribing legal and culturally acceptable means for adolescents to explore romantic relationships.

Due to emerging trends in South Asian countries, child rights advocates and feminists have stressed that a distinction should be drawn between forced child marriages and self-arranged early marriages. While forced child marriages involve a clear element of coercion, self-arranged early marriages are usually the result of young persons, especially adolescent girls, exercising their agency to pursue romantic relationships, often in the face of opposition by family and community members and sometimes to escape a forced marriage. While there are good reasons for penalising parents or adult males who coerce a girl under 18 into marriage, criminalising self-arranged marriages would expose the girl to greater risks, making her more vulnerable to harm by family or community members.

The denial of a distinction between forced and self-arranged early marriages is based on the assumption that persons under the age of 18 lack maturity and are therefore incapable of consenting to relationships. This assumption is not only inconsistent with child and adolescent psychology, but also with international human rights principles that recognise the evolving capacities of children as they grow older, particularly during their adolescent years.

The Convention on the Rights of the Child, to which Pakistan is a party, requires state parties to ensure that laws and policies protect the best interests of the child while keeping in mind that “children progressively acquire competencies, understanding and increasing levels of agency”. The Committee on the Rights of the Child, comprising human rights experts with the authority to interpret the convention and monitor its compliance, has also emphasised that minimum legal age limits must recognise the rights of any child “below that minimum age and able to demonstrate sufficient understanding to be entitled to give or refuse consent”. 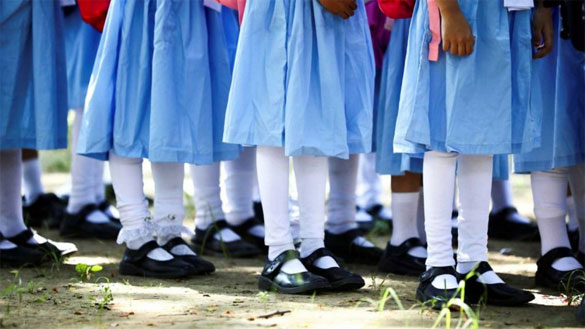 While we do not have clear data regarding the numbers of self-arranged early marriages in Pakistan, we do see many instances of courts grappling with the dilemmas posed in these cases. We see courts validating marriages where girls claim to have chosen their marriage by appealing to Muslim personal law, which is interpreted to permit marriages where a boy or girl under the age of 18 has reached puberty. Counter-intuitively for some, it is Muslim personal law that is used to uphold the free will of the adolescent girl. It is also invoked, however, in cases of forced child marriages and is therefore used to legitimise coercion.

It is undoubtedly difficult to establish whether a marriage is forced or not since there any many forms of overt as well as subtle coercion. Given their young age and vulnerability, it is important that girls be counselled and provided a safe space to express their views before the determination of ‘free will’ is made. However, these options are unavailable and courts often decide these cases based on limited information.

In dealing with cases where the consent of the girl or her age is ambiguous, courts often place a girl in a shelter or in the custody of her parents. Neither option is a ‘solution’ to the problem: a girl should not be placed in her parents’ custody when there is a likelihood that she will be harmed there, and a shelter necessarily means constraints on the girl’s freedom of movement.

Policy measures cannot turn a blind eye to the agencies and capacities of adolescents. It is clear that the many complex and diverse contexts in which child marriages take place pose a challenge to the view that criminalisation is an effective policy response. Much of the policy discourse around child marriage in Pakistan, however, revolves around the minimum age of marriage and harshness of criminal penalties, without adequate focus on crucial services, such as shelters, financial support for young persons, implementation of empowering education policies as well as sexual and reproductive health services for adolescents.

The challenges posed by self-arranged ­marriages highlight the limited options available in our society for young people, especially girls, to exercise agency and imagine lives that are free from harmful social and cultural confines. Our legal and policy responses, as well as our activism, must be much more nuanced and imaginative if we wish to allow young people to achieve their potentials.

Sara Malkani is a lawyer.