From a conservative dress to becoming a global fashion statement, Burqas have come a long way

Even a decade or two ago, burqas were a black loose robe worn by married or elderly women as a sign of modesty. Wearing such a burqa was sort of a religious duty of Muslim women. There was no aesthetic sense or sense of beauty attached to it.

However, it has changed in India now. Burqas have become a global fashion statement after having gone a major makeover. Now designer burqas in many colours and designs have not only changed the way men look at burqa but also the way women look at them. Burqas are now available in many designs and styles like umbrella cut, fish cut, straight fit, waist-coat style, tight fitting with intricate work in sleeves or with leather patch work. 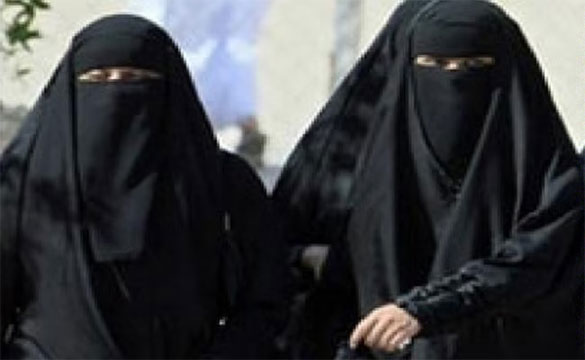 Because of their beauty and stylishness, burqas have now become a part of a Muslim woman's daily clothing. Women have different kind of burqas for different occasion. There are partywear burqas kept only for parties while heavy embroidered burqas to be worn in weddings. Simple and lighter burqas are meant for daily use like shopping, colleges or schools or to offices.

Earlier burqas were worn only by married and older women and young girls would avoid burqas but thanks to the aesthetic appeal of the modern designer burqas, young girls are attracted to them and have started wearing burqas to schools and shopping. It also gives them a sense of security.

Thanks to the growing trend of burqa wearing among all age groups of women, the sales of burqas have gone up. Now women buy designer burqas along with their regular garments for Eid. The sale of burqas goes up by 30 to 50% during Ramadhan.

The burqas have also become a security shield for women in an age when mobile phones with sophisticated cameras have become a part of every man's personal accessories. It has increased the chances of women being video graphed or clicked by rogue men on the street. One reason for young girls and women going for is the protection it gives them from these rogue elements. Since non-Muslim women and girls don't wear burqa, they use scarf to cover their face. It protects them both from prying eyes and rogue cameras.

Now that burqas have become a global fashion statement, they may no longer be considered 'a sign of subservience' and 'debasement of women' as French President Nocholas Sarkozy had described it in 2006.