An Inside Look At the Women of Hezbollah

The EU listed Hezbollah’s military arm as a terror group this week, but what about the organization's "female arm"?

Though women-promoting statements have been made its leaders, the way is still long for complete gender equality within the Shiite group.

The women of Hezbollah are employed in the group's divisions labelled "women's directorates," including the cultural and educational divisions, as well as the society, public relations and media arms. 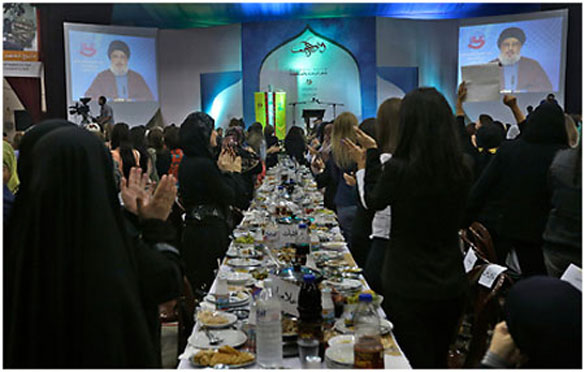 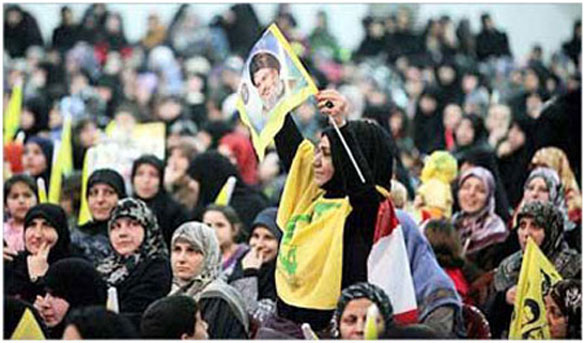 But in military operations, women have only a scant presence, and their role is mostly limited to "combat support," acting as mothers, wives and sisters, preparing the fighters to battle and taking care of them or their families in case of injury or death.

In the past, there have been known instances of Hezbollah women who have operated in the battlefield, though their activities were limited to tracking enemy motions and transferring arms and information.

Al-Samadi is the author of the book "Women on the Political Battlefield," in which she cites Hezbollah Leader Hassan Nasrallah as saying "The woman is integrated in the Hezbollah's agenda in every matter."

This week Nasrallah spoke before the group's women and discussed their role in the "resistance." 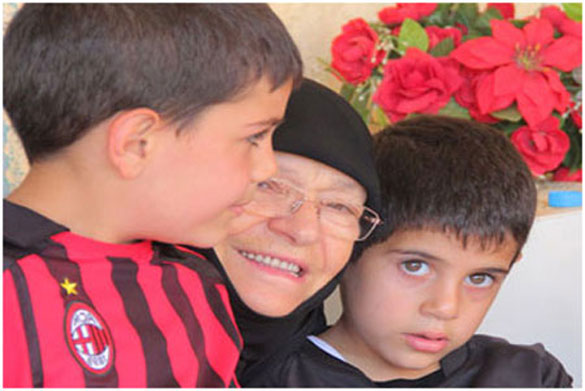 Hezbollah's political arm – which was spared the EU's blacklisting – is still in a grey area as concerns women's role. Though its 1985 announcement of its political agenda made no mention of women's rights, in 2009 the need to increase women's participation was stressed and in recent years, Hezbollah women have been allowed to run for public office in Lebanon's municipal elections.

Already in 1996 the idea arose to let women run for the Lebanese parliament, but the move was shelved until a 2004 conference, a turning point for the group's female members, which adopted the recommendation to increase women's participation in the political front through representation in some of group's decision-making councils. 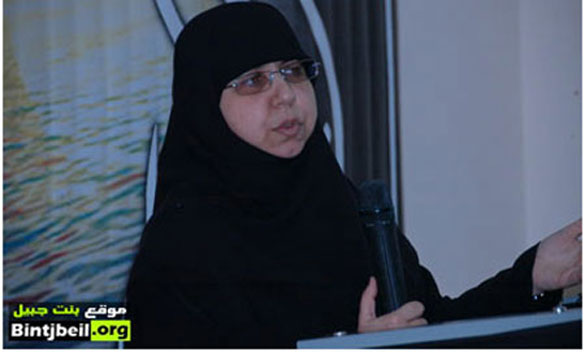 In the same year, a Hezbollah female activist called Rima Fahri made history when she was appointed the first woman in the group's political council, which includes 17 men.

She was followed by Afaf al-Hakim, responsible for the coordinating Hezbollah's women's groups, who won the right to actively participate in the group's executive committee. 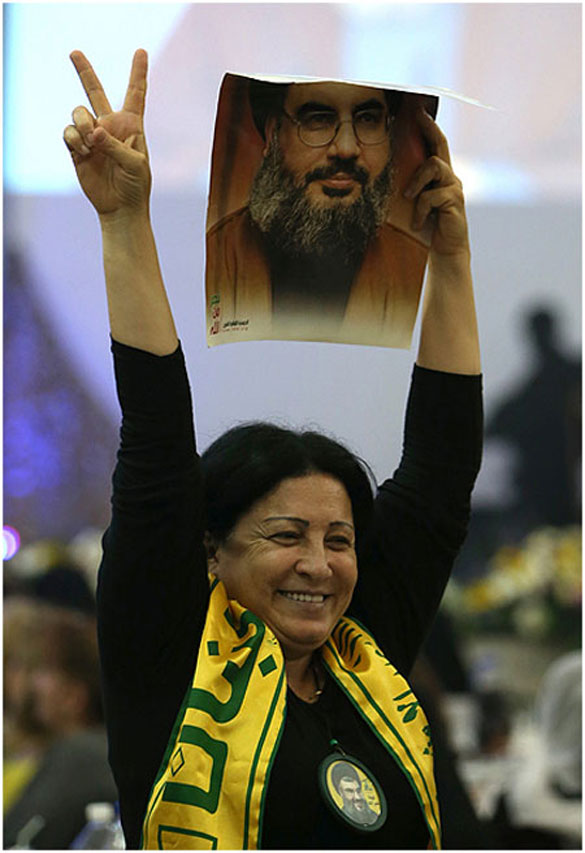 Fahri, who may be construed either as an inspiration to other women in the group or as a fig leaf, has an a agronomics degree from Beirut's American University and an international relations degree from another Lebanese university. She embarked on her career in Hezbollah when she only 18.

"I joined the party in 1985 and started taking part in party activities," she told the Kuwaiti newspaper a-Rei in 2010.

"I passed between many bodies. I was, among other positions, a researcher in the group's research and development centre. Afterward I took charge of cultural issues in the women's groups and was then appointed to head the women's groups in the Beirut area," she said.

"From there I made my way to the group's political council. This 25-year long process was conducted under the eyes of the group's leaders and my political know-how definitely improved during that time, which opened new horizons for me."

When asked whether she has the option to voice objections in the political council's meetings Fahri answered affirmatively: "I have the right to object. It's a natural thing. In the course of every debate I say my opinion and then we discuss it and many times it is taken into consideration.

"I express my views freely and any subject can be discussed, and the results are passed on to the leadership which makes the final decision."

But in the same interview, Fahri was more ambivalent about the possibility of women taking a direct role in the military struggle against Israel. "The women in the group do not participate in the military fight because there's no need for it," she claimed.

Fahri added that "in case of war women are responsible for supplying fighters' needs, and treat the wounded in the battlefield. This field activity is not rigidly organized. All the women in southern Lebanon are considered fighters in the ranks of the resistance.

"Women's presence in education centres, coordination and direction doesn't mean they are disconnected from the military struggle; they take part in it one way or another."

But when asked about Hamas' use of female suicide bombers Fahri's tone became more belligerent: "The woman, like the man, is charged with a holy war against the enemy. The list of women willing to commit suicide attacks in Hezbollah is as long as the men's. If there'll be a need for the party's women to start jihad activities then there's no obstacle to it, ideologically or organizationally.

"However," she noted, "Hamas' struggle against the Zionist enemy is different than Hezbollah's."

In recent months Fahri was interviewed for a study which dealt with women's position in the Arab world after Muslim movements' rise to power in Morocco, Tunisia and Egypt. When asked how Hezbollah's women view the revolts in the Arab world, labelled the Arab Spring, Fahri answered: "We've expressed our support more than once for uprisings in the Arab world, but in non-violent ways.

"We're ready to cooperate with sisters in the Arab world by passing on our experience – which will help in establishing institutions and associations which will promote human happiness. Our experience is available to all, and we've met with Muslim sisters in Egypt on several conferences before."

Fahri is winning more and more ground in the Lebanese media. Most recently, she expressed her opinion on Lebanon's internal situation and said Lebanon needs a widely-accepted prime minister who will not provoke any of the various Lebanese factions.

Though she seemed supportive of the Arab Spring, Fahri toed the party line as far as the Syrian civil war goes. "The war against Syria is part of the war against the chain of resistance (against Israel, the US) in which Syria is one of the links, and now it is paying the price for not abandoning the resistance," she said.

Like Fahri, wives of Hezbollah fighters involved in the Syrian crisis try to form a united front in support of Hezbollah's active alliance with President Bashar Assad's forces, despite the difficulty in explaining the group's embroilment outside of Lebanon. 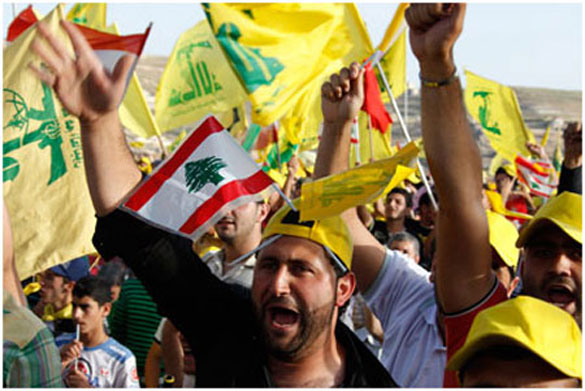 The way to the top for Hezbollah women is still a long one. When Fahri was asked in the course of the aforementioned study why women still do not take part in parliament or in government she explained that "There is no organizational or religious objection to a woman parliament member or minister.

"Many municipal councils have female members. Without getting into Hezbollah women standing for parliament, what's important is to focus on influence, and the sisters influence the society and the environment."

But when Fahri was asked in the Kuwaiti newspaper interview in 2010 about the disparity between her group and Hamas, in which 2006 party elections 13 women filed for positions in the group's legislative council, she said that "our non-participation in the parliamentary elections is derived from several reasons which concern the Lebanese political arena, the election law and Hezbollah's alliances. It's known that Hezbollah gave up a lot of its quota for its allies."

Prof. Eyal Zisser, dean of the humanities faculty in Tel Aviv University, was unimpressed with the Hezbollah women members' arguments. "In Lebanon, women live in a traditional society," he said.

"Nevertheless, there are women activists, especially after their husbands are murdered, and there are parliament members and ministers in Lebanon, for instance Bashir Gemayel's wife, who was a parliament member for many years," he said.

"But it doesn't exist in Hezbollah. They have women's groups, but no women in the forefront. It's very traditional and patriarchal, like with our haredim."

Prof. Zisser added: "Women there are behind the scenes. You don't see them in the rallies, there are special events for women by educational institutions, and things along those lines.

"In the Shiite Amal movement, the leader's wife, Nabia Beri, is very dominant behind the scenes and everyone knows she runs the operation. The reason is that Amal is secular, while Hezbollah is a religious group."