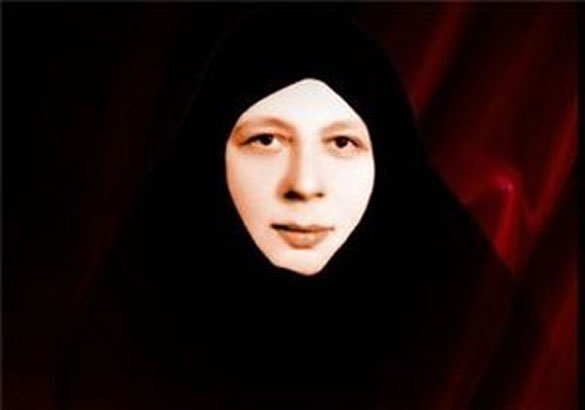 The modern-day notion of “self-expression” has become a truly destructive ideology—and unfortunately—its primary victim is the woman. Why is it that this notion of freedom—intended to be liberating and progressive—has become confining and backwards for women? Because the method of expression in secular societies is rendered primarily through materialism. Rather than actualizing our potential for Love, Mercy, Compassion—indeed all the divine attributes that are inherent to us—we have reduced our identity merely to the need for self-expression through some kind of medium. Through some kind of material thing.

But no matter how much we indulge in vanities like make-up, clothes, cosmetics, luxury, music, fashion, and culture, no amount of material gain in this world will ever be able to express the روح (spirit) that is a part of me.

Women in so-called modern societies are conditioned from a very young age to think that their self-worth is directly linked to their outer appearance. This is a detrimental way of thinking. Rather than pursuing scholarly and scientific endeavours, we are told we need to spend our time perfecting our looks by buying make-up, jewellery, and subscribing to the latest fashion trends. Girls who are brought up in such a culture grow up highly prone to depression and low self-esteem. The social conditioning of women in America is destructive to the most visceral notions of what it means to be a woman. It undermines the woman’s ability to contribute to society—and worse—it undermines the ability of Mothers—the nurturers of society—to raise future generations.

Sayyidah Amina Haidar al-Sadr, may Allah be pleased with her, dedicated her life in combating the material and secular influence that are the core of modern society. Yes, she spoke out against Saddam, but Saddam was one dictator. The larger fight—the global struggle—is against the forces of arrogance and oppression in the world. Like her brother, Shahid Mohammad Baqir as-Sadr, Amina as-Sadr sought to curb the influence of Western colonization and imperial endeavours in the Islamic world.

Amina Haidar Al-Sadr—known as Bint Al-Huda (the daughter of Guidance)—was a Mujahadah. With the power of her ideas, her creativity, and her sharp intellect, she tackled the tyrants of imperialism and combated the moral bankruptcy of modernity. Her jihad was in an intellectual jihad. A battle between two sets of ideals: one worldly and materialistic, the other divine and transcendent. It was throughout the course of this struggle that she achieved martyrdom – of course, with help and guidance and of her brothers Sayyid Ismail Alsadr and Ayotallah Sayyid Mohammad Baqir Alsadr.

Bint al-Huda possessed a keen insight beyond her years. An insight that allowed her to perceive the damaging impact that was being inflicted upon the Islamic nations—specifically through the objectification and subjugation of women. Like Shahid as-Sadr, she was a prolific writer from a very young age. Her stories were written with simple language, but tackled complex ideals and morality on a societal level. With the power of her pen, she presented a healthier, wholesome, nurturing conception of women and their role in building and safeguarding a harmonious society. Before long, her writings became lanterns of light that illuminated the way forward for Muslim women.

Sadly, Amina Bint al-Huda was unable to complete her work. The oppressive Pharoah of the Baathist regime was well aware of the as-Sadr’s struggle for the sake of Islam. In April 1980, Saddam’s forces arrested Bint Al Huda and her brother Sayyid Mohammad Baqir as-Sadr. What ensued was 3 days of unimaginable torture and cruelty before they were martyred. To God we belong and God we shall return.

If we can acquaint ourselves with these ideals, we will find that in our community, in our society, we are far from actualizing them. We have been conditioned, colonized, and we barely even know it. We have a responsibility—to Amina Bint al-Huda who selflessly gave her life—a responsibility to ourselves, our children and our future—to wake up and start thinking.