Can A Woman Only Choose One – Hijab Or A Successful Career?

Not too long ago, the Hijab was considered a choice; a woman’s right if she wanted it to be. Today, not only is it a source of contention and a consistently hot topic of debate, it is considered a form of subjugation.

In all honesty, I cannot comprehend how or why the Hijab seems like such a hindrance, especially when only some women wear it in our country. Whether these Hijab arguments stem from abhorrence, fear or just narrow-mindedness, I do not know. What I do know is that we argue about it behind a very subjective definition of ‘liberalism’. 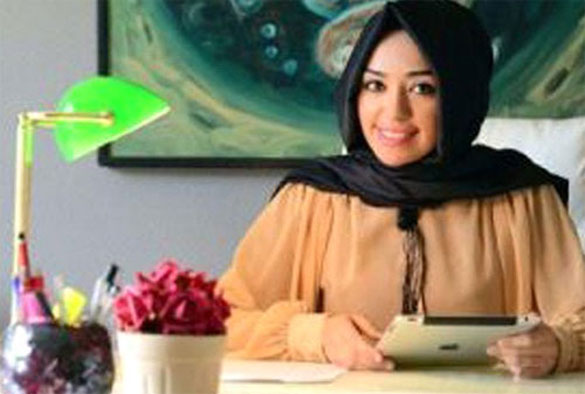 The Hijab, instead of confining me, makes me feel free. And I can surely say that contrary to what people assume about ‘Hijabi’ women, I have gained more confidence and self-assurance now that I don the Hijab as a regular practice. PHOTO: AFP

These ‘liberals’ argue that the Hijab curtails the rights of women and threatens their freedom of choice. In my opinion, such arguments are against the very definition of liberalism since they keep women from wearing what they choose to wear.

I ask you, why women who choose to are cover their heads criticised and punished for doing so when their counterparts are encouraged to wear what they please; in fact, they are appreciated for their appearance.

I have come across many women wearing the Hijab who were unable to progress beyond a certain level in their careers. On the other hand, we all see women who do not wear a Hijab climb the career ladder with fair success.

Alas, we live in a world where appearances often take precedence over a person’s skills. In such a superficial world, it is very difficult for women wearing the hijab to reach the positions that they aim for. I have yet to come across a Hijab-wearing lady heading a department or organisation.

In a nutshell, wearing a Hijab can cause difficulties for women who are career-oriented. While this may make sense in western countries, it is sad that this trend exists in the Islamic Republic of Pakistan as well. They are often held back from important positions, only because they choose to exercise their freedom of choice and wear a Hijab.

Does it always have to be a harsh compromise?

Can a woman only choose one – Hijab or a successful career?

I have been fortunate that my decision to wear the Hijab – although laden with challenges – has earned me innumerable approvals. And apart from the approvals of people, my heart is content with the knowledge that I am covered in the way that I am supposed to be and that I am following in the blessed footsteps of the wives and daughters of the Prophet (pbuh).

Moreover, the Hijab – instead of confining me – makes me feel free.

And I can surely say that contrary to what people assume about ‘Hijabi’ women, I have gained more confidence and self-assurance now that I don the Hijab as a regular practice.

I am lucky that my Hijab has not gotten in the way of my professional life and, in my opinion, clothing and accessories should not be used to restrict women from achieving their ambitions. It is simply a personal expression of faith and should be treated thus and nothing more.

Islam has ordained duties and responsibilities for both genders according to their capabilities. There is no doubt that the role of a woman is as necessary as that of a man for a society to progress in a balanced manner. A state cannot flourish if 50% of its populace is kept from contributing to its social, economic and spiritual development – especially on the basis of such absurd criteria as whether they cover their head or not.

Islam is a complete religion and it gives equal rights to men and women. It desires both, men and women to strive for excellence in personal, academic, community and spiritual development. And the Hijab was never meant to isolate women or keep them from achieving their goals. It is not meant to restrict women.

On the contrary, it is meant to safeguard and protect them.

A Hijab ensures modesty, keeps people from thinking immoral thoughts or approaching women in an inappropriate way. In this day and age, when women are subjected to numerous forms of harassment – at work, in social gatherings and in public places – the Hijab actually helps keep such unwelcome advances at bay.

So, I ask you, how is this a bad thing, especially in the workplace?

I hope that ‘conservatives’ and ‘liberals’ can move beyond this argument of whether the Hijab is a personal choice or not and learn to do what this world needs most – live and let live.

Quratulann Shakoor Shahid is a student of mass communication, working as a free lancer. Hobbies include reading, writing and travelling. A mother of three connected with parenting magazines.