Feminist. Disgrace. Martyr. Joke. Qandeel Baloch was called “Pakistan’s Kim Kardashian,” the country’s first social media star — a figure of intense fascination and outrage, adored and reviled for posting videos of herself half undressed in bed, mocking mullahs and promising to perform a striptease for her viewers if Pakistan’s cricket team won a match. In 2016, the youngest of her six brothers, Waseem Azeem, strangled her while she slept, in a so-called honour killing. She was 26. Azeem was nonchalant when arrested. “You know what she was doing on Facebook,” he told the press. 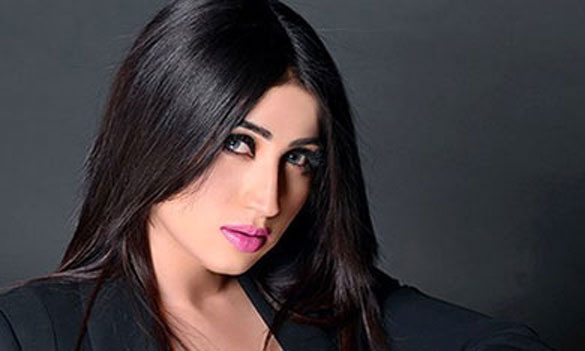 In “A Woman Like Her,” an exemplary work of investigative journalism, Sanam Maher delves into the story of a woman as misunderstood in death as in life. Maher conducted hundreds of interviews — with Baloch’s family, the media, mullahs, feminist activists, and experts in cybercrime— to indict the society that enabled and applauded Baloch’s murder.

Waseem Azeem and his associates killed Qandeel Baloch, Maher argues, but they did not act alone.

In her videos, Baloch often affected an American accent. She claimed to be the pampered daughter of a rich landlord. In the days before her death, however, her real identity was revealed, and a starkly different reality emerged.

Baloch was born Fauzia Azeem, one of nine children raised in a poor village in Pakistan’s Punjab Province. At 17, she was married off to her mother’s cousin. He beat and tortured her, and she fled with her young son to a women’s shelter. Her parents pleaded for her to return to her husband. Only when Baloch’s mother was preparing her daughter’s body for the funeral shroud did she see the cigarette burns on her arms.

While in the shelter, Baloch relinquished her baby to her husband’s family. “I need to make my own life,” she told the supervisor. “Whatever I want to do, I cannot do it with a child hanging on to me. I’ll become helpless.” Her first brush with celebrity came when she auditioned for “Pakistan Idol” in 2013 and clips of her hysterics after being rejected from the show went viral. She began posting online in a persona that combined playfulness, a daffy, almost campy sexuality, intense vulnerability and plain oddness. “Guys, who want to watch my next nasty clip?” she might post, followed the next day by a video of herself crying, trying to twerk or complaining of a bad headache.

Her comment sections were horrifying places, filled with abuse and death threats: “If I find this woman alone, I would kill her right on spot”; “Finding a gun send me her address LOL.” Baloch would often dismiss the vitriol. “Love me or hate me, both are in my favor,” she posted on Facebook. “If you love me, I will always be in your heart. If you hate me, I’ll always be in your mind.” She could zero in on the hypocrisy of her viewers. (“You’re going to miss me when I’m gone,” she once posted. “You like to watch me, and then you like to say, ‘Why don’t you just die?’”) Other times she wept and wondered why her followers hated her.

In the spring of 2016, Baloch appeared on a comedy show with the cleric Abdul Qavi. A few months later, she posted photographs of them together in a hotel room, her wearing his cap. “Yayyyy,” she tweeted. “Having memorable time with #mufti Abdul Qavi.” A media furore erupted, and Baloch’s real identity was discovered and publicized. There were rumours of a fatwa. Baloch spoke fearfully of her brothers, and worried she might have to go underground. A month later, she was dead.

There’s every temptation to sentimentalize and simplify Baloch. Maher notes how easily her story slotted into certain news narratives, like the way international media lauded Baloch for giving “voice to a generation of Pakistani women.” But the more the author followed the story, the less appealing, ethical and useful such projections and generalizations seemed.

Baloch cannot speak for herself, and Maher allows her to remain elusive, a figure who fashioned her public face out of truth, yearning and exaggeration, and who possessed a dogged insistence on living her life on her own terms. Her book attempts to tell a broader story exploring the fractures opened in Pakistan by social media, which offers and even encourages a kind of freedom and daring of self-presentation that exist in deep conflict with a conservative society. “What kind of place created a woman like Qandeel?” Maher asks. “Why did her story receive such great attention? Why are we still so fascinated by her, and when we watched her videos or saw her latest photograph, what was her image reflecting back to us?”

In the wake of Baloch’s murder, the loophole in the honor-killing law allowing family members to pardon killers (often relatives) has been closed. In September, Waseem Azeem was sentenced to life in prison, and one of Baloch’s older brothers has now been extradited from Saudi Arabia for his involvement in the crime. Other alleged conspirators have been released, however, as was Abdul Qavi, who was accused of inciting the murder. Supporters showered him with rose petals as he left the court.

In 2017, it was announced that the Pakistani actress Saba Qamar would star in a television special about Baloch’s life. A trailer was posted online; the comments that followed were swift and chilling: “Saba Qamar should also be murdered in the same way.”