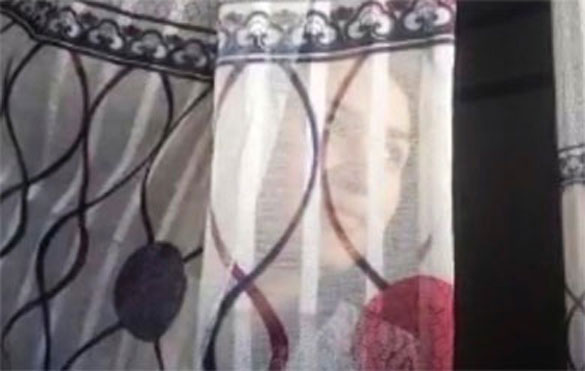 Sultana pursued an education from inside her home in Afghanistan after the Taliban threatened to douse her with acid if she went back to school. Because of the danger to her and a photographer if she was visited there, her picture was taken via Skype. Credit Andrew Quilty for The New York Times

OF all the students preparing to go to college this fall, perhaps none have faced a more hazardous journey than a young woman named Sultana. One measure of the hazard is that I’m not disclosing her last name or hometown for fear that she might be shot.

Sultana lives in the Taliban heartland of southern Afghanistan, and when she was in the fifth grade a delegation visited her home to warn her father to pull her out of school, or else she would have acid flung in her face. Ever since, she has been largely confined to her high-walled family compound — in which she has secretly, and perilously, educated herself.

“I’m unstoppable,” Sultana laughs, and it’s true: She taught herself English from occasional newspapers or magazines that her brothers brought home, in conjunction with a Pashto-English dictionary that she pretty much inhaled. When her businessman father connected the house to the internet, she was able to vault over her compound walls.

“I surrounded myself with English, all day,” she told me by Skype. Today her English is fluent, as good as that of some Afghan interpreters I’ve used.

Once she had mastered English, Sultana says, she tackled algebra, then geometry and trigonometry, and finally calculus BC. She rises about 5 a.m. and proceeds to devour calculus videos from Khan Academy, work out equations, and even read about string theory.

Sultana, now 20, says she leaves her home only about five times a year — each time, she must wear a Burqa and be escorted by a close male relative — but online she has been reading books on physics and taking courses on edX and Coursera. I can’t independently verify everything Sultana says, but her story generally checks out. After reading a book on astrophysics by Lawrence M. Krauss, a theoretical physicist at Arizona State University, she reached him by Skype, and he says he was blown away when this Afghan elementary school dropout began asking him penetrating questions about astrophysics.

“It was a surreal conversation,” Krauss said. “She asked very intelligent questions about dark matter.”

Krauss has become one of Sultana’s advocates, along with Emily Roberts, an undergraduate at the University of Iowa who signed up for a language program called Conversation Exchange and connected with Sultana. 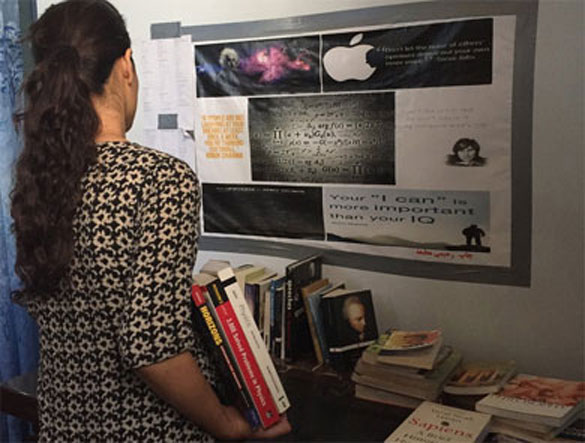 Sultana at her desk in a photo taken by her family

By Skype, Emily and Sultana became fast friends, and soon they were chatting daily. Moved by Sultana’s seemingly unattainable dream of becoming a physics professor, Emily began exploring what it would take for Sultana to study in the United States.

With Emily’s help, Sultana has been accepted by a community college in Iowa, with a commitment by Arizona State University to take her as a transfer student a year later. Emily started a website to raise money for Sultana’s university education.

Sultana reminds us that the greatest untapped resource around the globe isn’t gold or oil, but the female half of the population. Virginia Woolf wrote that if Shakespeare had had an equally talented sister, she never would have been able to flower — and Sultana is Shakespeare’s sister. Yet it’s also clear that internet connections can sometimes be a game changer.

Sultana’s family is wary of her passion for education but surrenders to her determination. “My mom said a lot of mouths will be open, a single girl going to the Christian world,” she said. “But I will die if they stop me.”

Unfortunately, the United States isn’t helping. Last month, the U.S. Embassy in Kabul rejected her application for a student visa. That happens all the time: Brilliant young men and women are accepted by American universities and then denied visas because, under U.S. law, they are seen as immigration risks.

(As a Muslim, Sultana would also be barred by Donald Trump’s proposed ban on Muslims. I asked her what she thought of Trump, and all she would say, with quiet dignity, was: “He thinks all Muslims are bad. It’s painful.”)

Michelle Obama has pushed an impressive campaign called Let Girls Learn, yet her husband’s administration has never seemed as enthusiastic, and America routinely denies visas that would actually let girls learn. The United States spends billions of dollars fighting terrorism by blowing things up; I wish we understood that sometimes the most effective weapon against terrorists isn’t a drone but a girl with a book.

The Taliban understand this: That’s why their fighters shot Malala Yousafzai in the head. If only we were as clear-eyed as the Taliban about the power of girls’ education to transform societies.

Sultana now spends her days working on calculus equations, listening to Bon Jovi and doing household chores while listening to the BBC or self-help audio books. It also turns out that she is a long-time Times reader and gets my email newsletter. She’s now working her way through more serious reading: Kant’s “Critique of Pure Reason.”

Sultana has set up another appointment for a visa, for June 13. It won’t be Sultana who is tested but American policy itself. I’ll let you know what happens.