2.    Many countries have minimum marriageable age for girls at 18.

4.    Child marriage is a problem even in European countries.

5.    Implementing the law on marriageable age will be a huge task for government in India. 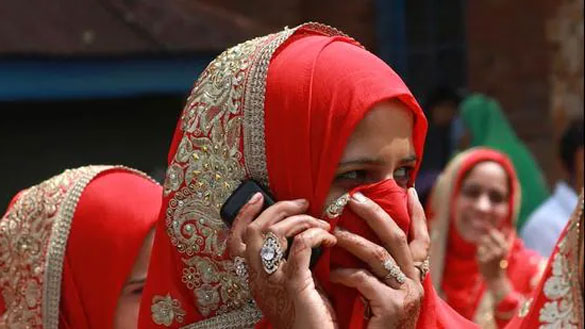 The union cabinet on Wednesday cleared a proposal to bring uniformity in the marriageable age of men and women. (Representative Photo/HT File)

The government has announced that it will raise the marriageable age for girls from 18 years to 21 years. Earlier the age was 18 years. The bill will be introduced in the Rajya Sabha next week. But the move of the government has come in for criticism from some political parties. CPI (M), SP and IUML and AIMIM have opposed the bill. It is to be noted that only Muslim centric parties like IUML and AIMIM have opposed the proposed bill. As for the Samajwadi Party, only Muslim members or leaders have opposed the raising of the marriageable age of girls. As for the CPIM (M), the opposition is the for the sake of opposition. Secondly, after their debacle in the last assembly elections, they are trying to woo the Muslim community which was once their vote bank. Therefore, CPIM’s opposition to the proposed bill should be seen in that perspective.

It should be kept in mind that any bill for raising of the marriageable age of girls is not meant only for Muslim girls. It will be applicable to the girls of all the communities. But it was seen that mainly Muslim community has expressed their reservations on the bill.

Also Read:  Amendment Of The Marriageable Age For Girls In India In The Legal Islamic Framework

It is generally seen that Muslims see any policy of the government with suspicion. Only Dr Zafarul Islam expressed his views from a social point of view and not from the point of view of the Muslims. According to a news paper report, Mr Islam said, “There is no Islamic rule in India and the government has the right to take decisions from the social point of view. If the girl attains puberty even before 18 years of age, should she be married off? She should not be married off until she passes high school or intermediate examination. He further said that we should accept decisions based on social concerns and should not oppose every decision of the government. There is no harm in it.

Dr Zafarul Islam’s stand is based on a pragmatic approach on social issues. Islam does not prescribe an upper age limit for marriage of girls and on many issues Islam suggests decisions on social issues on the basis of Maruf (accepted social norms not against the spirit of Islam).

During the initial stages of Islam, it was the accepted social norm of the Arab society to marry off girls when they were minor. In one case, a girl during that period became a grandmother at the age of 20.Will the Muslims of today accept this as an ideal and insist on marrying off their daughters at the age of 10 or 12?

Dr Shafiqur Rahman’s argument against the bill is that if the marriageable age of the girls is raised, it will promote waywardness sexual corruption among the girls.  He also argues that with the bill in operation, parents will have to wait for the marriage of their girls and it will be a burden for them. The arguments do not hold water as Muslims had protested when the marriageable age of the girls was fixed at 18 years. They had presented the same arguments. The behavior of a girl or a boy depends not on age but on their upbringing and social environment and the values at home.  Secondly, a large number of girls remain unmarried beyond marriageable ages due to poverty and other social problems. How much concern our Muslim leaders for their marriage?

Mufti Mokarram’s argument is that this bill will not be acceptable to the non-Muslims also. If it is so, we should not worry for what the non-Muslims will react. At the moment, non-Muslims have not shown any opposition to the bill in  a big way. 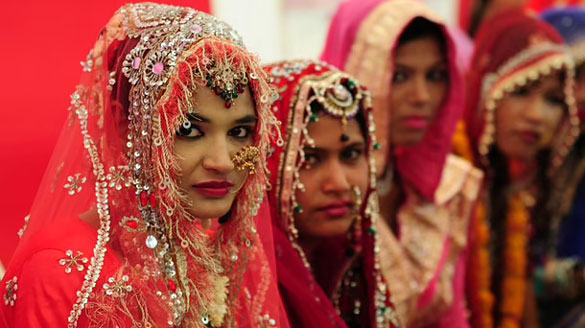 As in the case of Triple Talaq bill, in this case as well the Muslim leaders have not made any survey of the Muslim mind to ascertain their collective view on the issue. They presume that whatever stand they will take on an issue, the Muslim community will support it. But this was proved wrong in Triple Talaq case when the 50% to 60% Muslim population did not oppose the Triple Talaq bill as per Pew Research. As for a common Muslim, the issue is not of paramount importance as most girls enroll for education and they complete matriculation at the age of 15 or 16. After that they try to enroll for Higher studies and their aim is to be at least graduates which they complete by the age of 20 or 21.

This bill will give girls ample time to complete their graduation and even pursue higher education since the parents cannot force their girls to marry before the age of 21.

In today’s social milieu, most parents want to make their girls educated. With the facilities for education for girsl available in almost all the towns and cities and even in villages, parents want their girls to be educated so that they can be married off in well to do educated families.

The only challenge for the government will be strict implementation of the law as majority of the rural and semi urban population is semi illiterate.  Child marriage is a social norm in most rural areas irrespective of religion and caste. Parents want to get their girl married as soon as they attain puberty to relieve themselves of their social and parental responsibility.

Therefore, it should be the headache of the government and not of the Muslim community alone when the bill is meant for the entire country.