Online Harassment of Women: Muslim Society Has Not Come To Terms with Modernity and Women's Liberty

1.    Loujaine Hathloul was tortured and sexually assaulted by Saudi authorities. 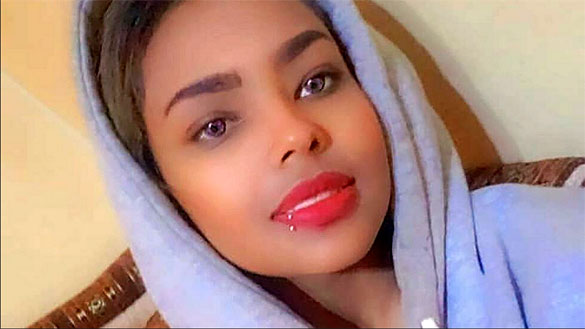 Entisar al Hammadi tried to commit suicide "due to the decision of the central prison administration to transfer her to the prison’s prostitution section". (AFP)

When in January 2022, cyber criminals with communal mind-set put famous Muslim women of India on 'sale' or 'auction' online, there was widespread protest and outrage. About 180 female Muslim journalists, lawyers, writers, human rights activists and socialites were put on sale or auction on Sulli Deal and Bulli Bai apps hosted on GitHub. FIRs were filed but no stern action was taken against the culprits. This was taken as the manifestation of the growing hatred against the Muslims in India and an apathy and indifference of the government towards the Muslims. But the harassment of Muslim activists, journalists, jurists and artists by the governments of Islamic countries shows that the Muslim women are not safe even in the so-called Islamic countries. Both the government and the common Muslims in Muslim countries seem to be hostile to the women who have dared to break the stereotype and make a place in the male dominated society. These women face harassment, sexual abuse and humiliation by the Muslim males for being liberated and challenging their male ego. The Muslim society has not come to terms with modernity and women's liberty and sees Muslim women working as judges, journalists, actors, models and even politicians as 'loose' and so not worthy of honour and respect. They are simply 'prostitutes' to them.

Recently, Intesaral Hamadi, a Muslim actress and model of Yemen was tortured and given electric shock in prison by the Houthi militia for being a model which to them is immoral. She was accused of prostitution and drug addiction, which she denied.

Muslim women are being increasingly harassed and sexually assaulted in many Islamic countries like Bahrain, Morocco, Egypt, Jordan, Lebanon and Tunisia. In Lebanon, women journalists and activists are harassed and assaulted. In the last few decades harassment and sexual assault on women on social media has increased as social media has become a powerful tool which can be misused by people with bad intent easily. Online sexual harassment has been reported by women from Islamic countries in big number and the government seems non -committal towards protecting women from online harassment. Muslim women of Malaysia say that they are facing online harassment for being Muslims. Egypt is one of the most dangerous countries for women where women are regularly stalked, groped and harassed by men and the government feels helpless against the widespread malpractice. One of the female journalists of Lebanon Maya El Emmar says:

"Thanks to our own experience with gender-based violence in the offline world, we have rationalized the reality that our virtual world would only naturally mirror our off-screen existence. Thanks to the women whose inspiring trajectories have often had to be turned into outright warnings for their successors, we have perhaps unintentionally come to terms with the inevitability of going about our lives being victimized. It turns out that as girls we all had to be born prepared, though unarmed. And the worst part of it all is realizing decades later that as women, we still are unarmed, underequipped and uncared for. So we might as well care less for ourselves and our own wellbeing. Mightn't we?"

Her words betray her helplessness in the society where she accepts this treatment as normal behaviour.

Worse, the governments of some Muslim countries actually commit or perpetrate online or offline sexual assault and harassment of Muslim women activists and anti-government protesters. 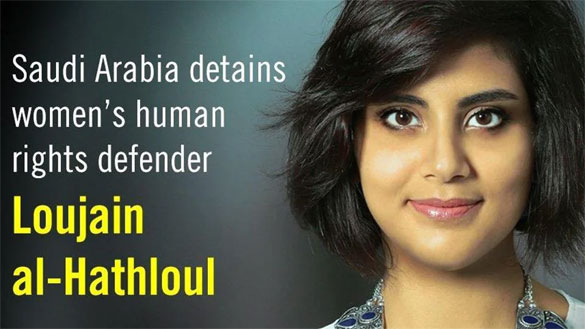 Saudi Arabian human rights activist Loujain Hathloul was jailed for five years for demanding right to drive for women and changing guardianship laws for women in 2018. She was tortured in a secret prison in Dhabhan and sexually assaulted by male authorities. The police official even touched her thigh and put his hand inside her underwear saying that since she was a liberated woman, she wouldn't mind that. The horrific nature of behaviour of the police officers of an Islamic country was so disturbing even to the prison guard that he secretly reported this incident to the Human Rights Watch. To him this behaviour inside a Saudi prison was unprecedented.

In January 2022, the Indian Muslim woman journalist and Washington Post columnist, Rana Ayyub was assaulted online with a barrage of abuses and death and rape threats for criticising the Saudi-led coalition for killing Yemeni civilians.

The online sexual harassment and character assassination of professional Muslim women by the pro-government groups in Tunisia has become a major concern for women in the country. The people are protesting against the sweeping powers of the President Kais Saied. The government sacked 54 judges for protesting against the referendum that gave sweeping powers to the president. When women judges protested, they were harassed and sexually assaulted by pro-government forces. A female jurist Khaira al Khalifa was assaulted online through doxxing, a new process of online harassment employed by the government. Under this process, personal information and documents of victims are extracted with the help of the Israeli spyware Pegasus of NSO company and posted online to cause an embarrassment to women. Another jurist’s medical report was extracted and posted online and on the basis of the report, she was accused of adultery. Another woman activist was ordered a virginity test by the police. Such ways of harassment has caused family differences and embarrassment in the society. The women feel that they do not have privacy. Everything is public.

Though the government’s impose a strict Islamic code for the people but itself violates the laws and Islamic code when the political interests of the leaders are at stake. Islam forbids spying and extracting personal information of citizens without their permission but the leaders of the Islamic governments use spyware manufactured by their enemy Israel to supress the dissent by their own people. This the reason, the Islamic countries have not signed the Budapest Convention on cybercrime. Exposing this hypocrisy of the Arab countries, Sukaina al Nasrawi writes in her article, "Combating cyber violence against women and girls":

"The Council of European Convention on Cyber Crime was opened for signature on 2001 and is globally the most relevant international instrument on cybercrime. Signatory states ratifying the Budapest convention commit to harmonising their laws enhancing cybercrime investigative techniques and increasing international co-operation between ther states. As of March 2020, there were 64 signatory states to the convention among which only three states signed without subsequent ratification and NO ARAB COUNTRIES SIGNED."

This is the truth of the claims of the Arab or most of the Islamic countries that they uphold the rights of women and protect their honour and dignity. Therefore, the United Nations needs to take notice of the women's rights violations in Arab and African Muslim countries, in particular and in the rest of the world in general and formulate policies to ensure that online and offline harassment of women is stopped and their privacy and dignity is restored. The paper tiger OIC does not consider such issues worth discussing leave alone formulating binding policies.