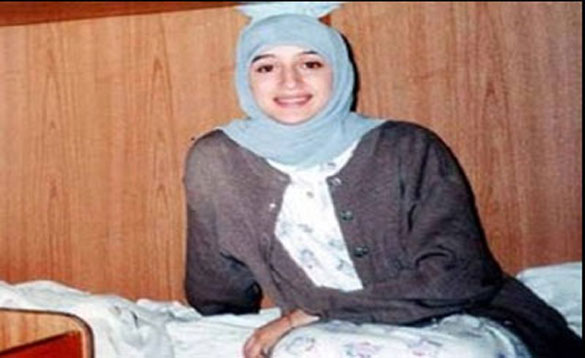 •  Muslim Women's Association presented their culture and history in Washington

LONDON: A Zimbabwean politician has asserted that women should be compelled to bathe less and shave off their hair to make them less attractive , which would help curb the spread of HIV.

Senator Morgan Femai told a conference that he believed the killer disease had spread as men found it difficult to resist attractive and well-dressed women according to a report on the New Zimbabwe website. The politician reportedly insisted that new laws should be drawn up forcing women to make themselves less attractive to save men from themselves . Addressing a parliamentary workshop on HIV awareness, senator Femai compared his plan to some Christian sects whose women he said also sometimes had clean-shaven heads.

"What I propose is that the government should come up with a law that compels women to have their heads cleanshaven like what the Apostolic sects do," he said. "They should also not bath because that is what has caused all these problems."

The politician compounded his comments by explaining his belief that moisture inside women's bodies made them more vulnerable to the HIV virus.

A court in Brussels opened on Monday the trial of six people charged in connection with the 2004 murder of a young Muslim woman in a deadly act of exorcism, a practice of evicting demons or other spiritual entities from a person believed to be possessed.

The woman was reportedly deceived into believing that she could not have children because she was possessed and that she had to undergo a practice of exorcism.

But the woman apparently could not stand the severe punishment the exorcism allegedly entails to scourge the demon out of the body, and she lost her life.

The detainees in the case include two self-appointed exorcists, the victim’s husband and three female members of a radical Muslim group, will be standing trial for three weeks and facing charges of “torture leading to death.” If they are convicted, they face up to 30 years in prison.

Hours after Latifa Hachmi, 23, died in the evening of Aug. 5, 2004, her husband, Mourad Mazouj, made an emergency call reporting that his wife was feeling ill and stuck in the bathroom.

But the hypothesis of a natural death was quickly dismissed, as her body was found covered with bruises and her lungs filled with water.

Her husband later admitted to investigators that his wife was subjected month-long sessions of exorcism to evict from her body the demons that “prevented her from becoming pregnant.”

The practice was conducted in the couple’s apartment in Brussels by Abdelkrim Aznagui, a Moroccan self-proclaimed “Sheik” and his “disciple,” Xavier Meert, a Belgian native who converted to Islam. They were reportedly assisted by the woman’s husband and three Muslim “sisters” of the victim.

During this period, the young woman had swallowed dozens of liters of “holy” water, according to Belgian media reports. She was fed two spoons of yogurt every day and always had earphones playing verses from the Quran.

In order to evict the demons, the exorcists reportedly put their fingers down the woman’s throat, forced her into bathing in hot water and beat her with a stick.

“The husband and Latifa herself asked Xavier Meert for the exorcism sessions,” the husband’s lawyer, Peter Chomé said. “He may have misjudged her health condition, but it has nothing to do with torture,” he added.

Latifa’s family asked the court to consider the practice that led to the death of their daughter as an act of torture.

“They made Latifa believe that she could not have children because the devil was inside her. That’s why they started the exorcism rituals, but exorcism is not recognized in the Islamic faith,” the victim’s brother said.

LAHORE: Chanan Development Association (CDA) has condemned a fatwa issued by Maulvi Abdul Haleem, a former Muttahida Majlis-e-Amal MNA, on Saturday, threatening women workers of non-governmental organisations (NGOs) in Kohistan. CDA Executive Director Muhammad Shahzad Khan said that the fatwa against female NGO workers and girls’ education was not only against human rights, but also against the teachings of Islam. He added that it was a shame that people like Abdul Haleem, misinterpreted Islamic values just to gain fake popularity. Sana Sohail, national coordinator of Y-PEER Pakistan, emphasised that this kind of act would provoked negative impression about the women who work in NGOs. She added that all religions supported girls’ education. Other youth leaders Bashir Ahmed from South Waziristan, Najamus Sahar from Gilgit-Baltistan, Mariam Ishaq from Lahore, Faizan Hassan from Quetta, Fatima Zafar from Multan, Qaiser Roonjha from Lasbella, Raza Ravjani from Karachi, Wiqas Ahmed from Peshawar and Shaheen Kausar from Muzaffarabad urged other religious leaders to speak against this fatwa and correct Abdul Haleem on true teachings of Islam. They also urged the government to take action against mullahs who themselves did not understand Islam. CDA is a national youth-led organisation with 100 member organisations of its network named as Youth Peer Education Network (Y-PEER) in 65 districts of the country.

LAHORE: Civil society organisations and human rights activists have strongly condemned an attack on a world famous social worker, Sughra Solangi, and her children at her house in Khairpur.

Talking to Daily Times, activists from different non-governmental organisations called for stern action against those involved in the incident. According to reports, Solangi was given death threats on Sunday night by miscreants allegedly having links with feudal elements of Khairpur. Civil Society Network Pakistan representative Abdullah Malik, Arman Foundation women’s rights activist Amna Malik, South Asian Partnership representative Farzana Mumtaz, Saeeda Diep, Farooq Tariq and Shazia Khan, while condemning the incident, termed it a failure of the Sindh government. They said that entering a house to harm a woman and her child, and giving them threats, was a serious crime and violation of constitutional and legal rights provided by the state to all citizens. They demanded the government provide security to the human right activists in the province. Solangi is a social worker and currently working at an NGO called Marvi Rural Development Organisation (MRDO) that helps educating women in villages and towns.

In 2011, Solangi was awarded International Women of Courage Award by US First Lady Michelle Obama, and Secretary of State Hillary Clinton, for her excellent effort in educating women and girls who are deprived of any kind of exposure to academics or education in their lives. Meanwhile, police have registered a first information report against 30 miscreants.

Dar es Salaam. The Cultural Centre of the Islamic Republic of Iran has called for emphasis on the role of women in families in order to build a good society for the country’s development.

The Cultural counselor of the Iranian Embassy, Mr Morteza Sabouri, said there was the possibility of having a more productive and decent generation in the future if women would raise their children properly.

Speaking during a one-day seminar on women’s rights in Islam held in Dar es Salaam over the weekend, he said women have a major role in shaping the future generation as they play a great part in the family.

“It is important to emphasise the need to have good families because when you destroy a family, it means you have destroyed a society too,” Mr Morteza said.

Attended by tens of Islamic women, the seminar was organised by the Iranian Cultural Centre in Collaboration with the Association of Muslim Women of Tanzania (Juwakita) in commemoration of the birthday of Hadrat Fatima, the daughter of the Holy prophet S.A.W.

Muslim Women's Association presented their culture and history in Washington

The Muslim Women's Association has organized a traditional fair at the Islamic Centre in Washington.

Representatives and diaspora members of Bahrain, Pakistan, Egypt, Bangladesh, Morocco, Lebanon and other Muslim countries presented local residents and tourists gifts personifying their culture and history and meals, the Azerbaijani Embassy in the US reports.

The Azerbaijani Embassy also joined the event, where its female employees presented the visitors books and CDs about the history and culture of the country, as well as souvenirs. They answered question of the visitors about our country.

This event in Washington enabled local residents and guests of the city to closely familiarize with the Azerbaijani culture and Azerbaijan's corner at the fair was one of the colorful and remarkable places of the event.

The Muslim Women's Association is a non-profit, non-political organizations founded in 1960 in Washington DC, which aims to present culture of the Muslim world to the US society.

The wife of a jailed Bahraini activist on hunger strike for more than three months says his condition appears better, but he is still only taking water and juice in his protest against government crackdowns in the Gulf kingdom.

(Ahlul Bayt News Agency) - The wife of a jailed Bahraini activist on hunger strike for more than three months says his condition appears better, but he is still only taking water and juice in his protest against government crackdowns in the Gulf kingdom.

Al-Khawaja and seven other activists were sentenced to life in prison by a military-led court last year for participating in the uprising by Bahraini Sunnis and Shiites, who seek to end the political dominance of the ruling al-Khalifa dynasty. The convictions for the group - and about a dozen others - are now being reviewed by a civilian court.

At least 90 people have died in Bahrain's unrest since February 2011.

Rola Basamad, general director of Bab Rizq Jameel (BRJ) Female Employment, announced that job opportunities created for women during the first quarter of 2012 have increased by more than 300 percent compared to last year.

While BRJ created 929 jobs for women during first quarter 2011, the number jumped to 2,922 during the same period this year. Basamad said the reason behind this leap is the decision made by the Ministry of Labor to employ women. The ministry’s initiatives have been put into action at the beginning of this year, with the western region gaining the biggest share in created job opportunities, Basamad added.

She said companies gave a highly positive response and made great efforts to coordinate with BRJ in terms of providing job descriptions for vacancies, making appointments for interviewing candidates and signing employment contracts.

Basamad highlighted the effective role of the Human Resources Development Fund (HRDF) in supporting the salaries of women employees, which was a vital factor in motivating companies to employ them.