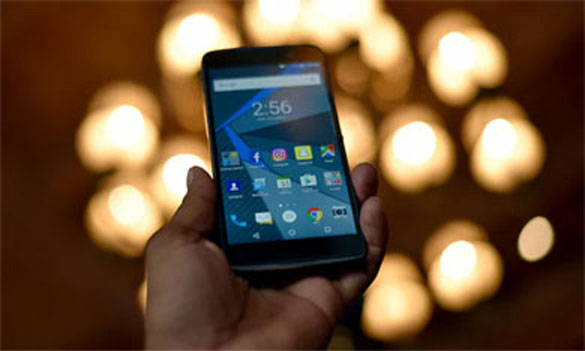 •  App For Women To Report Harassment Launched In Pakistan

On December 29 last year, several Muslims mourned the death of the only Hindu who was living amidst them in their remote village in Tripura along the border with Bangladesh.

Sumati Sutradhar (65), a childless woman, was more than a fellow-villager to the thousands of Muslims residing in Jubrajnagar in Tripura’s Unakoti district.

In 1999, soon after her husband’s death, she had donated her land to the state government to build a school for girls which has gained in stature, witnessing 550 passouts in the last 16 years.

In the Muslim-dominated village, there was constant pressure on her to give up her land as neighbours had been trying to encroach ever since she and her husband settled there after the Bangladesh liberation war of 1971.

The land donation to the Tripura education department killed two birds with one stone—she ensured protection of her land and ensured education for Muslim girls, who were being discouraged from going to school.

Sumati also got Rs 3,000 as monthly allowance for her basic needs and was allowed to stay in a small room of the school building till death.

Inaugurated on December 31, 1999, the school was upgraded to higher secondary in 2010 and became Jubrajnagar Colony Girls’ Higher Secondary School. As the school grew in stature, Hindu families from nearby villages began enrolling their girls there. At least 823 girls study there now.

Initially, many villagers did not approve of the school, but later realised the magnitude of Sumati’s service for their daughters.

Now, a week after her death, they want the school named after her.

“Some villagers want to rename the school after Sumati Devi. We shall be discussing this at a meeting with the village head,” Manik Ali, a former teacher, said. His daughter had passed out from the school.

“Sumati Devi deserves the honour because she was the reason why many girls of the area are educated today. She did not regret donating the land, and was happy to see so many girls come to the school on her land,” Anjan Banik, another ex-teacher, said.

Banik said the teachers and villagers could write to the government for renaming the school officially after Sumati Sutradhar.

Civilian vigilantes opened fire on the trio near the town of Madagali when they refused to stop for a security check, the town council's chairman, Yusuf Muhammad, told AFP.

"Explosives strapped to two of the girls exploded from the impact of the shooting, while those on the third girl were defused by soldiers," he added.

Meanwhile, the Nigerian army on Thursday said another Chibok schoolgirl kidnapped by Boko Haram militants almost three years ago had been rescued along with her six-month-old baby.

Rakiya Abubakar was one of over 200 schoolgirls abducted from the northeast Nigerian town of Chibok in April 2014, army spokesman Sani Usman said in a statement.

He said soldiers had "during investigation of arrested suspected Boko Haram terrorists discovered... Rakiya Abubakar, with her six-month-old baby."

He said she was a senior school student at the time of her abduction but did not specify when or where she was found.

Of the 276 girls initially seized, scores escaped in the hours after the kidnapping.

There are currently 195 schoolgirls still missing.

Abubakar is one of three other schoolgirls who have been found in the past year by Nigerian troops as they fight Boko Haram.

In October, 21 Chibok girls were released by Boko Haram after negotiations with the Nigerian government brokered by the International Committee of the Red Cross and the Swiss government.

The release was hailed as a breakthrough that would lead to the recovery of remaining girls in captivity.

Despite winning back swathes of territory from the militants, President Muhammadu Buhari has faced intense criticism for failing to recover the young captives, who became the defining symbol of Boko Haram's brutal campaign to establish a fundamentalist state in the country.

Boko Haram still poses a threat to the war-torn region, launching sporadic raids on remote villages in Nigeria and deadly attacks on soldiers in neighbouring Chad and Niger.

Nigeria has recently trumpeted a major victory in its battle against Boko Haram, claiming in late December that its army has routed the militants from their Sambisa forest stronghold.

ICRC attributed it to an insurgency by Boko Haram fighters that had driven millions from their homes and left children to starve.

The violence has displaced over 2.4 million people across the swamp lands of Lake Chad, where the borders of Chad, Cameroon, Niger and Nigeria meet, and disrupted the livelihoods of hundreds of thousands of others,’’ ICRC said.

According to the United Nations, up to a million people have been cut off from humanitarian aid by Boko Haram in spite of a regional military offensive against the Islamist militants.

“It’s extraordinary to see a woman and her family and they have nothing other than what they have been given.

According to Brooks, as the head of their households, some mothers have been forced to prostitute so they could feed their family, since many no longer have husbands because of the conflict.

“When you don’t have the means to survive, you’ll go begging for it.

“It’s a loss of dignity when you’re having to resort to something like that just to keep your children alive – fraternising with people who have money,’’ he said.

The unfolding catastrophe in the Lake Chad basin was named the most neglected crisis of 2016 in a poll of aid agencies by the Thomson Reuters Foundation.

“Overshadowed by the wars in Syria and Iraq and the global refugee and migrant crisis, Lake Chad has barely made the headlines,’’ Brooks said during an interview in London.

Report says over 7 million people lack food but insecurity makes it hard for aid agencies to reach the most vulnerable.

“Half a million children are severely acutely malnourished and on the brink of death if they are not treated.

“This area has suffered from decades of chronic neglect … if it continues to be under-funded and under-reported, then millions of people will continue to suffer,’’ Brooks said.

A 75-year-old man who racially abused a Muslim woman in veil was fined 258 pounds due to his old age in Swansea, a coastal city in Wales.

On Nov. 22, Fahy attacked a Polish Muslim woman who was wearing a veil in Wales. He swore and shouted at the Muslim woman and loudly said: "take that f*****g thing off your face" and "go back to your own country," in the middle of the street. The woman, who has been living in Britain for nine years, followed the man to note his address and then called the police.

Representing Fahy at the court, Anthony O'Connell said his client was "fearful" because he couldn't see the woman's eyes, according to local reports.

District judge David Parson told to Fahy that only his "clean character" and "age" was saving him from a jail sentence and Fahy was also ordered to pay the Muslim victim a 200 pound compensation.

Speaking about the incident, Aliya Mohammed, Chief Executive Officer at Race Equality First, told Anadolu Agency on Wednesday that hate crimes are a growing problem in the community.

"In Swansea we have seen a Polish Muslim woman challenged, intimidated and verbally abused by a 75-year-old man for covering her face. We live in a democracy and women have every right to dress as they choose.

"No woman deserves to be harassed for the way that she looks or dresses," she said and added, "Hate crime is a tarnish on the fabric of our society and it is unfortunately a growing problem that we are seeing people from our diverse communities face."

There has been a surge in hate crimes across Britain in the wake of June's referendum, which saw Britons vote to exit the EU with immigration as one of the key issues. At its peak, there was a 58 percent increase in hate crimes and police recorded more than 14,000 such crimes in the period running from a week before the vote to mid-August.

The Muslim Council of Britain, the U.K.'s largest Muslim umbrella body, wrote a letter last month to major British leaders to stand in solidarity with Muslim communities and called for political leadership on the worrying growth in Islamophobia in the country.

Tell Mama, a British group that monitors anti-Muslim incidents, said more than 100 mosques and Islamic organizations in the last three and a half years were targets of anti-Muslim attacks across the country.

In a shock referendum result, Britain voted on June 23 to leave the 28-nation European Union. Pro-Brexit supporters campaigned heavily on immigration and the need to regain control on Britain's borders, in a referendum battle fought against the backdrop of Europe's worst migrant crisis since World War II. As well as "intolerance," which it said was promoted by the U.K. Independence Party (UKIP), the report also noted criticism of Prime Minister David Cameron when he spoke in July 2015 about a "swarm" of migrants trying to reach Britain.

In response to increasing violence against Muslims and refugees across the country, The British government plans to ban an extreme right wing group, National Action under the Terrorism Act 2000 - the first time a right-wing organization has been banned under the legislation.

App For Women To Report Harassment Launched In Pakistan

A smartphone application enabling women to report incidents of harassment to police in Pakistan’s Punjab province went live this week as authorities step up efforts to promote women’s safety in one of the worst provinces for crimes against them.

With a click of a button, users who feel threatened can call an emergency response police team who should be able to track their location via a built-in global positioning system (GPS).

“Though the app primarily covers street harassment, it also has a feature for woman who is inside the house and is suffering physical violence to call for help,” said Fauzia Viqar, chair of the Punjab Commission on the Status of Women, a body promoting women’s rights, which was involved in the launch of the app on Thursday.

She said users can also use the app to mark unsafe locations and access a toll-free helpline which provides information on laws to protect women’s rights among other services.

About 500 women are killed in Pakistan every year at the hands of relatives over perceived damage to family “honour” that can involve eloping, fraternising with men or any other infraction against conservative values.

Women’s rights campaigners welcomed the launch of the app but expressed concern not all women would have access to it.

“It can ensure timely rescue. But it may not be effective in rural areas where people are generally poor and do not have smartphone,” said Romana Bashir, who heads women’s rights organisation, the Peace and Development Foundation.

She also said there was a need to raise awareness among police officers of violence against women.

“We often have complaints of police themselves sometimes misbehaving with the complainants of harassment. They need to be educated on gender issues so that women trust them,” Bashir told the Thomson Reuters Foundation.

But since the law’s passage, many conservative clerics and religious leaders have denounced it as being in conflict with the Muslim holy book, the Koran, and the constitution.