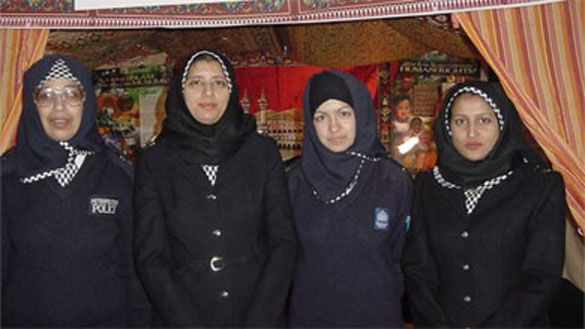 The share of those who have lost a spouse to death is the highest among Buddhists, followed by Christians. Widowhood rates are much higher among Hindus and Sikhs than Muslims.

A complex web of religious and social factors is responsible for these trends, which are similar to those discovered in the previous Census. Although divorce is legally allowed for Hindus, it may still carry social stigma. This could be the reason why the separation rate for Hindus was 5.5 per thousand married people, while the divorce rate was pegged at just 1.8 per thousand. Separation includes wives abandoned by husbands.

Among Muslims, it seems the triple Talaq provision pushed up the share of female divorcees to five per thousand, against 2-3 per thousand for Hindus, Sikhs and Jains. However, Christians and Buddhists have similar rates of women divorcees. The rate of widowhood is directly linked to the well known demographic fact that women live longer than men. This results in two to three times the number of widows compared to widowers across all communities.

Another factor at work is life expectancy. Muslims have the lowest average life expectancy of all communities and this results in the least number of widowed people, at about 73 per thousand married persons. Among Hindus and Sikhs, the share is about 88 per thousand, while it is higher for Christians (97) and Buddhists (100).

An interesting dimension of the marital status details released by the Census relates to never-married persons across different communities. Among those who have attained the marriageable age, that is, 21 years for men and 18 years for women, Hindus have the lowest share, at 16% unmarried men and just 10% unmarried women. This indicates a very high drive towards early marriage, with many tying the knot before attaining the legal marriage age.

Christians have the highest rate of unmarried persons of marriageable age, at 21% among men and 18% among women. But across all communities, a smaller share of women is still unmarried after the legal age than men, indicating the relentless pressure on women to get married.

Ottawa (AFP) - Hoping to boost recruiting of Muslim women, the Royal Canadian Mounted Police is allowing its officers to wear Hijabs as part of their uniforms, the government said Tuesday.

French police officials armed with pepper sprays and batons marched onto a beach today and asked a woman to strip off. A middle-aged woman was quietly sunbathing on Promenade des Anglais Beach in Nice, when she was asked by four cops to take her Muslim-style garment off.

The French ban on burkini is slowly in turning into crude characterization.

Living in Johannesburg, I usually get to go to the beach once a year. When I swim in a public place I wear full-length leggings, a long-sleeved top, and either a hat or a scarf tied in a turban while I swim, to cover my hair (which is something I do all the time). I dress like this in accordance with the rules of Hijab, a code of modesty and behaviour outlined for me by my religion. It is my choice to dress this way.

As any young Muslim woman can attest to, growing up post-7/7 hasn't been easy. I would know: we're the subject of countless headlines, from being told to learn English or face deportation, having to contend with endless calls to ban the Hijab, to supposedly having "split loyalties". Full report at: vice.com/en_uk/read/how-british-muslim-women-feel-about-constantly-being-spoken-for