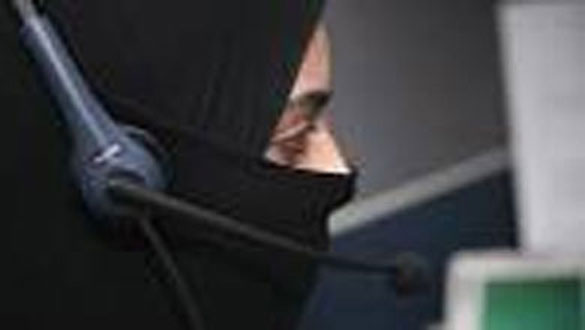 •  Norway's Government Proposes Banning the Burqa in the Classroom

The male guardianship system in Saudi Arabia is not just law: it is a set of bylaws and state-sanctioned discriminatory policies and practices that restrict a woman’s ability to have a wide range of choices unless permitted by her male guardian – typically a father, husband, brother or even a son.

In practice, it means women are unrecognised by the state as full legal adults.

This year, female activists joined forces to promote abolishing the system through a petition and received massive online support. It seemed that, contrary to earlier campaigns for women for municipal participation or driving, this campaign had a life of its own. Women activists submitted a letter to the Royal Advisory Council in 2014 and though women members of the council expressed support no significant change ensued.

I highlighted the incompatibility of the system with Saudi laws and how it places a huge burden on the state’s administrative, financial and judicial resources, as well as on the guardians themselves, who may not necessarily be able to provide the needed permissions because of their absence at work or on military service. I also reminded the king that there is no basis for that system in Islam, as supported by Islamic scholars.

Abolishing the system will have a profound impact on the untapped potential of women’s economic participation. We called on the king to enforce regulations and measures to allow women to obtain all forms of identification cards, take advantage of all educational and professional opportunities, choose a place of residence, travel, obtain any form of medical or emergency service, have access to services from private or public institutions, get release from prisons, rehabilitation or correctional facilities or apply for jobs anywhere without a guardian permission.

In about a month, nearly 15,000 online signatures from men and women of all backgrounds and regions of Saudi Arabia were collected. It was marvellous to see physicians, students, graduates, businesswomen, professors, teachers and residents of cities big and small listed. On the two days leading up to the petition, an estimated 2,500 women sent direct telegrams to the Saudi king’s office imploring him to end the guardianship system. Activist Aziza Al-Yousef mailed the petition to the royal court after being instructed to do so when she tried to deliver it in person, but there has been no response so far.

The mainstream religious lobby was immediately on the defensive. Saudi Arabia’s highest Islamic figure, the grand mufti, denounced the call to abolish guardianship as a crime against Islam. On the other hand, a number of key religious figures supported ending guardianship on the basis that the system does not have a grounding in Islam; a conflicting scenario typical to every public demand to reform women’s rights. State officials repeatedly attribute delays in enforcing gender equality to cultural beliefs.

A few years back, my 10-year-old nephew told me of an Islamic studies teacher in his international school who acted like a clown in front of his class of male pupils to demonstrate how a woman can supposedly behave irrationally in dealing with death to justify the religious opinions banning women from attending burials.

Similar, more subtle, messages in Saudi Arabia’s all male-dominated spheres are rarely challenged by intimidated youth, including my loving nephew, for fear of pressure from peers or authority figures.

The political will that created those norms and fostered this culture would require more than wishful thinking or simply waiting for society-wide acceptance. The royal decrees that allowed women to sit on Saudi’s royal advisory council and the municipality passed without significant societal resistance; this method could be called upon again to abolish the guardianship system that causes so much harm to Saudi women.

ISLAMABAD, Pakistan—Pakistan’s parliament Thursday passed legislation that attempts to close a loophole that has allowed perpetrators of so-called honor killings to go free.

The bill, passed in a joint sitting of both houses, came nearly three months after the murder of a Pakistani internet celebrity. Qandeel Baloch, whose real name was Fauzia Azeem, was allegedly strangled to death by her brother, who accused her of bringing dishonor to the family.

Such killings claimed the lives of over 1,000 women in the country in 2015, according to the Human Rights Commission of Pakistan, an independent organization that tracks such cases. Activists say many more cases go unreported. Victims of honor killings are usually women who disobey their families in matters of love and marriage, with the perpetrators claiming to uphold customs or Islam.

Islamic provisions in Pakistani law allow a victim’s family to forgive the perpetrator of a crime. That provision was regularly exploited in cases of honor killing, where a close relative of the victim is usually the killer, activists say, and the family is often pressured into forgiving him.

Thursday’s change closes that loophole by mandating a minimum life sentence—that is 25 years, under Pakistani law—for someone convicted of an honor killing, even if the victim’s family members forgive the perpetrator.

The ratio of women participating in the labor force has hit a historic high of 36.8 percent, while the number of women applying to the Turkish Employment Organization (İŞKUR) has also increased by 47 percent, according to statistics released by the Turkish Statistics Institute (TÜİK).

The statistics showed that there are around 26 million women in Turkey above the age of 15. As of June, 36.8 percent of the aforementioned women were active in the workforce, according to TÜİK.

TÜİK said the percentage, equaling 9,574,000 women, was a historic high for Turkey. At the same time, TÜİK said 1.2 million of the women from this figure were currently unemployed. The statistics also showed that 16,455,000 women were outside the workforce, which is also a historic low for Turkey.

The data obtained from İŞKUR also showed the increase in the number of women in the labor force. In the first six months of 2016, the number of women who filled out an application and registered with the organization to work as soon as a suitable job becomes available increased 47 percent, reaching 1,829,791.

The number of female jobseekers has been on the rise in recent years, but the ratio of 36.8 percent is still far below the ratio in developed countries.

The number of women participating in the workforce especially started to increase after the 2008 global economic crisis. In 2008, the ratio of women in the labor force was 25 percent – a figure that rose to 31.9 percent in July 2013. The number of women employed in the first half of 2016 shows that the number has doubled since 2005.

Despite the fact that almost 16.4 million women are currently outside the workforce, the statistics showed that millions of women are willing to participate in the labor force.

Norway's Government Proposes Banning the Burqa in the Classroom

Norway's government has proposed banning the Burqa in schools and universities.

The country's right-leaning government said it was considering the "national regulations prohibiting the full-face veil in schools and universities", a move also supported by the Labour opposition party, reports the Telegraph.

However, education minister Torbjorn Roe Isaksen pointed out that Norway would not follow France, where the burkini is banned from some beaches.

The number of women who wear the full-length burqa in the Scandinavian country is small. Roe said people who wore religious clothing or items would still be free to do so.

Bulgaria voted to ban the burqa from all public places, with similar moves agreed in France and Belgium. Switzerland also approved a draft bill on a nationwide ban by a small margin.

Germany has suggested it might favour a partial ban, while Spain and the Netherlands have approved a partial ban. In September 2016, a YouGov poll found that a majority of Britons also want the burqa banned, reported the Independent.

Norway's Muslim population is growing, thought to be partly due to the migrant crisis, but some locals are unhappy about ways in which the country seems to be changing.

In September, hairdresser Merete Hodne, who refused to cut the hair of a Muslim in a hijab, was fined 10,000 kroner (£985) plus costs. Hodne said she "did not dislike all Muslims but women who wore the hijab made her nervous", Russia Today reported.

ISLAMABAD: The accused in the country's most infamous blasphemy case has been granted a fresh chance to escape the gallows after the Supreme Court confirmed Friday it will hear Asia Bibi's appeal against her execution next week.

Bibi, a Christian mother of five, has been on death row since 2010 in what some activists have called a battle for Pakistan's soul as the state walks a sharp line between upholding human rights and appeasing populist hardliners.

The court confirmed Friday that the date had been set.

Blasphemy is a hugely sensitive issue in Pakistan. Anyone even accused of insulting Islam risks a violent and bloody death at the hands of vigilantes.

Bibi was convicted and sentenced to hang in 2010 after an argument with a Muslim woman over a bowl of water. Her supporters maintain her innocence and insist it was a personal dispute.

Supporters of Mumtaz Qadri, who assassinated provincial governor Salmaan Taseer after he advocated for Bibi in 2011, regularly call for her hanging.

A decision by the court in her favour would “send a powerful message to the world that Pakistan respects the rule of law and not the mob”, Mustafa Qadri, an expert on human rights in South Asia, told AFP recently.

He also predicted that supporters of the assassin Qadri would react violently to such a decision. The convict was hung earlier this year, bringing hardliners into the streets chanting slogans against Bibi, although they dispersed after several days.