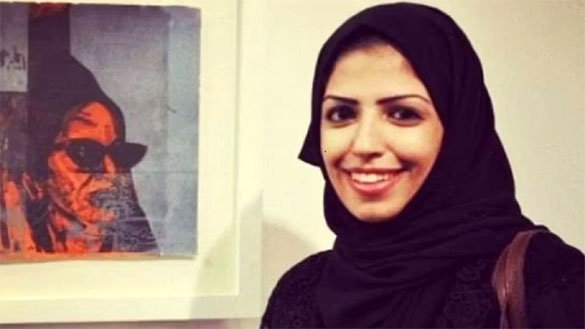 Salma al-Shehab, 34, a mother of two young children and a student at Leeds University,

A Saudi woman has been sentenced to 34 years in prison for having a Twitter account and for following and retweeting the critics of the kingdom, marking the longest sentence ever given to a women’s rights defender in Saudi Arabia.

Salma al-Shehab, 34, a mother of two young children and a student at Leeds University, was detained in Saudi Arabia in January 2021 when she was visiting home for a vacation. She was initially sentenced to six years in prison for using social media to “disturb public order and destabilize the security and stability of the state.”

However, an appeals court on Monday handed down a 34-year prison sentence followed by a 34-year travel ban, after a public prosecutor asked the court to consider other alleged crimes.

She is now charged with “assisting those who seek to cause public unrest and destabilize civil and national security by following their Twitter accounts” and by retweeting their tweets, The Guardian reported, citing a translation of the court records.

The Monday ruling marks the latest example of a major crackdown on Twitter users led by Saudi Crown Prince Mohammed bin Salman (MBS). It comes a week after a federal court in the United States found Ahmad Abouammo, a former manager at Twitter, guilty of spying for Saudi Arabia’s royal family.

Abouammo received at least 300,000 dollars and a 20,000-dollar luxury watch from Bader al-Asaker — a close adviser to MBS — to use his insider access to dig up information about Saudi dissidents active on Twitter, according to prosecutors.

He then attempted to conceal the payment by having the money deposited to a relative’s account in Lebanon first and wired to his US account later.

The sentencing also comes a month after US President Joe Biden paid a controversial visit to Saudi Arabia and fist-bumped the Saudi crown prince despite his earlier promise to make the Saudis the “pariah that they are” over human rights abuses, in particular the killing of Washington Post journalist Jamal Khashoggi on the direct orders of the crown prince, also known as MBS.

MBS’s promises to Biden were ‘a farce’

At the time, Biden dismissed warnings by human rights activists that his trip would “embolden” MBS to continue his human rights violations and targeting of critics.

The White House said in a statement at the time that Biden had raised the Khashoggi case in his meeting with the Saudi crown prince and “received commitments with respect to reforms and institutional safeguards in place to guard against any such conduct in the future.”

In an editorial on Tuesday, The Washington Post said Shehab’s case showed that the commitments Biden had received on reforms and institutional safeguards were “a farce.”

“At the very least, Mr. Biden must now speak out forcefully and demand that Ms. Shehab be released and allowed to return to her sons, 4 and 6 years old, in the United Kingdom, and to resume her studies there,” the Post said.

“In the Saudi kingdom, the crown prince commands fear and silence. But in open societies, his ruthless behavior must be denounced at every opportunity,” it added.

Others also condemned the ruling. Hala Dosari, a Saudi activist and scholar said it “shows the vengeful nature of the system against women in particular and ironically exposes the false formal narrative of women empowerment.”

“This is irrational, heartbreaking, and disastrous for the hundreds of women detained or to be detained in similar charges of supporting rights or freedom,” Dosari tweeted. “This is also reflective of an increased regime insecurity, both domestically and abroad.”

Khalid Aljabri, a Saudi national whose sister and brother are being held in the kingdom, said the Shehab case proved that Saudi Arabia views any dissent as terrorism.

“Salma’s draconian sentencing in a terrorism court over peaceful tweets is the latest manifestation of MBS’s ruthless repression machine,” he said. “Just like [journalist Jamal] Khashoggi’s assassination, her sentencing is intended to send shock waves inside and outside the kingdom – dare to criticize MBS and you will end up dismembered or in Saudi dungeons.” 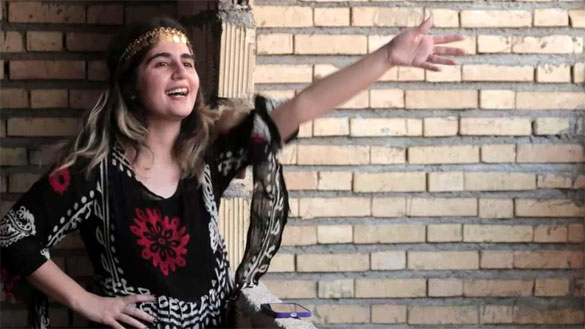 Sepideh Rashno was shown for a few seconds on state television on July 30 in what looked like a studio setting. Her halting voice raised suspicion she was reading from a text written for her.

Dozens of female civil activists have called on Iranian authorities to release a woman who was arrested for protesting mandatory head-scarf rules after she appeared on television and gave a "confession" they allege was made under duress.

According to the Free Union Workers of Iran's Telegram channel, the women took to the streets of Tehran carrying placards asking, "Where is Sepideh Rashno?" and demanded to know her status after the 28-year-old writer and artist was arrested on June 15 after a video of her arguing with another woman who was enforcing rules on wearing a head scarf on a bus in Tehran went viral.

The other woman threatened to send the video -- which showed Rashno riding the bus without a hijab -- to the Islamic Revolutionary Guards Corps.

Rashno was subsequently detained and has been held since without access to a lawyer, nor have the charges against her been made public.

Amid growing concern over her whereabouts, a Twitter campaign started with the hashtag "Where is Sepideh?"

According to eyewitnesses, Rashno had low blood pressure, had difficulty moving, and was transferred to a hospital. She returned to prison immediately after being examined.

During a one-sided narrative over the confrontation, Rashno was shown for a few seconds on state television in what looked like a studio setting. Her halting voice raised suspicion she was reading from a text written for her.

The confession aired amid recent reports that authorities in Iran are increasingly cracking down on women deemed to be in violation of wearing the hijab, which is mandatory in public in Iran.

The hijab first became compulsory in public for Iranian women and girls over the age of 9 after the 1979 Islamic Revolution.

Many Iranian women have flouted the rule over the years in protest and pushed the boundaries of what officials say is acceptable clothing.

She said this while participating in a dialogue on “Harassment of Women” at a local hotel.

Nabila said that office-based anti-harassment committees must have detailed knowledge of their responsibilities and relevant laws.

She informed that a consultation process was underway at the divisional level to implement anti-harassment laws more effectively.

A system was being updated to apprise women about their complaints and actions, she said and added that society could not take advantage of women’s potential without a protective environment.

She said that government and private departments had provided a better environment for women. The officials of health, education, population welfare, social welfare departments and commissioner and deputy commissioner offices also participated in the dialogue and forwarded their recommendations.

The president met Kalbani – who scooped bronze in the 63kg category women’s jiu-jitsu at the Birmingham World Games in July - alongside the other Emirati winners of the jiu-jitsu competition at the games on Monday.

The competition, which took place in Birmingham, Alabama, is one of the most important global multi-sport events in the world.

He also congratulated the board of directors of the UAE Jiu-Jitsu Federation and commended their efforts in developing the martial art.

In response the delegation thanked the president for his support of the sport in the country.
Source: Arab News

Dubai: For the first time in Saudi Arabia, females are being trained to become fisherwomen, breaking the barriers of male-dominated profession, local media reported. As part of the programme, a first batch of 60 women are being trained, media quoted officials as saying.

Access to the fishing industry was restricted in the conservative Kingdom, but off late Saudi women are now taking up new jobs as part of reforms in force since 2019, enabling women to work in previously male-dominated professions.

The 60 women will be trained to fish safely and make money from their catch. They will also be trained on how to sell and market their products.

The training is provided by the National Fisheries Development Programme of the Ministry of Environment, Water and Agriculture. Mousa Al Kanani, deputy CEO of the programme, said the initiative aims to train Saudi young men and women to be able to work in the fishing industry.

The programme was launched to achieve sustainable development and increase the contribution of the fisheries and aquaculture sector to the Kingdom’s GDP in line with the Vision 2030 to diversify the Saudi economy.

The fencer seized a bronze medal in the 2021 Islamic Solidarity Games on Tuesday in the Women’s Epee Individual.

More than 4,000 athletes from 56 countries compete in the Games in Konya, Turkey.

There are 19 sports and four Para sports on the program.