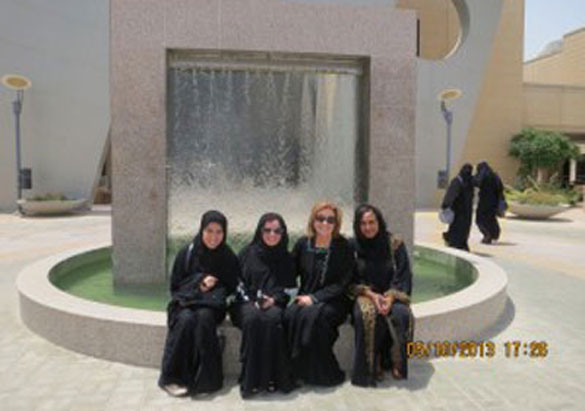 •  A decorated Navy SEAL who turned into a woman

•  Domestic Violence on the Rise in Aceh

•  In Afghanistan, Women Denied Their Inheritance Now Have A Champion

•  Husband to Be Flogged For Slapping Wife in Saudi Arabia

•  Lady Magistrate Ordered To Pay Rs One Lakh as Compensation

CHENNAI: Badar Sayeed, the first woman to head the Waqf Board and the Tamil Nadu Minorities Commission in Tamil Nadu, has filed a PIL in the Madras high court to stop the practice of Muslim clerics or Quazis issuing Talaq (divorce) certificates.

In her PIL, Badar Sayeed, who was AIADMK MLA between 2001 and 2006 and had also served as additional advocate-general in the high court, said that though Quazis had not been statutorily conferred any administrative or judicial power to issue certificates and other documents certifying or approving Talaq, they had been continuing the practice unlawfully.

According to her, Quazis Act, 1880 was enacted only for the purpose of attendance of a kazi at marriage, and the Act does not confer any power on them to issue certificates recognising divorces. "It has been repeatedly held that any Talaq, unless preceded by mediation or reconciliation, is invalid. But the Quazis in Tamil Nadu are unilaterally issuing certificates and documents recognizing talaq," she said.

Seeking to restrain Quazis from issuing such certificates and documents, Badar Sayeed further said that Quazis were judicial authorities under the Muslim Personal Law once upon a time, but their powers had been taken over by civil courts during the British rule.

Even assuming that the practice of Talaq in respect of personal law is constitutionally valid the condition precedent for invoking triple Talaq was satisfied or not cannot be adjudicated or inquired into by the Quazis. Such a procedure can be conducted only by a court of law, she said.

The petitioner further said that the mandatory conditions for pronouncing triple Talaq are not being followed by many Muslim men and that Muslim women were left in lurch due to the lacuna. "They are asked to be satisfied by certain reliefs given under the Muslim Women (Protection of Rights on Divorce) Act, 1986," she said.

Sharaf Al-Qarafi, Director of NSHR’s branch in Madinah, was quoted as saying by Al-Madinah newspaper that the call has come following a few recent incidents.

Al-Qarafi said: “We started gathering information about the case of the baby who was the victim of a botched circumcision that he underwent at a private polyclinic.

“These are violent practices against innocent children. There should be a special law to protect those innocent creatures.”

Meanwhile, six families in Madinah are in pain after their babies suffered botched circumcisions at the hands of an ENT specialist at a private polyclinic.

The parents are worried that their babies might not be able to use their penises in the future because the doctor, who did not have any license to perform such procedures, had cut too deep into the organs’ skin.

A father of one of the victims said his baby’s health has been deteriorating after the botched circumcision procedure.

Another parent called on the authorities to refer all victims to advanced hospitals in the Kingdom for proper treatment.

Dr. Hassan Sani, associate professor of psychology at Taiba University, described what happened to the children as a major disaster that will have an impact on their mental health, especially as they might not be able to enjoy a married life and have children.

“Those children and their families need to undergo a comprehensive psychological rehabilitation program to help them come to terms with their condition and life.

“A hope of recovery should be instilled in their minds.”

Dr. Salih Khawaja, plastic surgery consultant, offered a glimmer of hope to parents of the victims.

He said it is possible to reconstruct the victims’ genital areas. When the victims turn 10, they can undergo several skin grafts to repair the affected areas.

He noted that there are several specialist hospitals in the Kingdom that can perform this type of operation.

Muhammad Al-Qayedi, director of the polyclinic where the children had the circumcisions, said he has provided the Madinah Health Affairs with all the information they needed about the doctor.

Sulaiman Al-Khareef, a lawyer, said medical error compensation ranges between SR90,000 to SR150,000 in the Kingdom while in other countries it can reach SR500,000 to SR1 million.

He said no case on this issue has taken place in the Kingdom before.

Srinagar, June 4: A research in 2009 revealed that late marriage phenomenon was increasing in Kashmir due to acute poverty and prevailing conflict. Since then the figures have swelled to double with studies and analysts saying rising unemployment is the main big reason why this trend continues, leading to frustration, and in some cases increasing suicidal tendencies, among youth.

“This was the situation in 2009. After three years, figures must have increased to a large extent. We are soon going to conduct another study on the subject,” Prof Dabla told Greater Kashmir.

The survey, Prof Dabla being its principal investigator, had revealed that socio-economic and educational-political developments in Jammu and Kashmir had radical impact on the practice of marriage. “Politically-oriented developments in last 20 years of militancy had further changing impact on the traditional pattern of late marriages in Kashmir,” it stated.

The study had stated that major causes of late marriage were: acute poverty, dowry in different shapes, attaining modern education, present conflict situation and rising employment. “Other minor factors which contribute to the emergence of late marriage in Kashmir are illiteracy, modernization impact, health abnormality, customs and traditions, caste consideration and search for proper match,” it stated.

“The problem is acute. It has devastatingly intensified in three years,” Prof Dabla said. “In our 2009 study, we had pointed out many causes of promulgation of this phenomenon. Right now, unemployment is one main big reason.”

The study, conducted on 1500 respondents from 10 districts of Kashmir division, had blamed the phenomenon of late marriage for rising suicides in Kashmir. “Late marriage has long-time implications on individuals and society at large,” it stated. “Its impacts are various forms of mental depression, increase in suicidal rate and encouragement of immoral activities.”

A research conducted by the Department of Immunology and Molecular Medicine at SKIMS this year blamed late marriage for possible genetic disorders among Kashmir women, naming it Down’s Syndrome. “Down’s syndrome seems to be occurring at a higher frequency in persons [who resort to late marriage],” the study said.

Interestingly, Jammu and Kashmir has the highest number of unemployment rate in north India, which according to experts is one of the main causes of increase in late marriages. Around 5.94 lakh youth have registered themselves with the employment department in order to get jobs, a government survey revealed in March this year.