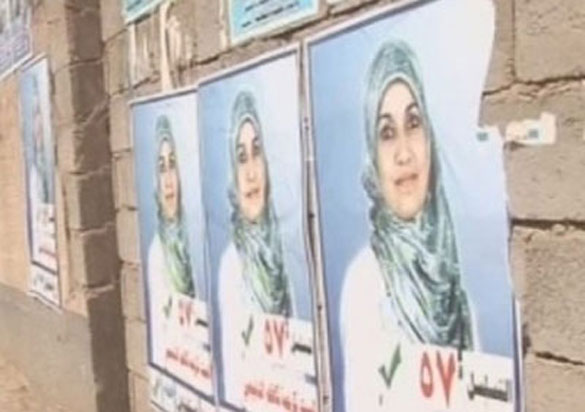 •  Cop in Pakistan Held over Illegal Detention of Woman

A man allegedly raped his daughter and later poisoned her to death in Pakistan's Punjab province, police said on Sunday.

The incident occurred a few days ago in Nawan Kot village of Gujrat district, 125 km from the provincial capital of Lahore. The girl's family did not report the incident to police and secretly buried her in a local graveyard.

The matter came to light when Sobia Amaan, a friend of the girl, wrote a letter to the Lahore high court Chief Justice to inform him about the incident.

Chief Justice Umer Ata Bandial directed the district and sessions judge of Gujrat to probe the matter and submit a report on steps taken by the police along with his comments within 15 days.

According to the application, Amaan said her friend was subjected to sexual harassment by her father Safdar Husain.

The victim informed her mother, brother and grandmother about the rape but they refused to believe her.

"Finally, she left her house and shifted to Gulshan-e-Ravi in Lahore, where her relatives contacted her and assured her that this would never happen again," the letter said.

On May 30, the victim went back home but on June 2, she was poisoned to death by her father, Amaan said.

WASHINGTON:: A Tel Aviv district judge stunned his court when, during a hearing on a rape victim's appeal to be recognized as a terror victim, he said "there are some girls who enjoy being raped".

The remarks by retired judge Nissim Yeshaya were quickly condemned by Prime Minister Benjamin Netanyahu, members of the Knesset's committee on the status of women, and even Israel's Bar Association, reports Washington Times.

Yeshaya was hearing the case of an Israeli woman who was attacked and raped in 2007, at the age of 13, by four Palestinian men. The four were convicted and the woman later petitioned the Defense Ministry asking to be recognized as a victim of an act of terrorism.

The defence ministry denied the request and the court convened on Monday to hear the woman's appeal, according to the report.

Army Radio quoted the victim's lawyer, Roni Aloni-Sadovnik, as saying her client was arguing that some circumstances justify such recognition, when Yeshaya suddenly said aloud that there are some girls who enjoy being raped.

Sadovnik said everyone in the room sat there in stunned silence. Even the other judges on the panel fell silent for several minutes, she said, adding that when judges have such slips of the tongue, expressing what is really in their hearts, it is just the tip of the iceberg.

The head of the Russian Muslim Women’s Union, Nailya Ziganshina, has voiced support for the right of Muslim women to wear a headscarf in public, ITAR-TASS reports.

She notes that Muslim women are often forced not to wear traditional Islamic clothes. Such cases have occurred, for instance, in Tatar schools, she says.

Ziganshina also underlines that there is nothing exotic in covering one’s head. It’s a very common tradition in Russia, she believes.

Russian law does not prohibit wearing a headscarf in public, she stresses.

The difficulties that many Afghan women leaders are facing while dealing with sexism and discrimination reflect the worries of an average Afghan women that public tolerance and support for women's rights might get reversed in the society, CS Monitor reports.

A staunch defender of women's rights Shukria Barakzai who has run two successful parliamentary campaigns said that a male member of parliament had asserted that parliament is not a place for women in a general meeting, and urged women leaders not to pursue the fight for women's rights.

Barakzai claimed that the conservative members of society and parliament are once again attempting at public verbal attacks against women and the Afghan government has also failed to respond against the public threats and attacks on women.

According to the report, some conservative members of the Afghan parliament had adversely reacted against a 2009 presidential decree that was made lawful by President Hamid Karzai on the Elimination of Violence Against Women (EVAW) and criminalizes 22 acts of violence against women, including marital rape and child marriage.

The conservative members claimed that the EVAW law does not represent the fundamental tenets of Islamic law and is being imposed on Afghan women by Western countries.

1,100 Women in Jails across Pakistan: HRCP

ISLAMABAD: Out of nearly 75,000 prisoners in different jails of the country, around 1,100 were women, reported Human Rights Commission of Pakistan.

“The families of women prisoner no longer cared for them or stay in contact with them rather than pursuing their cases due to social stigma”, said HRCP official.

Quoting figures of latest report of HRCP `State of Human Rights in 2012’ the official stated the situation is worse particularly for nearly three-dozen women who were given death penalty.

The women prisoners, he informed, also lacked qualified medical assistance as most of the prisons where women were held did not have full time doctors.

“Women in prison were the most vulnerable of detainees in Pakistan,” official remarked.

“The women police centre on Jail Road, Lahore was reported to have a lock-up area exposed to passers by while the bathroom inside had only a four feet wall,” he said.

These factors caused violation of privacy for women detainees, the official said adding, women were reportedly also kept in lock-up much beyond the stipulated time, while there were no separate juvenile cells for young girls under eighteen.

The report mentioned that according to HRCP media monitoring, at least 41 girls and women became victims of acid attack in 2012, 15 women had their limbs amputated, mainly over suspicion of immorality, heads of as many as 37 women were shaved to humiliate them and 49 women were set on fire in different incidents across the country.

On behalf of HRCP he recommended that implementation of women friendly legislation needs to be carried out well within the stipulated time.

He also asked for government proposed plans and policies for women that have been demanding an end to forced conversions of religion.

“Women need to be better accommodated in the socio-economic sector, through allowing them greater opportunities and safeguarding of their rights at workplace,” HRCP official commented.

The official further said representation of women in the judiciary needs to be improved through the appointment of women judges while there is need to have more female representation in the law enforcement department and for allocating more resources for them.

To overcome the dominance of the opposition over the political scene, members of the Kuwaiti parliament continue to propose legislation that empowers the structure of the oil-producing country as a rentier state. The past elections that brought those members to parliament witnessed a national voter boycott; the turnout was about 39% compared with 60% in the previous elections in February 2012. Benefiting from the controversial amendment of the electoral law, the current MPs are seen as loyalists to the government and incapable of making changes or reform. The legislative bills they keep proposing are referred to as "popular decisions," meaning they are made to win legitimacy and popularity, mostly by raising the salaries of Kuwaitis working in the public sector.

Nurses in Jeddah have called on the government to increase their salaries to compensate them for their long working hours and health risks attached to the profession.

They also outlined issues facing nurses in the Kingdom, including proper training and career development. They also said that it was becoming more acceptable to become nurses and that there was now advanced training for those wanting to enter the profession.

They urged the government to look more closely at how to ensure greater Saudization at private and public hospitals.

Mona Al-Shihri, a nurse, said the negative perception among Saudis toward the profession has changed, and this has led to an increased demand for Saudi female nurses.

She said there has been a notable increase in the number of women enrolled at colleges of nursing. She said students could now get degrees in nursing rather than only diplomas.

Who’s To Enforce Maids’ Day Off?

The Ministry of Labour’s recently approved decision to grant a weekly day off to domestic workers has been applauded, albeit with much scepticism regarding its enforcement.

“I would love to have a day off from cleaning, cooking and caring for my employer’s two small children. However, even with the ministry’s approval, I think most employers, including mine, will never implement such a system,” Masarah S., an Ethiopian housemaid, told Arab News.

Reya Martinez, a Filipino housemaid said: “I don’t believe most employers will give us a day off because they know that it can never be enforced. I mean, what will the ministry do? Will they send inspectors door-to-door to make sure domestic workers have a day off? It will never happen,” she said.

The current political scene in Iraq is appearing to encourage Iraqi women in the Anbar and Ninawa provinces to participate more than before in the political process.

Iraq’s elections committee said this week that the number of women competing in local elections has greatly increased compared with the 2009 elections, despite the tribal nature of both communities, adding that this participation is the highest since the fall of Saddam Hussein's regime in 2003.

Cop In Pakistan Held Over Illegal Detention Of Woman

LAHORE: Police in Nawab Town arrested an assistant sub-inspector (ASI) on the charges of torturing and keeping a woman in illegal detention.

ASI Abid allegedly tortured Nusrat Bibi at the police station and kept her in illegal detention. The woman had allegedly entered a house in Judicial Colony for a robbery.

After a publication of the report in newspapers, the Lahore CCPO ordered an inquiry into the incident and the ASI was found guilty.

The parliamentary watchdog is responsible for examining if the funds appropriated by the National Assembly were rightly used for government’s expenditure.