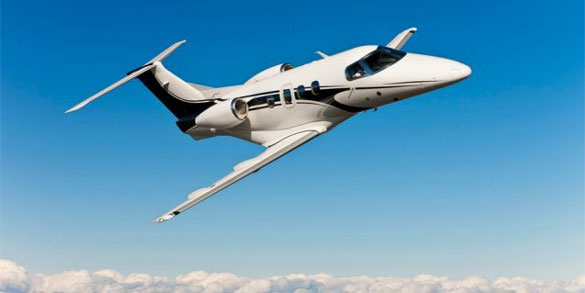 Female Genital Mutilation has not been mandated either by the Quran or Hadith but still it is practiced in Arab and African Muslim communities. The practice leaves many girls traumatised for life. Many of them die to the complications arising out of circumcision. But still the practice is alive more due to the male chauvinism than to its religious sanction.

On October 9, a man called Basoz Q and his wife Shwana Q fled with his 12 year son and 7 year old daughter to Germany and sought asylum there. The man told the Immigration that his father-in-law insisted that his wife and 7 year old daughter be circumcised. His father-in-law was threatening them in case they did not comply to the "Islamic law" of female genital mutilation. They finally sold their family restaurant at £55000 and fled to Germany on a private jet.

This incident is a glaring example of how Islamic male chauvinism has reduced women to a sex object under the cover of Islamic law. In Ancient Arab society, women were forced to undergo genital cutting to lessen their sexual desire to prevent tbem from adultery or extramarital affair. They believed that if they were not circumcised they would have a greater or more intense sexual urge which would lead them to licentiousness or adultery.

Islam did not make female genital mutilation mandatory. Neither Quran nor hadiths make FMG mandatory for Muslims. But the advocates of FMG insist that there are some hadiths that support it. Below are the hadiths:

1) "Abu Hurairah said, I heard the Prophet pbuh say, " The Fitrah is five things --- or five things are the part of Fitrah --- circumcision, shaving the pubes, trimming the moustache, cutting the nails and plucking the armpit hairs."(Bukhari: 5891, Muslim: 527)

This hadith is obviously about male circumcision but the supporters of FMG cite this hadith in support of FMG.

2) Abul Malih ibn Usama's father relates that the Prophet pbuh said, "Circumcision is a law for men and a preservation of honour for women.” (Ahmad ibn Hanbal: 5:75 Abu Dawud Adab 167).

This hadith also does not make FMG mandatory for women in clear words. For men, the hadith makes circumcision mandatory by saying "circumcision is a law for men" while for women it does not say it is a law but only a means of preserving a woman's honour.

3) Narrated Umm Atiyyah al Ansariyyah,"A woman used to perform circumcision in Madina. The prophet said to her, “Do not cut severely as that is better for a woman and more desirable for a husband."(Sunan Abu Dawud 41:525)

The female genital circumcision was prevalent in pre-Islam Arab and African society and so the Prophet pbuh did not oppose it openly and strictly but discouraged it because it was painful and also deprived a woman and her husband of the true sexual pleasure. In the hadith qouted above hints towards this fact. But the advocates of FMG stress the part "Do not cut severely" suggesting that the Prophet pbuh only said "Do not cut severely" and did not forbid cutting" and ignored the part "it is better for a woman and her husband".

The hadith makes it clear that the Prophet pbuh saw the practice as a mere regional cultural practice and that's why he pbuh did not make female genital mutilation a law for all the Muslims..

Therefore, thousands of girls of immigrant families in European countries are victims of forced FMG though in France and Britain FMG/C is illegal. These families are mostly from African and Asian countries. Iraq, Egypt, Somalia, Eritrea and Ethiopia are some of the countries where female genital cutting is common. And immigrants coming from these countries bring this custom with them and insist on it despite the fact that FMG is illegal in these countries. They say it is their religious duty and therefore they violate the law of their adopted country. There are about 5, 00, 000 victims of FMG across Europe and there has been an increase of 20% in the number in recent years. There are many European and Asian countries where FMG is not considered a religious duty and women there are not forced to undergo female genital cutting. Women in these counties enjoy their womanhood equally with their husbands. The Quran and hadith also preach men to like for their women what they like for themselves.

The incident of the Iraqi couple fleeing to a Christian country from an Islamic country only due to their father/father-in-law who threatened them with dire consequences if they did no agree on FMG brings the harms of extremist beliefs and practices prevalent in contemporary Muslim societies. These obscurantist Muslims have made life hell for their own kith and kin.

It is no surprise then that Germany has also decided to crack down on practitioners of FMG in the country and save women and girls from falling victims of a pre-Islam practice that threatened their life and caused them life long psychological and physical pain.