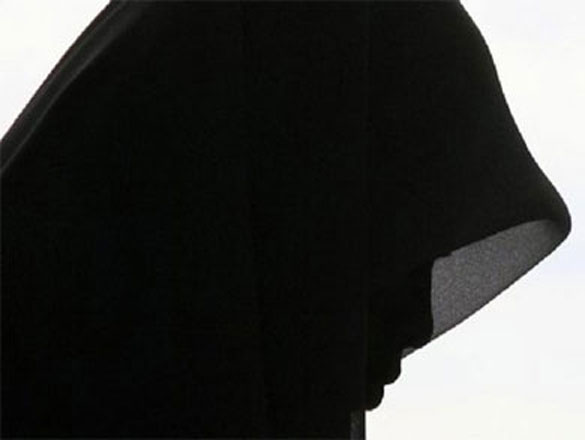 Some prominent local Hindu Mahasabha leaders arrived and assured her they will take up her cause so she gets justice.

Tension prevailed in Jamalpur area here after activists of a Hindu outfit tried to intervene on behalf of a Muslim woman who was squatting outside her in- laws' house with her four-year-old daughter after the family refused to let them in.

The woman Rihana (30) said she wanted justice for her daughter and herself but if it was denied she could resort to any extreme measure including embracing Hinduism. According to police, Rihana hailed from neighbouring Bulandshahr district and was married to Mohammad Shareef in 2012. Due to marital discord she and her child moved to her parents' house.

When all efforts to reach an amicable settlement failed, Rihana, her daughter and her entire family went to her husband's house yesterday in a predominantly Muslim locality here, but were not allowed inside.

The woman's family squatted at the door and soon a crowd gathered. Some prominent local Hindu Mahasabha leaders arrived and assured her they will take up her cause so she gets justice.

The presence of Hindu activists led to tension in the area. Police officials rushed to the spot and defused the situation. In the evening, the Hindu activists took her to meet Puja Shakun, National General Secretary of the Mahasabha.

Rihana told journalists her case had nothing to do with the issue of triple Talaq. Superintendent of Police, City, Atul Srivastava, told PTI that they were trying to help in working out a settlement.

The woman and her family later returned to Bulandshahr and have decided to come back to Aligarh again to resume their protest if things were not sorted out.

According to BBC, A 17-year-old girl has been charged with terrorism offences, the Metropolitan Police Force has said.

She is accused of communicating with a person in so-called Islamic State, possessing a flight booking to Istanbul with the intention to travel to Syria, and self-radicalising.

She was arrested in central London and appeared at Westminster Magistrates' Court on Wednesday, police said.

The girl was remanded in custody until Friday 28 April when she will appear at the Old Bailey.

It follows an investigation by officers from the Met's Counter Terrorism Command.

A 20-year-old woman was also arrested as part of the investigation and but was later released with no further action.

Both were arrested at the same address on 21 August 2016.

OTTAWA -  Nobel Peace laureate Malala Yousafzai became only the sixth person to receive honorary Canadian citizenship Wednesday, before advocating in a speech to parliament for women and girls' education - a cause dear to Prime Minister Justin Trudeau.

Wearing an orange hijab and a green dress, the young woman was welcomed to the seat of Canada's democracy in Ottawa by Trudeau.

At age 19, Yousafzai is the youngest person to speak to Canadian members of parliament and senators in a joint session.

Yousafzai had fought for years for the right of girls to education in her strictly Muslim home region in Pakistan.

During a ceremony inside the Gothic Revival halls of Canada's parliament, Trudeau praised Yousafzai for her advocacy. "Today we proudly bestow honorary Canadian citizenship on Malala Yousafzai, a young woman from Pakistan who has done tremendous things for the people of her country and for the children of the world," he said. "Malala, your story is an inspiration to us all," he said.

Yousafzai was given the Canadian flag from atop the Peace Tower at the entrance of parliament, and a copy of her 2013 book "I Am Malala" was added to the parliamentary library.

She thanked her hosts and expressed excitement in particular about meeting Trudeau, whom she praised for speaking out for women's rights, gender equality, and refugees "during a time where the world is hopeless."

"I wanted to say that Trudeau is an amazing person and an inspiration," she said. "He is a true example and I'm sure that other world leaders will learn from him."

Yousafzai had been invited to Canada by the previous Conservative government in 2014 - when she was awarded the Nobel Peace Prize - to receive Canadian citizenship in Toronto. But the ceremony was postponed due to the shooting of a ceremonial guard and an attack on parliament the same day.

Earlier Wednesday, Yousafzai joined the prime minister's wife Sophie Gregoire-Trudeau for a talk with students at a local high school. "The message I am spreading around the world to our leaders, to our politicians, (is) that they must prioritize education for each and every child around the world," she said to a standing ovation.

"There are more than 130 million girls that do not have access to education," she said. "I am here to speak on their behalf and to say if you are living in this modern world where we see improvements in technology, we should not be seeing children out of school."

A groundbreaking black jurist who became the first Muslim woman to serve as a US judge was found dead in New York's Hudson River on Wednesday, police said.

Police pulled Abdus-Salaam's fully clothed body from the water and she was pronounced dead at the scene. Her family identified her and an autopsy would determine the cause of death, the spokesman said.

Abdus-Salaam, a native of Washington, DC, became the first African-American woman appointed to the Court of Appeals when Democratic Governor Mario Cuomo named her to the state's high court in 2013.

“Justice Sheila Abdus-Salaam was a trailblazing jurist whose life in public service was in pursuit of a more fair and more just New York for all,” Cuomo said in a statement.

The Princeton Encyclopedia of American Political History said Abdus-Salaam was the first female Muslim to serve as a US judge.

Citing unidentified sources, the New York Post reported that Abdus-Salaam had been reported missing from her New York home earlier on Wednesday. Attempts to reach her family were unsuccessful.

A graduate of Barnard College and Columbia Law School, Abdus-Salaam started her law career with East Brooklyn Legal Services and served as a New York state assistant attorney general, according to the Court of Appeals website.

She held a series of judicial posts after being elected to a New York City judgeship in 1991.

MILWAUKEE (AP) - Milwaukee police are investigating an assault on a Muslim woman who says a man beat her after demanding that she take off her hijab.

The woman told the television station she was walking home from a prayer service at about 6 a.m. Monday when a man stepped out from a car and told her to remove her hijab. She says the man threw her to the ground and began beating her.

The woman did not want the television station to reveal her identity.

Milwaukee Muslim Women’s Coalition President Janan Najeeb told The Associated Press Wednesday the woman is a single mother in her 50s. She says police should treat the incident as a hate crime.

ISLAMABAD:- Five British men of Pakistani origin were arrested over harassing women and behaving rudely with other passengers during a Pakistan International Airlines (PIA) flight to United Kingdom. According to reports, the Pakistani born persons, travelling in PIA flight PK-791 from Islamabad to Birmingham, started harassing women, including the airhostess, and also misbehaved with other passengers in the plane for hours. One of the five men was arrested after the crew made an emergency landing whereas the rest were arrested by London Police after the aircraft reached its destination.–INP

The passengers said that the air hostess kept crying the whole journey. Her statement has been recorded by the investigators.

A spokesman of the national airliner has said that an Investigation Committee will look into the incident.