First Shia Woman On Trial In Saudi Arabia Over Protests 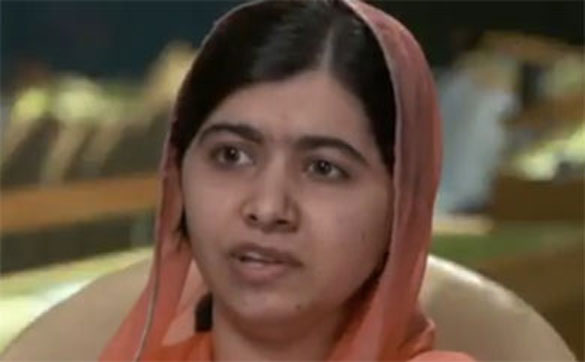 •  Trump Should Visit Refugee Camp To Understand Their Suffering: Malala

First Shia Woman On Trial In Saudi Arabia Over Protests

Saudi authorities have started legal proceedings against a Shia woman for taking part in protests in the east of the country, where Shias have for long complained about discrimination.

The Okaz daily said on Tuesday, without identifying the woman, that she was on trial over accusations of involvement in protests in the Shia-dominated region of Qatif.

The daily said the woman, aged 43,  was involved in what was described as terrorist activities, an accusation that Saudi authorities have repeatedly used in the past to frame Shia men, especially those attending peaceful protests to demand fair treatment of Shias and a better share in the country’s political system.

Rights activists identified the woman as Naimah Almatrod, a nurse, saying she was totally innocent of anything other than attending protests in Qatif.

Okaz said prosecutors accused the woman during a hearing in Riyadh on Monday of offences including "destabilizing security, negatively affecting the social fabric, wreaking havoc, (and) inciting sectarian sedition."

Shias mostly live in Saudi Arabia’s oil-rich territories in the east. Authorities have convicted more than 200 men over attending protests since they erupted in 2011.

Activists say nearly 30 have been killed in the regime's crackdown. Some have also been put to death, including Sheikh Nimr Baqir al-Nimr, the top cleric whose execution in January 2015 sparked huge international condemnations. Almatrod is the first woman to go on trial over the protests.

Okaz said the woman is also accused of using social media for incitement against Riyadh. Several other activists are behind bars in Saudi Arabia over their activities online as campaigners urge the regime in Riyadh to release them immediately.

ISLAMABAD  - Sapna Gobia is busy preparing for her wedding in Pakistan in a few weeks. In many ways, her wedding will follow traditions passed down through generations, with the bride and groom circling a sacred fire lit by their families.

But unlike the marriage of her parents, Gobia's will be formalized by a government certificate under a new Hindu marriage law.

The 25-year-old will be one of millions of women from Pakistan's Hindu minority who now have the right to a certificate establishing her marital status under the Hindu Marriage Act 2017 that was signed into law on March 19.

"We Hindu girls and married women have lived in the shadow of constant fear ... of being kidnapped, forced to abandon our faith and convert and re-married forcibly to someone not from our faith," said Gobia, a graduate in English literature from a government college in the town of Dharaki in southern Pakistan.

She hopes the new marriage law will help prevent such incidents of kidnapping of Hindu minority women and their forced conversion to other faiths for bigamous, forced marriages.

"With our marriages now legally registered with government authority ... no one could be able to stop us and our husbands from proving our marital status," Gobia told the Thomson Reuters Foundation.

"More importantly, bigamy has now been termed an unlawful and punishable crime in the new law - that is a big relief."

Since partition from India in 1947, and the creation of Pakistan as a separate state for Muslims, marriages of the Hindu minority of 30 million were not officially recognized, leaving Hindu women without protection under the law.

Trump should visit refugee camp to understand their suffering: Malala

Nobel Peace Prize winner and education activist Malala Yousafzai has advised US President Donald Trump to visit a refugee camp to get an idea of what life is like over there.

In her latest interview to the CBS This Morning in US she said: “President of US Donald Trump should visit a refugee camp, so he can understand the sufferings of these people.

"I have been to these camps, I have seen these people. He needs to know what real life is in a refugee camp,” she added.

Malala has been named as the youngest ever UN Messenger of Peace.

Taliban had shot her in the head in Swat Valley in 2012 for her blogs criticising their rule and promoting education for girls.

She went to the UK for treatment.

Due to threats, Malala and her family have not been able to return to Pakistan.

LUCKNOW: The Uttar Pradesh government has decided to elicit views of Muslim women on

women", Chief Minister Yogi Adityanath said while holding a meeting with the Women and

Directing officials to prepare a plan for taking views of Muslim women, the CM asked

from April 15 will also be discussing the issue of tripe talaq.

The Board, however, has opposed the PILs and filed counter affidavit in the apex court defending Muslim Personal Laws and triple talaq.

The Centre had on October 7 last year opposed in the Supreme Court the practice of triple talaq, 'nikah halala' and polygamy among

Muslims and favoured a relook on grounds like gender equality and secularism.

The Ministry of Law and Justice, in its affidavit, had referred to constitutional principles like gender equality, secularism, international

covenants, religious practices and marital law prevalent in various Islamic countries to drive home the point that the practice of triple talaq

and polygamy needed to be adjudicated upon afresh by the apex court.

or due to other marriages of their husband.

The CM also directed officials to prepare rules regarding compulsory marriage registration in the state.

During the presentation of the minority department, the Chief Minister asked officials to modernise madrasa education and include English,