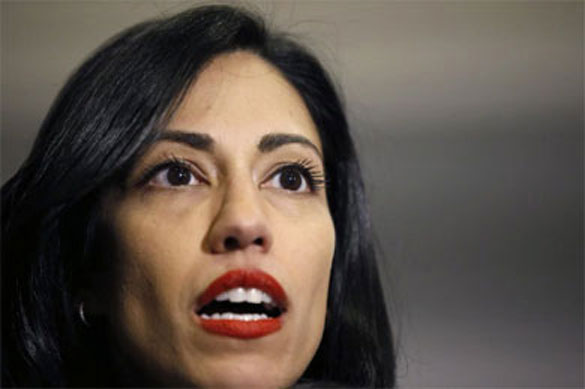 •  Burkini Bans are Anti-Catholic (Or Will France Ever Learn?)

•  Europe and The Islamic Veil: Why It’s Fair to Ask Immigrants to Follow Host Nation Values

It would be hard to find swimwear skimpy enough to cause offence on the French Riviera. It turns out that people are more easily shocked by the idea of covering up.

With emotions still running high after the attacks on Bastille Day crowds in Nice and on a Normandy church, the mayor of Cannes instituted a ban on swimming at the city’s beaches in dress that could be held incompatible with morality, secularism, hygiene or safety – as well as anyone wading in fully clothed. No one was in any doubt of what he had in mind: the full-length, hooded two-piece for Muslim women, known as the burkini. Other local mayors followed suit, sparking fierce debate and legal challenges that have yet to be resolved by France’s supreme court.

The controversy may seem frivolous but it encapsulates the difficulties French society is grappling with as it confronts the threat of jihadism. In a country that bans the veil from schools and the full-face version from public spaces, there is a widespread discomfort with visible expressions of faith. But this should not lead people to conflate strong religious conviction with violent extremism.

It can be hard for those outside France to see the subversive side of a swimsuit. There is no consensus on the issue within France, or among French Muslims. But dislike of the burkini crosses party lines. Jean-François Copé, a rightwing politician seeking to run for the presidency, whipped up opposition to a private burkini event (later cancelled) with the cry: “No to Salafist holidays!” Manuel Valls, socialist prime minister, has denounced the burkini as the instrument of an “archaic” concept of Islam, and of “a political project founded on the enslavement of women”.

Whatever one thinks of the burkini, it is hard to see any way in which legislating against it could be helpful.

Feminist arguments are unlikely to cut much ice with young Muslim women who have no doubt of their own autonomy and choose to cover up. And for anyone who is indeed subject to family or cultural pressure, the alternative could be staying at home.

Some mayors are merely engaging in gesture politics. But others are acting on genuine concerns about disorder. There has been a brawl on a beach in Corsica between Muslim families and other locals, followed by a more serious disturbance.

Flaunting one’s Muslim identity is a provocation in the current climate, the argument runs (this is a view shared by some Muslims, wary of inviting racist aggression). But this is the logic that blames victims of sexual assault for wearing provocative clothing. If there is a danger of such a reaction, politicians should not be legitimising it.

Rather than invoking the secular constitution and lashing out at symbols of Muslim identity, France needs an honest discussion of what secularism means and whether it is preventing some Muslims finding their place within French society. Laicité is not a static concept. Attitudes have hardened in recent years, with a majority advocating not just separation of church and state, but the avoidance of religious display in all public spaces.

First-generation immigrants often acquiesced in such “discretion” as the price of acceptance in French society. But for younger Muslims, especially those angry at discrimination, religion is increasingly a badge of identity.

So when Jean-Pierre Chevènement, a senior socialist politician likely to head the new Foundation for French Islam – intended to aid integration – said this week that Muslims would do well to show discretion, social media offered a swift and sarcastic response. Some suggested passing off a headscarf as a way to avoid frizzy hair; others posted Harry Potter donning an invisibility cloak.

Some may still be able to laugh it off, but the message many young Muslims draw from the polemic over burkinis is that the French state would prefer them to be invisible.

Security officials from German Chancellor Angela Merkel's conservative bloc on Friday proposed a ban on wearing the burqa and other face-covering veils in public schools, courts, while driving and in other situations.

Top Hillary Clinton confidante Huma Abedin played no formal role in a radical Muslim journal — even though she was listed as an editor on the hate-filled periodical’s masthead for a dozen years, a campaign rep claimed Sunday.

“My understanding is that her name was simply listed on the masthead in that period,” Clinton spokesman Nick Merrill said hours after The Post broke the bombshell story. “She did not play a role in editing at the publication.”

ERBIL, Kurdistan Region – MyeDream launched their first event as a startup incubator in Iraq’s Kurdistan Region, designed to invigorate and empower young entrepreneurs and bringing about a large number of young women with ambitions of starting their own businesses.

“We highly encourage women and girls and people of all places and backgrounds to participate,” the MyeDream site said, putting out a call for women with high-flying ambitions to attend.

Ofcom has rejected complaints that it was inappropriate for Channel 4 News to allow a Muslim journalist to present coverage of the Nice truck attack.

It has emerged that Kelvin MacKenzie, who attacked the decision by Channel 4 News in his Sun column and called on readers to complain to the media regulator, did not in fact end up lodging a complaint himself.

Burkini Bans are Anti-Catholic (Or Will France Ever Learn?)

Some French Riviera resorts (along with a few other places, including a ban on full-face coverings in Germany) have begun to prohibit full-body swimwear, aimed at the Muslim “burkini,” but potentially farther reaching. As the New York Times indicates:

[T]he more important and dangerous point, Mr. Muhammad said, is that there is no legal definition of the burkini. Typically many Muslim women, who do not want to spend 40 to 125 euros for a burkini, wear a T-shirt and long pants. Some even take off their hijab, others put on a bathing cap.

Europe And The Islamic Veil: Why It’s Fair To Ask Immigrants To Follow Host Nation Values

German Chancellor Angela Merkel’s party— the Christian Democratic Union (CDU)— is moving towards greater policing of immigrants, surveillance of public areas and a partial ban on women wearing the face veil in some public spaces. A CNN report quoted German Interior Minister Thomas de Maiziere as saying that “full-face veils” are not on, adding, for good measure, that the ban may include “not just the burkha (but) any full face veils that only shows the eyes of a person.” The idea is to ban veils in places where identification is required – in registry offices, schools, government offices, while driving, etc.