Bella Hadid Does Her Bit for the Environment With Tree Pledge 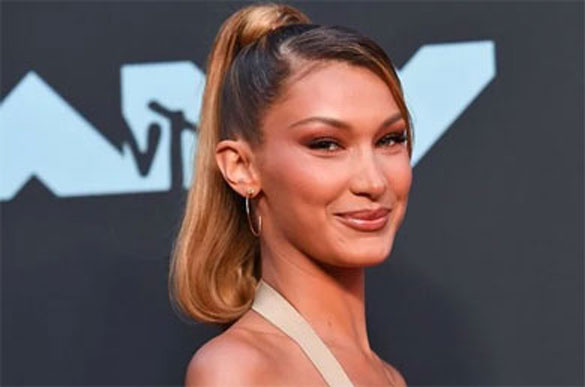 •  Bella Hadid Does Her Bit for The Environment With Tree Pledge

Bella Hadid does her bit for the environment with tree pledge

DUBAI: US-Palestinian model Bella Hadid is taking steps to help the environment, something she says is important to her because of the many flights she has to take as an internationally in-demand model.

Known for jetting from runway to runway, the 23-year-old style star took to Instagram this week to announce that she will donate 600 trees in a post featuring a slide show of images —a mother-earth like illustration and screenshots of information about the vital role trees play in both the Amazon and California.

“Donating 600 trees to be planted , 20 for each flight I took these past three months and probably will continue for the rest of the year,” she captioned the post.

“It makes me sad how much my job effects my carbon footprint and of how brutally climate change is obviously effecting the world. Mother Nature needs some love. I’ll be starting with my home in California (129 million trees need to be restored re: wildfires, 1.3 million acres burned) and of course the Amazon for the most recent wildfires, but please reach out and let me know which locations need to be shown some love as well, all regions welcome. Africa, Asia, North America, and Latin America (sic),” she continued.

Air travel is a major source of carbon emissions — a one-way trip from New York City to London emits one ton of carbon dioxide per passenger, Vox reported.

“This is so exciting and interesting to me, that even though I’m not physically there, trees are being brought to life in the most incredible places that are in demand of them! It’s the air we breathe, the water we drink, the biodiversity and animal life we need. I know it’s not much , but when I fly, I look out the window and see so many beautiful, extensive forests, so much land and trees but also so much that needs lots of help,” Hadid added in her post.

RIYADH: Ways of overcoming some of the challenges and prejudices faced by female Arab journalists topped the agenda at a Saudi conference on Wednesday.

Women writers from throughout the Middle East and North Africa region gathered at the headquarters of the Saudi Press Agency in Riyadh for the third session of the Arab Female Journalists seminar.

Shoura Council member and honorary guest, Nora Al-Shaaban, joined delegates in hailing the increased presence of women in the media sector, but said: “Female journalists have ambitions and it’s their right to achieve them.”

Yemeni journalist Ahlam Abdul Raqeeb participated in a panel — moderated by secretary-general of the Federation of Arab News Agencies (FANA), Dr. Fareed Ayar — which looked at the professional obstacles that Arab women journalists were sometimes confronted with and how to address them.

Conference delegates were told that Abdul Raqeeb was arrested in Yemen for six days because of her work and was constantly threatened. She escaped her home country with her children after contacting Saudi authorities a few years ago.

In Sudan, more women were being hired into leading roles, said Saeeda Hamat, a Sudanese journalist with the Sudan News Agency.

“Sudanese women hold executive positions in ministries as deputy ministerial advisers, and with the December revolution in Sudan, we now have female ministers. We are progressing. We do not have any obstacles in front of us. Do not cry over spilled milk and stop looking to the past but toward the future,” she told the gathering.

Samiya Al-Saayda from the Jordan News Agency (Petra) suggested that new reporters should be trained for a full year before starting work in order to give them a better understanding of the job. “You wouldn’t let a doctor perform surgery without training and the same goes with ethical journalism.”

Mothers in newsrooms was another issue raised in the same session, with employers often reluctant to hire them.

Nabilah Islam - Atlanta has its own AOC and she is ready and able.

I had heard of Nabilah Islam from a friend in Georgia. She was impressed with the millennial's policy positions. But most importantly she said she knew how to deliver them.

Nabilah Islam impresses not only with her policy positions but with her lived experience. It allows her an empathy few politicians have with the constituent.

I made arrangements to interview Nabilah Islam with her campaign manager a few weeks prior. Followingly I was made aware of the most apropos NBCNews.com article titled "Atlanta may have its own AOC" which I found very telling.

America's millennials are in dire straits when examining many of their socio-economic metrics. Nabilah Islam's life story is not detached from that reality. It is time for this generation to take their place politically to address problems imposed on them by previous generations that were at best shortsighted with the decisions they made on economic and fiscal policies. Millennials must now unwind them for a chance to lives many of their parents and grandparents had.

LONDON - Sudan’s transitional authorities announced a decision to abolish a law that oppressed the country's women for decades as well as to dissolve the former Islamist ruling party, the National Congress Party.

The sovereign council and the civilian-led cabinet now ruling Sudan announced both moves based on their legislative prerogatives, which they will likely share for three years, until a new parliament is elected.

Both decisions were demanded by protesters whose demonstrations led to the end of the autocratic rule of former President Omar al-Bashir, deposed in April by the army.

The Public Order Act, adopted in 1992 by al-Bashir’s Islamist government, was the target of demonstrators' ire and helped mobilise women against him.

The law allowed for the detention and flogging of women who did not behave according to a repressive moral code that included their not being allowed to wear trousers. Implementation of the code's provisions resulted in frequent public floggings of independent-minded women.

“This law is notorious for being used as a tool of exploitation, humiliation & violation of rights,” Prime Minister Abdalla Hamdok tweeted. “I pay tribute to the women and youth of my country who have endured the atrocities that resulted from the implementation of this law.”

Women advocates welcomed the abolition of the law. "The government has delivered what it had promised. This is a real win for us, for the feminist movement in Sudan and for women's rights," said Sudanese activist Tahani Abbas.

Another women's rights activist, Hadia Hasaballah, told Reuters: "The decision to abolish the public order law is a culmination of the courageous struggles of women for 30 years. Women martyrs deserve it."

The National Congress Party (NCP) was a key instrument used by al-Bashir to anchor his authoritarian rule since a 1989 coup.

The country's ruling sovereign council and the cabinet issued a law titled "Dismantling of the regime of 30th June 1989" to dissolve the NCP.

"The National Congress Party is dissolved and its registration is cancelled from the list of political parties in Sudan," Hamdok said.

"The decision is not revenge but it aims to preserve the dignity of Sudanese people, which was crushed by dishonest people."

The ban on the NCP will likely also mean dismantling the wide clientelist network, confiscating its properties and disabling the militias that backed al-Bashir during his rule.

Sudanese Justice Minister Nasr-Eddin Abdul-Bari said: “With this law, we will be able to retrieve a lot of funds that were taken from the public treasury to create institutions that acted as a parallel state.”