'She's the Hero of London': Muslim Woman Praised For Stepping In To Stop Horrific Antisemitic Abuse 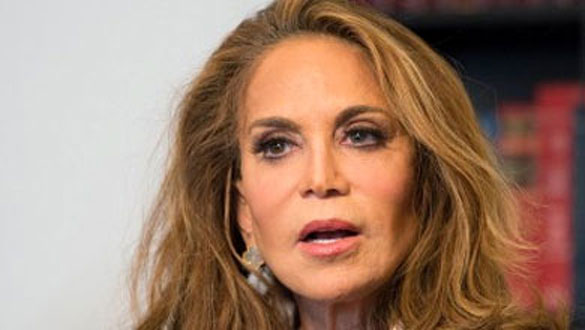 Pamela Geller, who promotes herself as a 'a wonderful fighter for liberty,' was tagged as one of those behind the report — proved to be false — that US President Barack Obama was not born in America. (Supplied photo)

•  'She's the Hero of London': Muslim Woman Praised For Stepping In To Stop Horrific Antisemitic Abuse

'She's the Hero Of London': Muslim Woman Praised For Stepping In To Stop Horrific Antisemitic Abuse

The suspect, whose name and age has not been released by police, was held in Birmingham on Saturday night on suspicion of committing a racially aggravated public order offence and he remains in custody.

His arrest came after a man was filmed reading anti-Jewish Bible passages to two young boys in skullcaps while they were travelling with their family on the Northern Line.

Wearing a cap and hoody, the man is seen in the video threatening a man off-camera after he tries to intervene before a woman in a hijab – Asma Shuweikh – confronts him.

The mother-of-two, from London, told the PA news agency she “wouldn’t hesitate to do it again”.

Reported by the Press Association, Shuweikh said she got off the Underground after two stops and did not realise the video was going viral until a friend texted her to say she had seen her on Twitter.

DUBAI: A once unknown former financial analyst and associate publisher, Pamela Geller was one of the most vocal critics of Islam following the 9/11 attacks, becoming infamous for her extremist anti-Muslim views and activism.

In 2010, Geller co-founded the American Freedom Defense Initiative (AFDI), which she said was formed to stop the “Islamization of America” and “creeping Sharia” in the US. An international Jewish non-governmental organization known as the Anti-Defamation League and the civil rights group Southern Poverty Law Center described AFDI as exhibiting anti-Muslim bigotry.

Aside from co-founding anti-Islamic groups, Geller has been associated with various acts of hate speech targeted at Muslims over the past decade.

Dr. Deniz Gokalp, associate professor of social sciences at the American University in Dubai, says Geller is someone who intentionally incites hatred toward Muslims.

“Her hatred toward Muslims and hate speech targeting Islam should be dealt with by democratic strategies to marginalize and delegitimize her as a public figure,” Gokalp told Arab News.

Geller first gained attention in 2006, two years after starting her blog called “Atlas Shrugs,” when she reprinted the controversial cartoons of Prophet Muhammad that were originally published in the Danish Jyllands-Posten newspaper, which triggered off protests across the Islamic world.

A year later, she attended a “counter-jihad” conference in Brussels — a self-titled political current with a belief that the Western world is being subjected to an invasion by Muslims.

Geller stirred further controversy in 2010 when she led a campaign against plans to build a Muslim community center close to the World Trade Center that she referred to as the “Ground Zero Mega Mosque.” She claimed that it would have been viewed by Muslims as a “triumphal” monument built on “conquered land.”

Three years later, Geller faced criticism yet again over controversial anti-Muslim ads posted on public transport in New York. Prompted by an ad critical of Israel on the subway, Geller said that she was exercising her freedom of speech by showing a picture of the burning World Trade Center with a quote from the Qur’an.

Gokalp said free speech, including hate speech, is necessary for a healthy society to listen to and be aware of the dominant discourses and to become proactive, but that it becomes detrimental when “political institutions provide impunity for hate crimes.”

In 2015, Geller’s organization, the AFDI, grabbed headlines when it announced that it would pay for an anti-Muslim advert to be printed on New York buses. The ad showed a man with his face covered alongside the text “Killing Jews is worship that brings us closer to Allah.”

Below this text, the advert read: “That’s his jihad. What’s yours?”

That same year, Geller also helped to organize a “Draw the Prophet” cartoon contest on May 3, 2015, at the Curtis Culwell Center in Garland, Texas, where the winner received a $10,000 prize.

US President Donald Trump also criticized her: “What is she doing drawing (Prophet) Mohammad? And it looks like she’s actually taunting people — and it’s disgusting that it happened.”

Her supporters say she is prepared to say things others shy away from. Critics argue that she is guilty of spreading fear of Islam.

Although she insists that she is not against Islam in general, only radical Islam, she has been quoted as describing Islam as a “genocidal ideology.”

She has repeatedly on live television news channels such as CNN, Fox News and Russia Today to accuse Islam of being a religion of violence that has inspired Hitler and to claim that “Muslim immigration means more Islamic terrorism.”

In response to Geller’s controversial and extremist activism against Muslims, the British government barred her entry into the UK in 2013, saying that her presence would “not be conducive to the public good.”

Geller, who is of American nationality and resides in Long Island, New York, lived a relatively quiet life before shooting to fame.

After Geller married Michael Oshry in 1990, she spent most of her time as a “well-to-do Long Island housewife” until her divorce in 2007. She received almost $4 million in her divorce settlement as well as $5 million in life insurance payments after the death of her former husband.

These funds contributed to her campaigns and supported her anti-liberal push on social media.

Geller said that the Sept. 11, 2001, attacks were one of the main triggers for her embracing anti-Muslim ideology. She says she launched the “Atlas Shrugs” website —  where she denounced Islam at every opportunity —  “in honor of right-wing hero and self-described Objectivist author Ayn Rand.”

Geller has defended Slobodan Milosevic, the Yugoslav president who went on trial for genocide, crimes against humanity and war crimes committed in Croatia, Bosnia and Herzegovina and Kosovo between 1991 and 1999, before he died in March 2006.

She denies the mass killing of Bosnian Muslims during the 1991-1999 war in the former Yugoslavia by ethnic Serb nationalists, calling it “the Srebrenica genocide myth.” As for the 1999 NATO intervention in Kosovo, she said it was conducted “to pave the way for an Islamic state in the heart of Europe – Kosovo.”

Geller mingles with notorious far-right extremists and white nationalists across the world. She has been invited to give lectures by the German far-right organization Pro Koln and the British anti-Muslim group English Defense League (EDL). She is also a fan of Geert Wilders, the Dutch anti-Muslim politician.

Geller was cited in Norwegian far-right extremist Anders Breivik’s manifesto that was posted online before he killed eight people with a bomb and then gunned down 69 others - many of them teenagers - at a summer youth camp in 2011.

In an apparently sympathetic post, Geller wrote that Breivik “was targeting the future leaders of the party responsible for flooding Norway with Muslims.”

A Muslim woman who was viciously attacked by a man in a Sydney cafe has said that she has been verbally abused before.

Rana Elasmar, who is 38 weeks pregnant, was brutally attacked by Stipe Lozina in a cafe in Parramatta.

She was out dining with friends on Wednesday when the perpetrator started punching and kicking her.

Lozina shouted Islamophobic abuse at the women who were all wearing the hijab.

Ms Elasmar posted the following statement on her Facebook in response to the attack:

“First and foremost I would like to start by thanking all the people who came to see me, those who have offered kind words and comfort through messages and calls, as well as those who have messaged their support through various Facebook posts. I want to sincerely thank each and every one of you, it truly means a lot.

“I have always been a very private person and don’t normally take to social media to post or comment on anything, however, I felt like this time, it was important to address a few issues and raise awareness.

“I was born and raised in Sydney, Australia. I am a Muslim. I have experienced occurrences of verbal abuse and hate from other Australians in the past but I have never thought that physical abuse of this nature could happen to me. For me, the verbal abuse was already too much and I know the Islamic community feels the same. It is NOT ok.

“How somebody feels like they have the right to abuse another human being baffles me. It shows a lack of humanity. It shows weakness. It shows that you do not possess basic human empathy and kindness and those are the kinds of people who do not deserve to be part of our Australian community.

“This man verbalised his hatred of Muslims prior to hitting me. He decided that he was going to take it in his power to act upon his hatred and he neither knows me, nor my religion. I do not want this attack to happen to anyone ever again. I want to see a world where people defend one another against cowardly acts like this and band together to protect the victims. We cannot allow behaviour like this to become the norm and sit silent.

“I thank the people who stepped in that night in my defence. And to my friends who did not hesitate to step in for me, you are more like sisters to me and I am so grateful for what you both did. You have allowed me to step away from this and go home to my family.

“The overwhelming support I have received is a reflection that this was a story that many can relate to. We are mothers, wives, daughters… and we deserve to feel safe wherever we go. We deserve a night out to unwind without being fearful of an attack like this happening again. I fear for the world our children will grow up in, if this issue is not addressed.

“I call all Australians, Muslim or non-Muslims, of all faiths and cultures to come together, as you have already done for me, and voice your solidarity in protecting innocent people from any future racial/religious attacks.

“I hope the justice system lives up to its name. And I also hope a proactive approach is taken against any potential future offenders.