Mehbooba Mufti To Be The 16th Woman Chief Minister 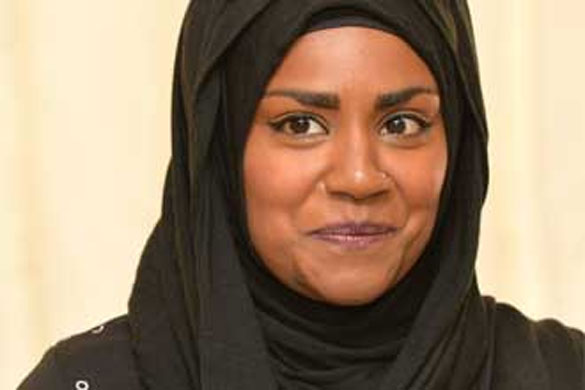 Photo: Hussain said it's hard not to read the negative abuse on Twitter Anthony Harvey/Getty Images

•  Primary schoolchildren in Islamabad may get free lunches

Mehbooba Mufti to be the 16th woman chief minister

Mehbooba Mufti, who is all set to succeed her father Mufti Mohammad Sayeed as chief minister of Jammu and Kashmir, will be the 16th woman chief minister in post-Independent India.

The 56-year-old president of People’s Democratic Party (PDP) will be the first woman to hold the top job in the Muslim-majority state since its accession to India in 1947.

She will also be the second Muslim woman to head a state – the first being Syeda Anwar of the Congress who became chief minister of Assam in 1980.

Sucheta Kriplani was the first woman to become chief minister of an Indian state ( Uttar Pradesh) in 1963.

QUETTA: The Governor of Balochistan, Muhammad Khan Achakzai, has summoned the winter session of the provincial assembly on Friday (today). A notification issued by the assembly’s secretariat said it would be the first session after the election of Raheela Hameed Khan Durrani as speaker of the legislature.

Meanwhile, the assembly issued an order banning the entry of armed guards of MPAs to the assembly’s premises during the session. “There is complete restriction on carrying weapons on the assembly premises under privileges of the Balochistan Assembly Act-1975 Clause 11,” the notification said.

Nadiya Hussain, the winner of Great British Bake Off, has revealed she had police presence in her home following her appearance on the BBC programme.

The baker’s self-depreciating mannerisms and facial expressions ensured her as viewer favourite, including the Prime Minister’s, when she contested in the 2015 series.

She emerged victorious in the GBBO final, which was witnessed by 13 million viewers making it the most watched television programme in 2015. Her emotional winner’s speech even saw Mary Berry tear up when discussing her victory.

However, despite the positivity surrounding her win she was still subject to abuse online, much of it being on the grounds that she is a Muslim.

Appearing on ITV's Loose Women on Wednesday, the popular contestant discussed the anti-Muslim abuse she received on social media and the subsequent police presence at her home in Leeds as a result.

“There was quite a lot of negativity on Twitter, I tried really hard not to look at it…You know you can do two things, the old me would have very much said just regretted everything and there were times when I thought ‘What have I done, am I putting my kids in danger? What am I doing?’”

“[My husband Abdul] was always the one to just say ‘you know what, it’s ok’, they're such a minority and it doesn’t matter… if anything I proved to myself that I can have the confidence not to care what people think and for me that’s what came out of it all.”

Responding to a question by guest panellist and I’m a Celebrity Get Me Out Of Here winner Vicky Pattinson, Hussain admitted police visited: “We had to have people come in and check that we’re ok.

“For me, some of the tweets I looked at, I thought it’s nothing it’s fine… but you know everybody wanted to make sure that we were safe and that we were ok and well.

When Pattison asked if that was scary, she replied: “It was, but my kids loved it like ‘woo policemen’."

Since winning the series, Hussain, 31, has signed a book deal and written columns and recipes for various magazines.

Surat: A 22-year-old Muslim girl, who has just completed her MCA course, set an example for her community on Thursday by honouring all her teachers from college to primary school in her village Haldharu of Surat. She also made it a point to honour all bright students of her village.

Nishadbanu Vajifdhar, a resident of Haldharu village, about 25 km of Surat city will be getting married on January 10, with Rameez Mohmmad of her village who is an MBA.

Daughter of a farmer, Nishad thought that instead of spending money on feast and mehfils she must utilize the wedding money in constructive way to set an example for her community and encourage youngsters of her village to persue higher education.

"In our village, levels of education is very low. My father too wants everyone to be properly educated. So, I decided to spend the money on felicitating those who taught me from nursery to MCA. We will also donate money to institutions that made me an educated human being," Nishad told TOI.

Anees Vajifdar, Nishad's uncle said, "Respecting our daughter's wish gives us happiness. She thought of community and came up with an idea that could be followed by all. If this happens, there would be no uneducated person in our community."

Pakhu Patel Vidyalaya of Haldharu and Shantaram Bhatt English medium school, Mota, in nearby village were given donation by the family. Nishad's would-be husband Rameez approved of her wish and joined the function on Thursday along with his family.

Primary schoolchildren in Islamabad may get free lunches

ISLAMABAD: Primary school students in Islamabad will get free lunches under the Prime minister’s school reform initiative, and for this purpose, the World Food Program (WFP) will be collaborating with the government.

“Since the project is in its initial stages, we can’t give out much information about it yet,” she said.

Sources at CADD said milk and boiled eggs were being considered as options, if not, then other food items will be provided free of cost.

Meanwhile, the newly appointed Minster for CADD Tariq Chaudhry and other CADD officials attended a consultative meeting with Development Partners International (DPI) at the ministry.

The CADD minister told the meeting that the prime minister’s Education Transformation Plan for Islamabad is a model for the whole country, including Azad Jammu and Kashmir and Gilgit Baltistan.

The CADD minister said there was a need for introducing new ideas and models for the development of educational infrastructure. He also talked about the Montessori’s to be opened in public sector schools and said this will be done in phases.

“In the first phase, Montessori’s will be introduced in five schools and then in others in later phases,” he said.

DPI experts gave their advice for the reforms and representatives from USAID, DFID, JICA, WFP, Canadian Program Cooperation and Pakistan and others also attended the meeting.

MINGORA: Tabassum Adnan was elected the first speaker and Ms Sajida deputy speaker of the first women assembly of Swat here on Thursday.

The election for speaker and deputy speaker of the assembly was held in pleasant environment in which members of women assembly used their right to vote.

The women assembly was formed under the Aurat Foundation’s voice and accountability programme, Awaz, with women’s representations from all 67 union councils of Swat district.

The women assembly has 33 members, including 30 on general seats and three additional seats – one each reserved for minorities, transgender and disabled person.

Tehsil nazim Ikram Khan administered oath to the elected office-bearers and hoped they would work sincerely for the uplift of women rights in Swat. He said that the assembly should focus on women issues and work on them.

“Nurturing women to bring them on leadership positions and create support base for legislative demands and their implementation are major objectives of the women assembly,” said Nisar Alam, district coordinator of Aurat Foundation.

Tabassum Adnan vowed to fight for the rights of women through the assembly’s platform.

“We are faced with child marriages, women trafficking and violence against women, so we will try to resolve all such issues,” she told Dawn.

Nasim Akhtar, one of the members, said that formation of the women assembly was a positive step towards women’s empowerment.

KUCHING: Sarawak police have scored a 100 per cent success rate in solving all the 149 reported cases of rape in the state last year.

“Only three cases involved violence. We have scored a 100 per cent success rate in solving all these reported cases.

“All suspects have been arrested and most of them have been charged in court,” he said here today.

He said the state CID treated all violent crimes against women seriously.

“I have directed all district CID chiefs and the Sexual Crimes Unit (D11) not to treat reports of violence against women and children lightly.

“These cases must be investigated expeditiously and the culprits brought to book,” he said.

Meanwhile, Dev said that two rape cases, including one that involved a minor, had been reported this year.

The rape cases reported in Sarawak last year increased by five cases, or three per cent, compared to those reported in 2014, he said.

DAMMAM: Orphaned teenage girls are provided better love and care with foster families than in government shelters, according to a student researcher from Naif Arab University for Security Sciences (NAUSS).

Maha Mohammed Al-Owaini, a master’s student at NAUSS, said: “Girls who are given care and protection by foster families do not suffer from any psychological or social problems, compared to those living in institutions and shelters.”

The researcher conducted her study on 50 adolescents living in Ministry of Social Affairs institutions and 35 with families in Riyadh. The study recommended that there should be further health, psychological, vocational, educational and social rehabilitation provided for these young people.

According to the latest statistics issued by the ministry, about 200 beneficiaries live in 17 government shelters for females. These institutions provide health care, education and religious training. There are also programs for juvenile delinquents who are detained, under investigation or facing trial.