Mukhtaran Mai, a Symbol of Bravery and Resistance in Pakistan

On a sunny winter afternoon, I found myself comfortably sitting on a charpoy, sipping Chai on the roof of a small red-bricked house surrounded by golden wheat fields in southern Punjab. My host was none other than Mukhtaran Mai, a woman who has become a symbol of bravery and resistance in Pakistan. 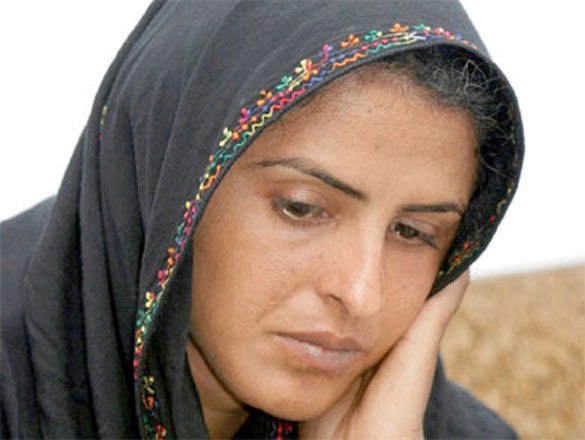 Coincidently, I met Mukhtaran only a few days after the announcement of the long-awaited Supreme Court decision on the legality of Jirgas and Panchayats. Six years ago, the National Commission on the Status of Women (NCSW) along with the government of Khyber Pakhtunkhwa had filed a petition to declare the informal justice system in Pakistan unlawful and against the canons of law. This system, which has existed for centuries in rural and urban pockets of Pakistan, stands as a tribal institution of decision-making and dispute resolution. In this pursuit, these non-state institutions incorporate prevalent local customary law and a body of community elders whose collective decisions are binding on the involved parties.

Over time, the decisions rendered by these informal institutions have been largely scrutinised for their role in perpetuating various forms of violence against women (VAW) and for opposing the very notion of gender equality in the country. According to a study by the Human Rights Commission of Pakistan, there were over 5,660 cases of VAW reported in the country during 2017 and many of them were linked to the decisions of Jirgas and Panchayats.

In recent years, the Pakistani media has frequently highlighted cases to establish how the informal justice system propagates acts of VAW and one such case which appalled the entire country was that of Mukhtaran Mai. In this case, the local Panchayat ordered for Mukhtaran to be gang-raped as a punishment for her brother’s alleged illicit relationship with a girl from a rival clan. The superior courts later acquitted the prosecuted for the crime, illustrating the failure of both the formal and informal system to dispense justice.

In December last year, while hearing the petition filed by NCSW, the then chief justice of Pakistan, Mian Saqib Nisar, in a landmark judgment held that Jirgas/Panchayats violate Pakistan’s international legal obligations under the Universal Declaration of Human Rights, International Covenant on Civil and Political Rights and the Convention on the Elimination of All Forms of Discrimination against Women. Under these conventions, the state of Pakistan is obligated to ensure that everyone, regardless of their gender, has access to courts or tribunals and is treated equally before the law.

Furthermore, the verdict held that the discriminatory function of Jirgas/Panchayats was in contravention of fundamental rights also guaranteed by the constitution of Pakistan, in specific, through articles 4, 8, 10-A, 25 and 175(3). Consequently, the Supreme Court concluded that it was unlawful for the informal justice system to adjudicate on any civil or criminal matters. However, the judgment allows Jirgas/Panchayats to operate ‘within the permissible limits of the law’ to the extent of being arbitration, mediation, negotiation or reconciliation forums in civil disputes if both parties give their consent.

According to the judgment, any decisions or directives passed by Jirga/Panchayat members are illegal and against the spirit of the constitution since they cannot assume the jurisdiction of a civil or criminal court without any lawful authority. Therefore, if any illegal decisions or directives passed by the informal justice system result in the commission of a crime, then the offender as well as any individual or group of persons involved in aiding such Jirga/Panchayat shall also be held liable for the offence. Moreover, CJ Saqib Nisar directed law-enforcement agencies to be vigilant of illegal decisions by informal institutions and initiate investigations against such practice on their own accord even if a crime is not reported. Furthermore, the police must ensure compliance with standard operating procedures, which were to be introduced by the police administration within two months of the judgment.

I was curious to know what Mukhtaran thought of the Supreme Court decision and whether she believed that this would limit the powers of Jirgas and Panchayats and restrict their roles in community dispute resolution to that of mediators in civil disputes. Sounding pessimistic, Mukhtaran explained that even though similar decisions had been passed by the superior judiciary in the past, the informal systems have continued to make decisions which perpetuate violence.

Mukhtaran links the extrajudicial decisions made by the Jirgas and Panchayats to influential tribal leaders involved in the informal council. These tribal leaders, especially in rural segments of the country, have strong ties to law-enforcement authorities. Consequently, in cases where the informal justice system is involved in perpetuating violence against women and the girl child, they are given protection by local policing bodies.

Mukhtaran believes that only a revolution challenging the entire feudal structure, which is backed by political will, could potentially bring change.

Despite the fact that the superior courts in Pakistan have repeatedly let Mukhtaran down, she continues to strive for justice. In these seventeen arduous years, she has defied rigid customs and paved the way for other survivors to raise their voices.

Mukhtaran in my view has become a beacon of hope for women in Pakistan. On a daily basis, she continues to challenge the patriarchy embedded in a significant part of our society by educating roughly 700 children including girls in her school. Mukhtaran is a true survivor and has singlehandedly changed the narrative of her life from that of being dominated by fear and despair to that of courage and ambition.

Neha Gauhar is a PhD candidate at Leiden University in the Netherlands.