'I Am A 14-Year-Old Yazidi Girl Given As A Gift To An Isis Commander. Here’s How I Escaped'

By Mohammed A Salih

This is the story told to me by a 14-year-old Yazidi girl I’ll call “Narin", currently staying in northern Iraqi Kurdistan. I am a Kurdish journalist with a journalism degree from the University of Missouri at Columbia who covers northern Iraq as a freelancer for several international news outlets. I heard about Narin’s tale through a Yazidi friend who knew her. Aside from translating from Kurdish and excerpting her story in collaboration with Washington Post editors, the only things I changed are all the names, at Narin’s request, to protect her and other victims from reprisal; many of her relatives are still in captivity. 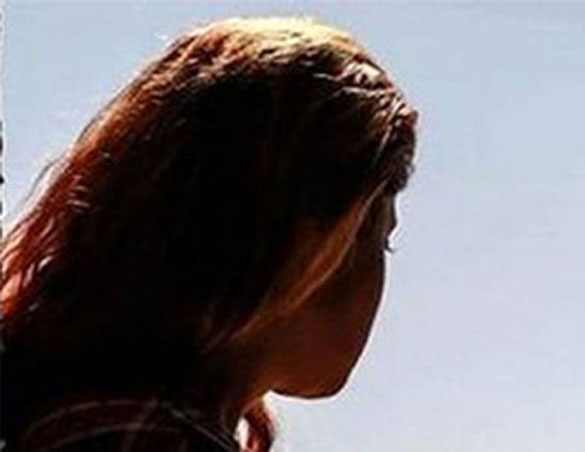 'Narin' was kidnapped by Islamic State militants, jailed, threatened with rape and forced marriage – and then managed to flee to safety. She reveals the horror of living at the mercy of Isis

As the sun rose over my dusty village on 3 August, relatives called with terrifying news: Jihadists from the Islamic State of Iraq and al-Sham (Isis) were coming for us. I’d expected just another day full of household tasks in Tel Uzer, a quiet spot on the western Nineveh plains of Iraq, where I lived with my family. Instead, we scrambled out of town on foot, taking only our clothes and some valuables.

After an hour of walking north, we stopped to drink from a well in the heart of the desert. Our plan was to take refuge on Mount Sinjar, along with thousands of other Yazidis like us who were fleeing there, because we had heard a lot of stories about Islamic State brutality and what they had done to non-Muslims.

They’d been converting religious minorities or simply killing them. But suddenly several vehicles drew up and we found ourselves surrounded by militants wearing Islamic State uniforms. Several people screamed in horror; we were scared for our lives. I’ve never felt so helpless in my 14 years. They had blocked our path to safety, and there was nothing we could do.

The militants divided us by gender and age: One for young and capable men, another for girls and young women, and a third for older men and women. The jihadists stole cash and jewellery from this last group, and left them alone at the oasis. Then they placed the girls and women in trucks. As they drove us away, we heard gunshots. Later we learned that they were killing the young men, including my 19-year old brother, who had married just six months ago.

That afternoon, they brought us to an empty school in Baaj, a little town west of Mosul near the Syrian border. We met many other Yazidi women who were captured by Islamic State. Their fathers, brothers and husbands had also been killed, they told us. Then Islamic State fighters entered. One of them recited the words to the Shuhada, the Muslim creed – “I testify that there is no God but Allah, and that Muhammad is his prophet” – and said that if we repeated them, we would become Muslims. But we refused. They were furious. They insulted us a lot and cursed us and our beliefs.

A couple of days later, we were taken to a large hall full of a few dozen more Yazidi girls and women in Mosul, where Islamic State has its Iraqi headquarters. Some of the fighters were my age. They told us we were pagans and confined us for 20 days inside the building, where we slept on the floor and ate only once per day. Every now and then, an Islamic State man would come in and tell us to convert, but each time we refused. As faithful Yazidis, we would not abandon our religion. We wept a lot and mourned the losses suffered by our community.

One day, our guards separated the married from unmarried women. My good childhood friend Shayma and I were given as a gift to two Islamic State members from the south, near Baghdad.

They wanted to make us their wives or concubines. Shayma was awarded to Abu Hussein, who was a cleric. I was given to an overweight, dark-bearded man about 50 years old who seemed to have some high rank. He went by the nickname Abu Ahmed. They drove us down to their home in Fallujah. On the road, we saw many Islamic State fighters and remnants of their battles.

Abu Ahmed, Abu Hussein and an aide lived in a Fallujah house that looked like a palace. Abu Ahmed kept telling me to convert, which I ignored. He tried to rape me several times, but I did not allow him to touch me in any sexual way. Instead, he cursed me and beat me every day, punching and kicking me. He fed me only one meal per day. Shayma and I began to discuss killing ourselves.

We were given mobile phones and instructed to call our families. Their journey had been almost as hard as ours: They’d made it to Mount Sinjar, where Isis surrounded them and tried to starve them to death. After five days under siege, Kurdish rescue forces evacuated them to Syria and then brought them back to northern Iraq. If they traveled to Mosul and converted to Islam, our captors had us tell them, we would be released. Understandably, they did not trust Isis, so they did not make the trip.

On our sixth day in Fallujah, Abu Ahmed and the aide left for business in Mosul. Abu Hussein, Shayma’s captor, stayed behind. Around sunset the next evening, he went to the mosque for prayers, leaving us alone in the house. Using our cellphones, we had contacted Mahmoud, a Sunni friend of Shayma’s cousin, who lived in Fallujah, for help. It was too dangerous for him to rescue us from the house, so Shayma and I used kitchen knives and meat cleavers to break the locks of two doors to get out. Wearing traditional long black Abayas that we found in the house, we walked for 15 minutes through town, which was quiet for evening prayers. Then Mahmoud came and picked us up on the street and took us to his home.

That night, Mahmoud fed us and gave us a place to sleep. The next morning, he recruited a cab driver to take us all on the two-hour ride to Baghdad. The driver said he was afraid of Islamic State but offered to help us for God’s sake. We dressed like local women and covered our faces with a Niqab, leaving only our eyes visible. Mahmoud gave us fake student IDs in case we were stopped at checkpoints.

I had never felt so much anxiety. At each checkpoint, I was sure we’d be discovered. At one – I cannot recall if it was controlled by Islamic State or Iraqi forces – Mahmoud bribed the guards to let us through. We had contacted Yazidi and Muslim Kurdish family friends to help us in Baghdad, and I cannot describe the dizzy sense of relief I felt when we arrived at their house.

In Baghdad, the family friends gave us another pair of fake ID cards that enabled us to board a flight to Irbil, the capital of Kurdistan in the north. I still couldn’t believe we were free until our plane touched the ground. After staying in Irbil overnight at the house of a Yazidi member of the Iraqi parliament, Vian Dakhil, we travelled north to Shekhan, to the residence of Baba Sheikh, the spiritual leader of the world’s Yazidis.

After so much fear for so many days, hugging my dad again was the best moment of my life. He said he had cried for me every day since I disappeared. That evening, we went to Khanke, where my mother was staying with her relatives. We hugged and kept crying until then I fainted. My month-long ordeal was over, and I felt reborn.

But there more bad news to come. That’s when I learned that Islamic State had shot my brother at the oasis. My sister-in-law, a very beautiful woman, is still captive somewhere in Mosul. Now I am trying to come to terms with what happened. I can never again set foot in our little village, even if it’s freed from Islamic State, because the memory of my brother who died nearby would haunt me too much. I still have nightmares and swoon several times a day – when I remember what I saw or imagine what would have happened if Shayma and I hadn’t escaped.

What can I do? I want to leave this country altogether. This country is no place for me anymore. I want to go to a place where I might be able to start over, if that is even possible.