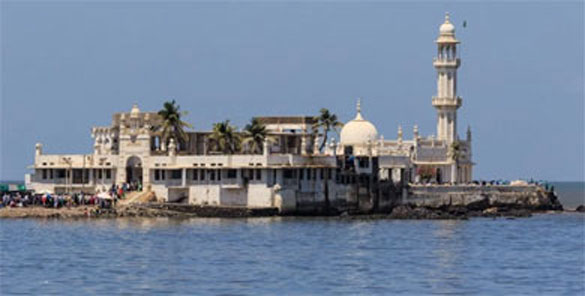 Dr Noorjehan Safia Niaz has paid respects at the famous Haji Ali Dargah in Mumbai since her childhood. With a separate entry to the sanctum for women, she had never faced any restrictions until 2012, when on visiting the grave of the saint; she was met with the steel barricade that prevented the entry of women devotees into the inner sanctum of the Dargah.

The Haji Ali Dargah gets visitors from all over the world and is revered by people of all religions. Upon being restricted from the inner sanctum and after exhausting all possible means of an amicable solution to their request for allowing re-entry, Niaz along with Zakia Soman, co-founders of the Bharatiya Muslim Mahila Andolan (Indian Muslim women’s movement), filed a public interest litigation (PIL) with the Bombay high court requesting entry of women into the sanctum sanctorum, as had always been allowed. The PIL clearly states how the two tried to have a dialogue with the trustees through letters. They had arranged a meeting with the intervention of the state minorities’ development department, which was not attended by the trustees.

In July 2012, while meeting the president of the trust, the petitioners were told that the decision was taken keeping in mind the safety of women who are not careful about their ‘Pallus’ (end of the Saree that falls on the shoulder) while visiting the Dargah, and also because the shariah did not allow the entry of women into the inner sanctum. A similar statement came from religious leader Shankaracharya Swaroopanand earlier this year, when he said that the entry of women into the inner sanctum of the Shani Shingnapur temple in Maharashtra would result in more rapes. This comment came just a few days after the temple opened its gates to women to pray at the inner sanctum. The trustees of the temple, who earlier denied entry of women into the inner sanctum, granted them to enter and pray at the sanctum, following orders of the Bombay high court that ruled it was the fundamental duty of the state to protect the fundamental rights of women. Thus, upholding women’s rights to worship and to enter a temple like her male counterpart.

“The Dargah was constructed in 1431 and the trust was registered in 1916. With an increase in restricting rights of women in every possible sphere, it is no surprise that the trust decided to open its eyes to Shariah law only in 2012. This restriction goes against the concept of equality as enshrined in the Constitution as well as against the Quranic injunctions on the same, and many Hadiths,” said Soman. The PIL also evoked India’s commitment to international human rights law, being a signatory to the Convention on the Elimination of all Forms of Discrimination against Women, among others in upholding gender justice and human rights of women.

Both of them in the petition clearly brought out how women’s fundamental right to equality as well as right to religion was being violated by the arbitrary and unreasonable conduct of the trustees. Additionally, it also stated that out of 19 Dargahs surveyed by Soman, Niaz and other activists, more than 50% (12) allowed women to access the inner sanctum. Soman and Niaz also emphasised on the fact that they were aware of the widespread discrimination against women at several other places of worship, across religious lines, but they chose this particular case to represent gender discrimination, as they were personally affected by it.

Restricting women’s entry into public spaces, especially religious spaces, is unique to India and its South Asian neighbours. On the one hand, women’s rights are curbed in the name of maintaining status quo and on the other, they are looked upon as sole flag bearers of community identity, often finding themselves trapped between either being loyal to their religious identity or working towards their desire to claim equal rights and freedom, both within and outside of the community. The two, however, can co-exist and there need not always be a tussle.

In Islam, for instance, although women are not restricted from entering mosques, provided there is a separate space for them for prayers, barring a handful, most mosques in India do not allow women and are solely visited by men with no arrangements for women to offer prayers, even on festivals like Eid. Mosques in South East Asian countries like Thailand or even in the West like many in London have women devotees praying in a separate spaces created for them. I personally have offered my prayers in different mosques, in both the countries, on many occasions. “In restricting entry to religious spaces among others, women’s ability to interact, move around and be involved in the social life of the community beyond the four walls of their homes is also curbed,” said Niaz.

With the judgment on the petition due on June 28, one can only hope that equality and equal access to places of worship prevails and women, from all walks and all religions are once again allowed to pay their respects to the saints, on their own will, like they had been for hundreds of years.