The making of The Cruel Cut documentary was one of the most challenging tasks I've ever undertaken in my anti-FGM campaigning. My aim has always been to teach the British public the effects of FGM, and how we should all make sure we protect our girls from this vile practice. 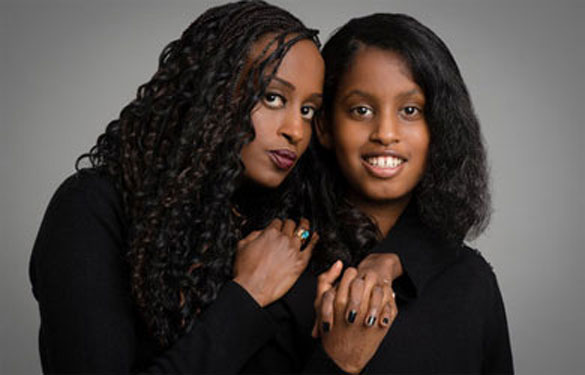 I feel we achieved that and much more. But the response from the less well-intentioned viewers was to say, 'this is a Muslim issue.' It made me think. Had my message implied that FGM was purely an Islamic affair? I re-watched my own documentary to see if I had made such a statement. But no, I'd clearly stated "none of the holy books mention FGM." So, I can't help but wonder where this belief stems from.

The survivors who helped me make The Cruel Cut were both Christian and Muslim. Maybe it's the fact that I'd identified myself as a Muslim, or that we live in a world where blaming Islam for the world's ills is becoming increasingly acceptable. So ladies and gents, allow me to put this issue to rest once and for all. Let's begin with a few facts and some interesting figures (brace yourselves, here comes another list):

•        The prophet Mohamed did not have his daughters undergo FGM.

•        FGM is practiced within all religions. To be more specific, it's practiced by Christians, Muslims, Jews, animists and non-believers.

•        FGM precedes all major religions as it was a practice that first started in Pharaonic Egypt.

•        FGM depends on the traditions practiced by communities, rather than on the religion of a community group - for example, in the Niger 55% of Christians are affected by FGM, compared to 2% of Muslims.

Despite all of the above, there are certain patriarchal religious figures who advocate FGM for the purpose of controlling women. "What do you say, Leyla? Men using a distorted interpretation of religion to control female sexuality? I know, unheard of, right?" These figures come from all religious backgrounds. Unfortunately, their voices are often loud and sometimes drown voices of reason. This is not news. It is the angry dogs that bark the most.

So why don't the good religious scholars of this world do more to end FGM when they have the backing of scripture? Some of them do. The Tackling FGM Initiative works with religious leaders around the UK - both Muslim and Christian - to help spread abandonment messages.

In 2011, Manor Gardens, one of the Initiative projects, organised the Faith against FGM conference. There, prominent Islamic figures publicly condoned FGM alongside their Christian peers. Sheikh Mohamoud Dalmar, from Somalia, described FGM as, 'the most heinous act of human cruelty ever perpetrated in human existence' that 'must have been started by a jealous despot'. The Africa Advocacy Foundation in London, also part of the Initiative, works with Muslim and Christian scholars who spread abandonment messages amongst all affected communities.

This is great, but it is not enough. All religions still shy from the subject of female sexuality. I still hear religious scholars say, 'this is a women's issue' just like some viewers said, 'this is a Muslim issue.' It's neither. It's a human rights issue, a violence against women issue and a child protection issue. It's everyone's issue.

In some countries affected by FGM, such as Iraqi Kurdistan, Islamic scholars have placed a fatwa on FGM. This is encouraging. There needs to be more examples like this, to help take responsibility for ending this practice. Although FGM is not exclusively a Muslim issue, I am hoping Islamic leaders in the UK will think about doing the same. It's time for them to set an example for other religions.

Right. Rant over. I said what I had to say. Now sit back and wait for the next 'go back to your country, and FGM will stop' comment.

Happy holidays to you all!