Recently, I came across a news photo feature in one of the leading Kashmir based social media news portals that showed an assortment of pictures of young teenage Kashmiri Muslim girls practicing cricket in one of the sports stadiums of Srinagar; fully covered in pants and tracksuits along with all Covid-19 protections of wearing masks. One would think that Kashmiri society at large would encourage such sporting and immunity boosting activities among our young female population, and yet, shockingly, most of the comments from young Kashmiri Muslim men and boys were extremely patronizing. Calling these girls “shameless”, and “shameless girls of shameless parents” who are not only shaming the name of their family and Kashmiri society but also of entire Muslim community by participating in such “shameless” events. 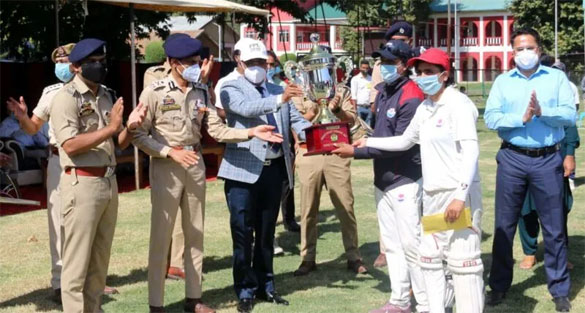 The question that pops up from this kind of rogue mob behaviour is that aren’t we acting as hypocrites. We as a society know it all very well, but hide and suppress for variety of social and political reasons. This  has not only emboldened anti-social, undisciplined and rogue elements of our Kashmiri society but it has stopped us from dealing with the problems head on.

It is very important to understand that politics and religion play an important role in our collective denial of the evils of patriarchy that has made life of Kashmiri Muslim women difficult. In our efforts to further the narrative of painting our “enemy” as bad, we as a Kashmiri Muslim society have defined image of our “enemy” or “other” as characterless, immoral and unethical entity. Someone outside out fold.

There are of course complicated political reasons for weaving such narrative and then believing collectively in it as it portrays us Kashmiris as pure, pious and virtuous, and our “enemy” as immoral, decadent and impure. It might help to sooth our collective political grievances but does it really help our Kashmiri Muslim women and their daily lives?

Talk to most young Kashmiri Muslim women, whether studying in colleges in Srinagar and other cities or living in small towns and villages, the tales of harassment abound. Our Kashmiri Muslim women folk complaint of routine inappropriate behaviours, which they have now accepted as a part of life.

The important point that we as a Kashmiri society tend to ignore is that in modern times, any community is judged by how it treats its own vulnerable groups like religious minorities, women, tribal groups, marginalised castes etc. On nearly all these fronts, we as a Kashmiri society fail. The controversy surrounding a young and extremely talented Kashmiri Muslim actress, who won many accolades and world fame by acting in Hindi movies, is illustrating in this regard. Prior to that, few years ago a music band of young Kashmiri Muslim girl was also publicly criticized for indulging in “shameless” and “un-Islamic” behaviour, forcing them to withdraw.

In all of these anti-women societal behaviours, Kashmiri society has dragged the name of religion, while not explaining as to how come such artistic and sports endeavours for Muslim women are part of the national mainstream of all Muslim majority countries including Saudi Arabia, Turkey, Islamic Republic of Iran, Pakistan, Bangladesh, Central Asian Muslim nations, Indonesia, Egypt and even Afghanistan.

Countries like Iran, Turkey, Pakistan, Indonesia and Egypt have a thriving film industry with a long history of Muslim actresses. The Muslim women citizens in all these countries are part of their respective national sports teams and even compete internationally including in Olympics and Asian Games. Do the Muslim men in these countries also call their Muslim women as pursuing careers that are perceived as “un-Islamic”?

Why has Kashmir fallen so backward among all progressive Muslim societies in such a short span of time? Why no one questions that Kashmiri women, who have always dressed modestly are now covered in culturally alien dresses?

The collective denial of the fact that Kashmiri Muslim society suffers from the same social evils as the so called “enemy” is consuming the core of our collective conscience.

The result is for all of us to see. Kashmiri Muslim women are now the victim of substance abuse, thousands of Kashmiri Muslim women have crossed the age of marriage and many hundreds are trapped in violent marriages subject to physical beatings and other harassments. This is the overall condition of our society, and then we start taking a high moral ground and patronizing others.

The question therefore is, what after all will it take to shake the conscience of Kashmiri society; so that we recognize these social evils and then accordingly deal with them.

Javed Beigh is a Political Analyst, who served as PRO to Ex. CM of the erstwhile state of J&K. Views are personal.