As if it is not enough that the Pakistani women, especially those living in the rural areas, have no fundamental rights, on top of it they are shrouded in Burqa, in the name of observing Purdah. Islam is very clear on the concept of Purdah but making the Muslim women wear Burqa is perhaps going too far. 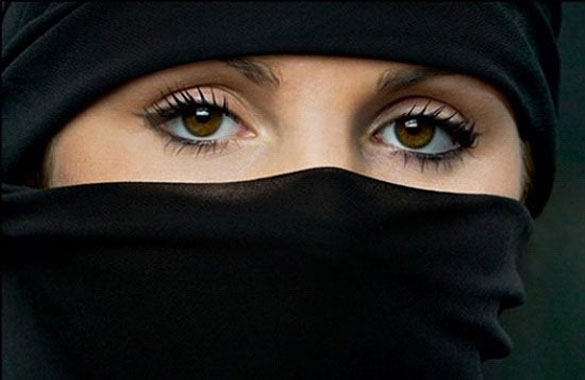 Purdah is a good custom and it won’t be incorrect to suggest, the hallmark of a Muslim female but donning Burqa is in no sense the correct interpretation of the Islamic “Fiqh” (Islamic jurisprudence). The basic concept behind observing Purdah is to keep Muslim women safe from the evil-eye of the sexual predators. The head to toe covering Burqa to some Muslims ensures this but the educated minority knows well that it does not. If safeguarding the honor, which in most Muslim societies, is equated with chastity and virginity was as simple , then no cases of rape or sexual harassment should take place. Sorry to say, rapes and even gang rapes do take place in regions where women strictly observe Purdah and wear Burqa. Why? Because Burqa the wearing of it or not does not ensure against sexual harassment and rape . What does though is the mind-set. So Pakistani men instead of enforcing the burqa dress code should emphasize a drastic change in the way they view women.

It is a paradox that the same woman who is objectified by most Pakistani men as a sex object is also the mother who is responsible for their existence; a caring sister, who is their childhood playmate and a loving wife or a soul mate for their entire life. It is a shame that the Pakistani men forget all these relations and just view women as play-things.

A careful reading of the Islamic history proves that observance of Purdah has been an integral part of the Islamic tradition and custom. The observance of Purdah and not the wearing of Burqa has been a part of the Islamic history. Why do the Muslim men forget that while performing Hajj, men and women pray to Allah and perform all the religious rituals together? Not once has there been a reported case of rape or sexual harassment during Hajj. If we are equal in the eyes of Allah why then in ordinary life this precept is not adhered to by Muslim men. It is a question that needs to be answered otherwise this persecution of women in the name of Islam will continue unabated.

It is really incomprehensible that Pakistani men educated in the west like to have westernised girlfriends even if they are Muslim but back home they want wives that are virgins; pray five times a day and observe Purdah. Hypocrisy at it best.

It is high time that the Pakistani men in particular and the rest of the Muslim men in general, change their narrow sighted mindset. It is necessary for the good of the society as women are the progenitors of the future generations. They must be given their rightful place in the social hierarchy otherwise this baseless tradition of suffocating Pakistani women in shroud like Burqa will continue to the detriment of the whole social set-up.