My Faith Is Constantly Questioned Because I Don’t Wear Hijab 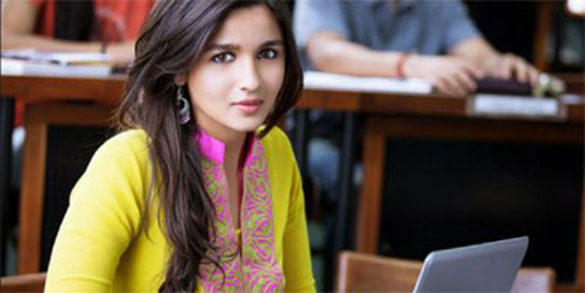 There are some words that are hard to forget, words like, “Every strand of hair that I see on your head is a sin.”

There seems to be an implicit hierarchy in the American Muslim society and its time that it is acknowledged and addressed. For some women it appears as though wearing the Hijab serves as a prerequisite within the Muslim community to be treated as a dignified woman in Islam. As an unveiled woman, not wearing the Hijab should not be interpreted as an act of defiance against the tenets of Islam. Rather, it is a product of my environmental and ideological circumstances.

This piece is not targeted toward the strong and beautiful women who have made the choice to wear the Hijab. This is simply to bring a humble perspective from a sister who does not. In my experiences, I feel that as an unveiled woman, my faith is constantly under suspicion. Growing up in a town where I was one of three Muslim families in a 35 mile radius, I had little exposure to the “culture” of Islam before college. Upon my observations and experiences, it appears that it has become easier for some to raise their finger and voice towards an non-Hijabi woman than it is to raise that same voice or finger toward themselves and question, “Where do I think I fall short?”

There are some words that are hard to forget, words like, “Do you…pray. It’s just that you aren’t a Hijabi so I wasn’t sure.”

The essence of the Hijab is to symbolize Haya (modesty) and one way to do that is through being mindful of the clothes that drape you. However, Haya also blankets various concepts such as humility, self-respect, honour, and shyness that seem to be overlooked. These are not peripheral aspects of Haya, but rather integral elements that need to be given as much attentive concern as clothing. Disciplining of the tongue, actions, and intentions are also components that may not be aesthetic, but are just as discernable.

I was once told that the legitimacy of my faith will only be verified once I wear a headscarf; that essentially my Islam (submission to God) is not substantiated. There is no gauge for measuring another’s piety and attempting to measure the religiosity of other is, in practice, impossible. The resistance made me reconsider my thoughts about wanting to wear the hijab. I began to doubt the impartiality of my conviction and whether my desire to display it rooted in conforming to a stereotype. For that reason, to prove an ideological and cultural point, I ardently promised myself I wouldn’t. This competition has the proclivity to curate an allergy to certain aspects of Islam, as it did for me and it’s a sad reality that we all must accede to rectify. Establishing a more tolerant, non-judgmental and welcoming climate has the propensity to yield a major wave of positive reception.

I have had one too many conversations with my sisters, Hijabi and non-hijabi, discussing the “lack of faith” preconception that stems off not wearing the scarf. Ibadat transcends bowing in submission to God; it dilates further in treating others with dignity, respect, and kindness. Knowing more about Islam doesn’t equate to obtaining superiority over another person; it can only signify to have made you better from state you were in the day before.

The orthodox theology is treated as times is as if it is mutually exclusive with spirituality. However, there is no separation in Islam between Ibadat (worship) and manners. It is imperative to discipline both branches of our Deen because they exist in congruence. Imam Ghazali’s thorough dissection of Islam has illuminated the teachings of the Holy Quran in an extensive fashion. Upon his study, it is found that wherever in the Quran the characteristics of a good believer are written, the moral characteristics shadow immediately behind it.

There remains a discord between the essence of admission and the existence of admission. The employment of men and women who sustain a message of tolerance and acceptance towards all is integral to the growth and progress of the American Muslim society. It is a great misfortune that while calling ourselves Muslims, there are those who feel repelled, rejected, or uncomfortable in an Islamic setting. I speak from experience because when I first experienced a culturally Muslim setting, I left in tears.

I write to the American Muslim society as a whole, a humble request as woman of the community: stop judging, stop assuming, and please stop from assessing the strength of relationship with God. I write to call upon the Ummah to unify instead of divide, to be kind in your approach while sharing your thoughts, and lastly to treat an unveiled woman with an equal regard and esteem of that a veiled woman.

There are some words that are hard to forget, words like, “Hina, you wear the Hijab internally and that is what makes you such a beautiful Muslim.”