From France to China, Female Imams Not Only Provide Spiritual Guidance but Also Encourage Diversity and Dispel Stereotypes

Like most modern religions, Islam is dominated by men. Virtually every mosque in the world today is led by a male imam. And yet a quiet trend of more women imams — a practice that dates back centuries — is not only providing a different kind of spiritual guidance but also encouraging diversity and dispelling stereotypes, from both within and outside of the global Muslim community. 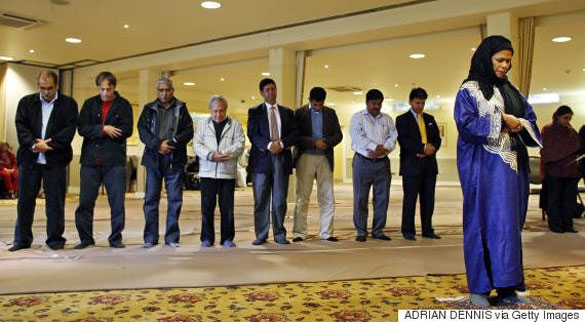 Examples include Dr. Amina Wadud, the first American woman imam and an early figure in modern Islamic feminism, and Sherin Khankan, the first woman to lead Muslim services in Denmark. Women have also made inroads within France's Islamic communities, to the point that in 2020, "there is nothing exceptional about being a woman imam," write imams Eva Janadin and Anne-Sophie Monsinay in a recent opinion piece for the French daily Le Monde.

As Janadin and Monsinay highlight in their piece, the existence of Muslim women leading prayer goes back centuries. Around the world, they have long been at the helm of women-only congregations. And now, there is an increasing movement, largely within progressive groups, of women imams promoting a more inclusive vision of Islam within mixed-gender religious spaces. 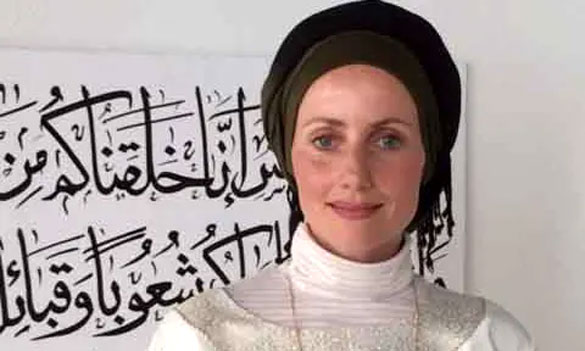 Sherin Khankan, one of two female imams at the Mariam mosque in Copenhagen. Photograph: Harriet Sherwood/Guardian

Making a difference in France: Neither Monsinay nor Janadin come from Muslim backgrounds, but turned to Islam as young adults. The two professors created the Voices of an Enlightened Islam movement in 2018 to promote studying Islam through a lens of "equality and freedom."

They created the Sîmorgh mosque project in 2019 to study the Quran from a contemporary perspective and not privilege the imam over the congregation members.

The mosque, which does not have a permanent space, draws a range of worshippers: an internal survey found that almost 70% of members are in mixed intercultural and interfaith unions. The movement stands out in a country where fear of Islamic terrorism and an insistence on secular values are used to target Muslims, particularly Muslim women and their use of headscarves.

But as Janadin and Monsinay argue in Le Monde, Islam isn't inherently sexist. The inequality that persists, they write, is "linked to the immobility of conservative and patriarchal mentalities that must be distinguished from spirituality." 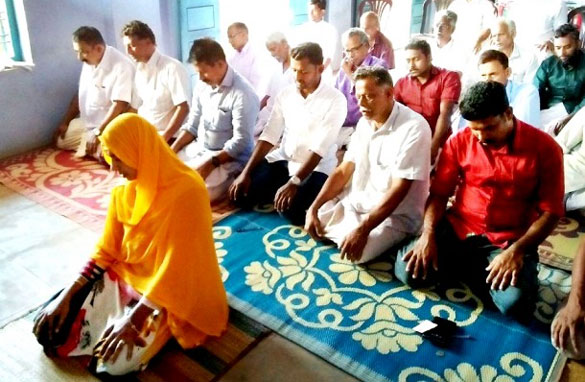 Blazing a new trail in India: In January 2018, Jamida Beevi made history as the first Indian woman to lead a mixed congregation for the Jumu'ah (Friday) prayer in a public space.

Beevi is part of the Quran Sunnat Society, a group in the south-western India state of Kerala aiming to bring reform to Muslim communities.

She has strived to live an independent life, going against tradition to divorce a man she was forced to marry and questioning orthodox doctrine. Despite having received death threats, she hopes to inspire other women.

"The Quran does not have any discrimination based on gender, all the fury is because of the wrong interpretations," she tells India Today. "The Quran does not entitle men as the lone leaders of Jumu'ah prayer. We have taken this initiative to send a strong message to the society that both men and women are equal in Islam."

Centuries-old tradition in China: Going as far back as the 18th century, women-only mosques evolved out of schools as a way to both educate women and preserve the country's Muslim community, which has a long history of being oppressed and assimilated. Most recently, Uighur Muslims in Xinjiang province have been interned and women forced to take birth control and be sterilized. Elsewhere in China, however, groups of Muslims have been able to practice freely, often because of their compliance with the government.

Both Islam and Christianity came to China in the 7th century. Henan, a central-eastern province in the Yellow River Valley, is home to many of these all-women mosques, with 16 located in the traditionally multipath city of Kaifeng.

China is the only country in the world to have such a long practice of not only separate religious spaces for women but also women in charge of prayer. This is possibly because of its socialist history and isolation from religious changes in Islam globally during the 20th century.

"When our mothers were girls it was the only place where poor Muslim women could receive an education: the women did it together, women supporting women," a member of the Wangjia Alley mosque (built in 1820 in Kaifeng) tells the BBC.

Training to be mourchidat in Morocco: The North African Kingdom is the first country in the Middle East and North African region to provide government-sanctioned education for female religious leaders.

The program began in reaction to a 2003 terrorist attack in which 14 suicide bombers killed 33 civilians. Both men and women learn not only theology but also subjects such as history, philosophy and comparative religions. The program draws applicants from around Africa and Europe and places graduates in mosques around the country.

Since 2005, hundreds of women have been trained to work as mourchidat, female clerics who teach Islamic law and practice and counsel fellow women. The program has been criticized not only because it doesn't give women the same status as men, but also because it enforces government control over religious practice.

While they can't become imams, many women still find empowerment through their status: "Women are the heart of the family, it is they who shape behavior," Rabat-based mourchidat Ait Said tells Elle. "'The most important thing we do as mourchidat is transmit ideas to them, so that women can become the solution to problems. The men will follow.'"