No, You Cannot Beat Your Wife Lightly

Before you read this article, I would request you to act on the wise principle of examining and concentrating on what is being said rather than who is saying it. Even though I am not a religious scholar and nor do I claim to have any authority over religious matters, but as a Muslim, and as a Pakistani I feel compelled to write this, as the Islamic Ideology Council of Pakistan, supposedly the best Islamic scholarly minds my country has to offer, have given ‘divine’ permission to husbands to beat their ‘rebellious wives’ as long as “it doesn’t cause bruising and doesn’t break bones.” 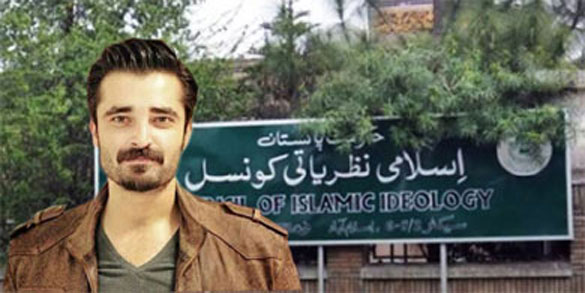 Who will decide if the wife is rebellious or not? Can you slap your wife a 100 times and punch her in the stomach, as it is unlikely that both of these methods of beating would not leave a mark or break a bone. Is it an integral pillar of belief or Iman (faith) in Islam to believe that a husband can beat his wife? If not, then why we are so reluctant to talk about it or change, what in my mind, is a misinterpretation of the word of Allah?

Is it that we are not willing to re-examine the interpretation of previous scholars because now we value the word of men more than the word of Allah, and are committing the same mistake that Kuffar (infidels) of Makkah made as they considered the words of their scholars and ancestors to be indisputable? Before I start with elaborating the chronic and historically persistent misinterpretation of the concerned verse of the Holy Quran and Hadith, I wish to ask the scholars one thing.

Even if you want to continue to believe Allah authorised husbands to beat their wives, considering that domestic violence against women has become a norm in Pakistan, it is impossible for a woman to get justice in the police and judicial system of Pakistan, and righteousness in men is a scarce trait to find, why can’t this so-called commandment be suspended keeping the dire state of our society in mind? We can learn from Hazrat Umar Khattab (RA) in this case as he suspended the clear Quranic punishment of “cutting hands of a thief” when Medina was struck by famine stating that how could he cut hands of a thief who steals food when he as the Amir-ul-Momineen could not feed his people.

Let us look at the injunctions of the Holy Quran and Hadith that have been misinterpreted over the centuries, and why they need to be re-examined. The first part of verse 34 of chapter four of the Quran states: “Men are in charge of women by [right of] what Allah has given one over the other and what they spend [for maintenance] from their wealth. So righteous women are sincere with their husbands, guarding in [the husband’s] absence what Allah would have them guard.

Let us first be clear about the misconception that men are superior to women. The Quran has stated in multiple places that men and women are equal. For example: “I your lord shall not lose sight of the labour of any of you who labours in My way, be it man or woman; each of you is equal to the other in the sight of your lord.” (Quran 3:135)

However, as the Quran treats a ‘family’ as an institution, the husband has been given an upper hand as he is also given the sole responsibility to financially support his family, thus placing no financial burden on the wife. Therefore, if the husband cannot fulfill his financial obligations to his wife and family, he is no longer the head of family. In the same family institution, the mother is given an upper hand over the father when it comes to children, as the responsibility of upbringing the child is with the mother. So in essence, men and women are absolutely equal in Islam, but in family institution, roles are defined and hierarchy is established for family members to build a strong family institution.

The next part of verse 34 of Chapter four states: “But those [wives] from whom you fear betrayal -- [first] advise them; [then if they persist], leave them alone in bed; and [finally], strike them. But if they mend their ways, seek no means against them. Indeed, Allah is ever-Exalted.” Similar commandment is also sent for women that if they see betrayal from their husbands, they can seek separation or divorce from their husbands (Quran 4:128). However, in both cases, Allah advises men and women to try their utmost best to make the marriage work.

In the case of 4:34, as I searched more, I found that the word translated as “to strike” is “Idribuhoon” from the root word “Darabaa.” This one word in Arabic has multiple meanings and is used in the Quran many times with different meanings, such as:

To my horror, most of the renowned scholars have translated this word to mean to strike even though it goes against the spirit of the Quranic use of the word “Idriboo”. Whenever Idriboo is used in a way of telling anyone to strike anything, the object of hitting or which body part to hit is also always described: “Strike the rock with your staff”·(2:60). “Strike off their heads and strike off every fingertip of them” (8:12). “Strike the sea with your staff” (20:77)

So in essence, Allah can never give permission to a husband to strike or Idribuhoon his wife without specifying the object to hit with or the body part, hence giving the husband unhindered permission to hit the wife in whatever way he wants. This is not possible especially when Allah tells husbands to treat their wives with “extreme kindness” (Quran 4:19).

I fail to understand why most scholars did not translate this word to simply mean “to separate’. Hence, with this meaning, the verse 4:34 becomes clear and logical.

This makes more sense as Allah tells in the very next verse what to do in case of separation: “And if you fear dissension between the two, send an arbitrator from his people and an arbitrator from her people. If they both desire reconciliation, Allah will cause it between them. Indeed, Allah is ever-Knowing and acquainted [with all things]. (Quran 4:35)

As far as Hadith is concerned, there is not even a single Sahih Hadith that gives permission to a husband to beat his wife. Opinion of some scholars that “lightly beating your wife with a stick not bigger than a Miswaak (teeth-cleaning twig), and it should not leave a bruise is permissible” is based on sayings of Prophet Mohammad (PBUH) in matters that have nothing to do with a husband-wife relationship. For example, beating with a Miswaak is based on the Hadith where a servant in Umm Salma’s (RA) house disobeyed the Prophet (PBUH), and in anger the Prophet (PBUH) said, “Had I not been fearful of being answerable on the Day of Judgment, I would have beaten you with this Miswaak.” This has been reported by Ibn-e-Majah and Ibn-e-Hibban in their Sahih, and cited by Al-Muttaqi in Kanz al-Ummal (39820, 39821, and 39829).

Another example of scholar’s desperate attempt to justify their cruel interpretation of the word of Allah are the Ahadith where the Prophet (PBUH) prohibited hitting on the face in case an unavoidable fight erupts between two people as reported in Sahih Bukhari, (Hunting, Slaughtering, Volume 7, Book 67, Number 449), and Sunan Abu-Dawud, (Book 38, Prescribed Punishments [Kitab Al-Hudud], Number 4478). Indirect Hadith are also cited where the Prophet (PBUH) observed cases of people hitting their servants on the face, and he strictly disapproved of it as cited in Sahih Muslim and Sahih Bukhari.

All the above mentioned and similar Ahadith that have nothing to do with matters of a husband and wife have been considered to formulate the ‘kind of beating’ a rebellious wife can receive. I repeat, no scholar can present even a single Sahih Hadith where the Prophet (PBUH) has authorised a husband to beat his wife. On the contrary, there are Sahih Hadith that very clearly prohibit a husband from beating his wife:

- Abu Dawud, Book 11, Number 2137 -- Narrated Mu’awiyah al-Qushayri: Mu’awiyah asked: “Apostle of Allah, what is the right of the wife of one of us over him?” He replied: “That you should give her food as you eat, clothe her as you clothe yourself, do not strike her, do not revile her or separate yourself from her except in the house.”

- Abu Dawud, Book 11, Number 2138 -- Narrated Mu’awiyah ibn Haydah: I said: “Apostle of Allah, how should we approach our wives and how should we leave them?” He replied: “Approach your wife when or how you will, give her (your wife) food as you take food, clothe as you clothe yourself, be kind to her and do not beat her.”

- Tafsir Ibn Kathir, chapter 68 -- Imam Ahmad recorded that Hazrat Aisha (RA) said, “The Messenger of Allah never struck a servant of his with his hand, nor did he ever hit a woman. He never hit anyone, except for when he was fighting jihad in the cause of Allah.”

- Abu Dawud, Book 1, Number 0142 -- Narrated Laqit ibn Sabirah: I (the narrator Laqit) then said: “Messenger of Allah, I have a wife who has something (wrong) in her tongue, i.e. she is rebellious.” He said: “Then divorce her.” I said: “Messenger of Allah, I have children from her.” He said: “Then ask her (to obey you). If there is something good in her, she will do so (obey); be gentle to her and do not beat your wife.”

-  Hadith quoted in Imam Ghazali’s Ihya Ulum-Id-Din, Marriage section: “The most perfect of believers in faith are those who are the finest in manners and most gentle towards their wives.”

In conclusion, Quran is the word of Allah that can be interpreted in many ways as to fit the social norms of the time, and this is one of the biggest miracles of Quran. I fail to understand why scholars are so touchy on the matter of a husband beating his wife and why we can’t use a different translation of the word that suggests ‘separation’ rather than ‘beating’, especially at a time when domestic violence against women is at an all-time high. Is wife beating an integral part of Taqwa (being conscious and cognizant of Allah) and belief ? Is it one of the fundamental principles of Islam? Is it really a pillar of Islam to believe that Allah authorised a man to beat his wife? If not, why are our scholars so reluctant to accept a different translation of the word Idribuhoon? As far as this argument goes that great scholars before us translated the word as to strike and we cannot challenge their interpretation, well, then I guess we are becoming exactly like the infidels of pre-Islam Makkah at the time of the Prophet (PBUH) who believed that the words of their ancestors and scholars were the final authority and unchallengeable. Maybe now we Muslims like to prefer the word of man over the word of Allah.

“Why do they not reflect upon the Quran, the word of Allah? Is it that there are locks placed upon their hearts?” (Quran 47:24)

Hamza Ali Abbasi is a former member of the Police Service of Pakistan, and a social, political and religious activist. He is also an award-winning Pakistani actor