Get Girls' Education Out Of the Cross Hairs 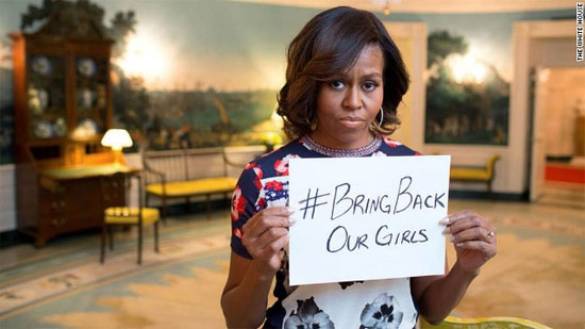 The kidnapping of schoolgirls amid the horror of war is not new. The outrage is.

And now the question is what is the world willing to do about it? For the issue is not only the future of schoolgirls abducted in the night at gunpoint and robbed of their lives, their education and their families. It is about the future of all of us in a world where seeking an education means risking your life.

The extremist movement Boko Haram has long laid plunder to schools. And it is not girls alone who sit in the crosshairs: For months, boys have died in their beds in Nigeria as the world went about its business.

In February, Boko Haram fighters reportedly abducted 25 girls as they killed their way through the town of Konduga. One line of hell in a story of savagery and murder.

But the kidnapping of up to 300 girls from the Chibok Government Girls Secondary School three weeks ago finally may have shoved the world out of its apathy. A story that the media initially ignored has become a cause for citizens, activists and protesters in Nigeria and around the world, all determined to shake the world out of its indifference.

Reading the words of a mother whose daughter was set on becoming a doctor and is now missing somewhere in the hands of Boko Haram, it is hard to remain unmoved.

"I am so very sad because the government of Nigeria did not take care of our children and does not now care about our children. ... She is my first-born, the best. ... What am I to do as a mother?"

Education has long been in the cross hairs of extremists. But the world has rarely acted to stop its suffocation, despite the fact that, as U.S. Education Secretary Arne Duncan has noted, "low educational attainment is one of the few statistically significant predictors of violence."

More than 70 million children who should be receiving an education do not attend elementary school. More than half of them live in countries scarred by conflict.

Education is the foundation for prosperity, stability and security. And for too long, the world has watched as the right to go to school has been rolled back in exactly the places that most need the progress it brings. Few knew of Malala Yousafzai's valiant campaign to simply keep girls in school before Pakistani Taliban dared to try to kill her at close range.

In Afghanistan under the Taliban, girls' schools closed immediately and a whole generation of future teachers and doctors saw their hopes extinguished. Nearly three years ago, Khan Mohammad, head of the Porak girls' school in Afghanistan's Logar province, fought hard to keep his institution for girls operating despite Taliban threats. As a reward for his valiant act of defiance, he received a bullet in the head in front of his home.

Nor is this the first or only time this has happened in Africa.

Joseph Kony, leader of the so-called Lord's Resistance Army, stole children to use as soldiers and sex slaves. When she was just a girl studying at the St. Charles School for Girls in Uganda, "Margaret" and her fellow students were abducted by Kony to grow his clan and add babies to his ranks. The LRA leader picked five of the girls himself, including Margaret. interview, the "girls were distributed among the soldiers." And if you tried to escape, "they would kill you right away."

By the time government soldiers rescued Margaret from a Kony camp years later, she could no longer afford school fees and had little chance for earning the money she needed to support her baby boy fathered by Kony. Her chance to have the future she dreamed of was dead. A loss that was not just hers, but ours given the shared dividends created by investing in girls.

The numbers tell the story: Education is among the most potent anti-poverty vaccines. For girls, the numbers are startling: A World Bank study found that boosting girls' levels of education could lead to a gain in their lifetime earnings "equivalent to up to 68% of annual gross domestic product." Every year of schooling that went beyond the average boosted growth by 0.6% each year. And the gains came from even small advances. Even a small gain in the amount of secondary education girls received raised annual incomes by .3% per capita.

For a long time, the world has remained stunningly indifferent to the fate of girls and boys in pockets of the world it thought it would never have to face, even when those corners were found in poor, rural corners of the very same country. But if the spread of globalization has taught us anything, it is that a cold in one room can lead to an outbreak of full-blown flu in another. The world's future health depends more than ever on the education its youngest citizens receive.

Every one of us can make a difference in supporting children's education all around the world.

A quick online donation of time and funds can support NGOs such as Room to Read and larger organizations such as CARE and PLAN. Many NGOs focus on education, including initiatives such as Gordon Brown's A World at School, which is working to get refugee children into classrooms.

A focus on ecosystems surrounding education is also critical given that a stunning two-thirds of the world's 800 million illiterate citizens are women. Recent work from NGO Give Directly as well as a pilot program from the government in Bangladesh showed that the power of small amounts of cash -- either with or without strings attached -- can help put more power in the hands of girls and make it easier for them to stay in school.

Letters and calls to Congress can keep the pressure on members to keep this issue at the fore. And pressure on Congress can also keep foreign aid funded and support for programs such as conditional cash transfers to keep girls in school front and center.

A better-educated world is a healthier, wealthier and safer one for everyone. It is in our interest to see girls in school and out of the cross hairs of extremist fighters seeking to delete modernity. Their battle is our battle.

You have only to care about your own children's future to have a stake in the fight ahead.