More Than Half of Women in Arab States Have Undergone FGM, Originally A Pharaoh Practice

"Nobody wants to discuss women's bodies, even though the whole world comes out of them," says Hibo Wardere, a campaigner and educator against female genital mutilation (FGM). 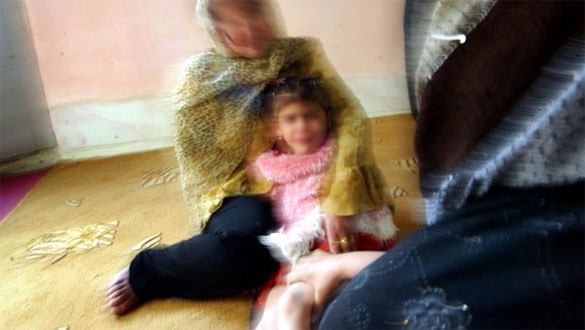 Hibo was only six years old when she became a survivor of type 3 FGM, which entails narrowing the vaginal opening by creating a seal, formed by cutting and repositioning the labia.

More than 4.1 million girls and women are at risk of undergoing the cultural practice of female genital mutilation in 2020 alone, according to the UNFPA's 2020 State of the World Population report published last month.

"My world was turned upside down. It was like a nightmare you can never ever forget," Hibo recalls. "People that you trusted the most were the ones pinning you down to the operating table."

In Somalia, Hibo's country of origin, 97 percent of women aged between 15 and 19 underwent FGM between 2004 and 2018, according to the same report.

The procedures are carried out in communities which see it as an assurance of premarital virginity, piety and virtue.

The UNFPA data outlined that 55 percent of women in Arab states underwent the procedure, which is often carried out in inadequate ad-hoc facilities, and can result in life-threatening complications such as haemorrhage, infection, and trauma.

Arab states have the highest figures in the region due mostly to the steep numbers of procedures taking place in Somalia, Sudan, and Djibouti.

"FGM is originally a Pharoah practice which was used in the Nile Valley and has been practiced for over 3,000 years," said Dr. Luay Shabaneh, the UNFPA Regional Director for Arab States Region.

"Even in countries where it is illegal, it is such an embedded cultural norm that it is believed women cannot even get married if they do not undergo these procedures." 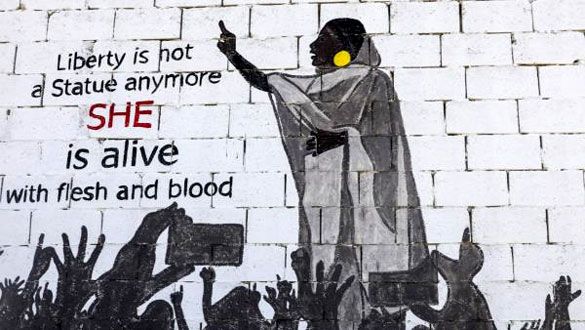 For Sudan's women, the fight against FGM has only just begun

Sudan and Djibouti follow Somalia in having the highest rates of FGM, with more than eight out of 10 women undergoing some form of the procedure. Egypt follows with 70 percent, while Yemen stands at 16 percent and less than 5 percent of Iraqi women are subject to FGM.

A recent shocking case from Egypt made headlines in early June after three minors were tricked into the procedure after being told they would be receiving a vaccination against the coronavirus.

A man took his three daughters, aged 8, 9 and 11, to the doctor after telling them they would be vaccinated against Covid-19, said Reda el-Danbouki, executive director of the Women's Centre for Guidance and Legal Awareness in Cairo. Instead, the girls awoke from anaesthesia to find that their genitals had been removed.

However, recent developments have turned Sudan into a symbol of hope for women in the region after the country criminalised the practice in April of this year, ruling that anyone carrying out the act - whether inside medical establishments or elsewhere - will face three years in jail and a fine.

But rights groups have warned that Sudan's criminalisation of FGM is "only the tip of the iceberg" in confronting a "deeply misogynistic" legal system.

"Whereas the criminalisation of FGM in Sudan might seem well-intended, it actually does not address the root causes of women's subordination in Sudan which are deeply ingrained in misogynistic attitudes," the Strategic Initiative for Women in the Horn of Africa (SIHA) said, arguing for further reforms to ensure equal rights for women.

Dr. Shabaneh explains that this is the reality in many Arab states, where the management of war and humanitarian disasters takes precedence over anything else, including gender equality.

He says the UNFPA's strategy is to understand that women hold the power to change the norms of their societies. "Families can be hubs for rights, so our role is to inform the women at the centre of these communities with the right information."

Hibo agrees that education must be the way forward. "I think our community does not need finger pointing and accusations, what they need is education," she says. 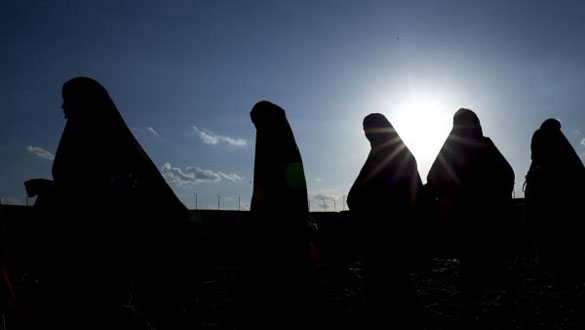 As many stay at home to stay safe from coronavirus, girls are now at...

"We have to remember it's a tradition of 3,000 years so it's not easy to change that - information is power and people want access to education. Young people, men, politicians, they all need education."

The UNFPA report data revealed that in Somalia only one third of women think the practice should stop, whilst in Egypt only 28 percent of men who have heard of FGM think the same, showing a lack of knowledge from many members of the communities that are undertaking the procedures.

"I couldn't talk to my parents, my teachers, or my family because to this day, it still is a taboo subject," Hibo said.

"People are muted on this subject, they don't talk about women's bodies. Men think it's a women's issue, but they are married to women who have undergone FGM - they just don't want to confront this. If men were talking about it, it would stop, because they have power."

Hibo, who teaches groups ranging from school children to politicians on the consequences of FGM, says there is not a lot of support given to young girls in the Somali community, especially since the subject is not spoken about openly.

She believes that kickstarting local campaigns to explain the ramifications of FGM is the way forward, rather than blaming communities for a practice which is embedded in culture and history.

The breakout of the novel coronavirus also risks an increase in FGM practices for some two million women, with the economic downturn forcing many families to try and secure marriages and dowries, according the UNFPA.

The report warns that austerity measures as a result of the pandemic are also likely to affect the agenda for promoting women's reproductive rights, with Hibo saying it is vital that politicians defend these state-provided services.

"The two main things to focus on are educating the public and upholding the law," she said. "Politicians and religious leaders need to speak out, as they are the ones with the power to start the conversation."

Dr. Shabaneh calls on the strength of women to battle against these injustices in the long road ahead. "I call this the silent suffering because the nature of women is to sacrifice," he said.

"I've seen villages in Arab states where there are no men, and women shoulder all the housework, all the economic burden, and provide support to everyone in their community. They don't take care of themselves. Some women forget in these crises that they are people with desires and needs."

Original Headline: More Than Half Of Women In Arab States Are Subject To FGM