In Europe, over the last few years there has been an increase in the curtailment of the rights of Muslim women to choose what they can wear. From banning headscarves in state institutions to Burqa bans in public places. 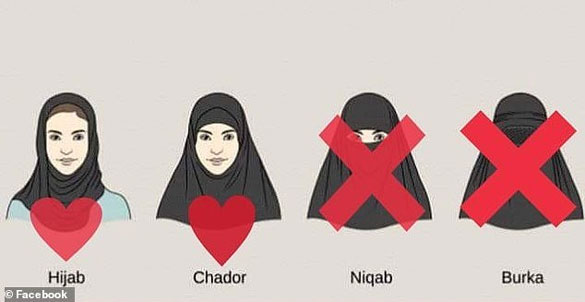 Professor Ashu Marasinghe, who is a member of the United National Party, has called for the burqa to be banned across the country to prevent male and female terrorists using it to cover up their identity

Recently the European Court of Human Rights (ECHR) made the shocking decision to uphold the blanket French ban on the Burqa and face veil. The ECHR accepted the French Government's argument that a blanket ban would promote 'living together'. Although the Court held that the ban does encroach on human rights and has negative effects on Muslim women, the Court believed that the ban was proportionate to achieving the aim of 'living together' or social cohesion. However, the Court rejected the French Government's arguments relating to gender equality and security fears as a blanket ban would be a disproportionate response. 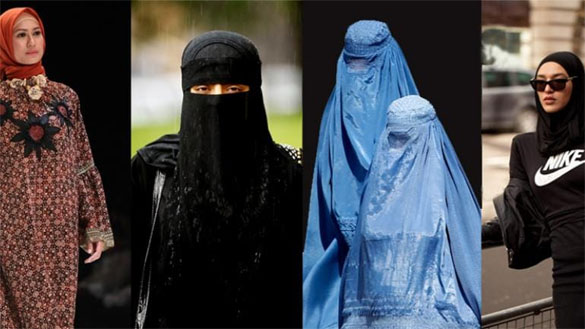 Sri Lanka has become the latest country to ban full-face-covering veils like burkha and niqab. (Photos: Getty Images and Reuters)

The argument of 'living together' is flimsy and a complete contradiction in terms. How does ostracising a section of society promote 'living together'? Is it right to marginalise a minority based on the assumptions and prejudices of the majority? Clearly this blanket ban is discriminatory towards Muslim women. The ECHR has made the wrong decision which could have disastrous ramifications for other countries including Britain.

The argument given for banning the face veil is that concealing the face raises identity issues and discourages interaction. A blanket ban is a disproportionate response to these fears, as Muslim women would be more than willing to remove their face veils for security purposes, e.g. in a bank or at an airport. People are discouraged from interaction with Muslim women due to their own fears and misconceptions as there is an underlining general presumption that a woman in conservative Islamic dress is likely to be a radical extremist and has rejected Western society. 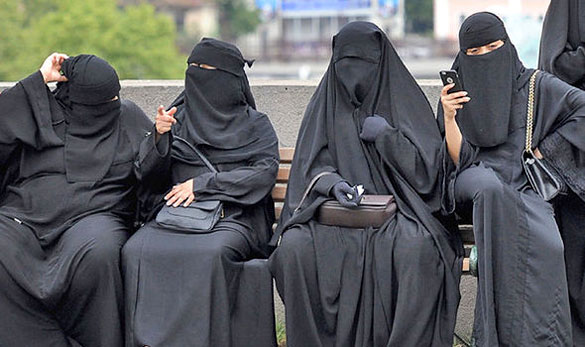 This attitude really highlights people's exaggerated fears, lack of knowledge on Islam and a general rise in Islamophobia. People have been swayed by far-right politics because growing Islamophobia has not yet been addressed, and there is a danger that this decision could trigger a slippery slope that could lead to the banning of any form of Islamic dress or expression.

Contrary to misconceptions, the vast majority of Muslim women in the West are not being forced by men to cover up. For the very small minority of Muslim women who are forced to cover up a ban only results in further confining these women to their homes. There has been a general rise in Muslim women covering up over the last decade or so because there has been a renewed interest in Islam since it became under direct attack both in the media and through illegal 'Wars on Terror' post-9/11. The act of increasing knowledge in religion naturally leads one closer to religion and wanting to practice religion fully. But this does not mean that increasing knowledge in Islam leads to becoming radicalised and adopting terrorist ideology. This is just an ignorant stereotype.

The reason it has been prescribed in Islam for women to cover up and dress modestly is to prevent women from being treated as sex objects and to deter harassment from men. Islam wants women to be respected for their character and not be judged primarily on their looks. This can be quite liberating for women. Women cover up to varying degrees and some women choose to cover their face because they feel it is more modest to do so.

This may be in direct contrast to Western Society however that does not mean it is wrong or threatening. These Islamic values, which are similar to Christian values, should be upheld and respected in society. Instead, there is misunderstanding and many people think it is humiliating, oppressive and degrading for women to cover up. In order to really understand Islam people should not be judgemental and base all their opinions on scaremongering in the media or political rhetoric.

By enforcing these bans on Muslim women Europe is effectively systematically removing women from positions in public office, frequenting public places and denying them access to education. These bans in Europe are a human rights disaster in the Western World. The irony is that many people in the West think Muslim women are oppressed by their religion, when really they are becoming increasingly oppressed by Western society's standard of dress. The Burqa is not unlike what a nun or monk would wear, which they wear out of respect for God, and is perfectly acceptable in society.

The decisions of far-right European Governments and the resulting erosion of the human rights of Muslim women are contrary to Western values of freedom of expression, freedom to practice religion, right to privacy and tolerance. I do not presently fully cover up however I would not want my Government to dictate what I could and could not wear due to enacting legislation based on fear and ignorance.

I would urge anyone who really does agree with this rise in Islamophobia to gain knowledge on true Islam, speak to and interact with Muslims. Read the Quran with understanding, which is more similar to the Bible than any terrorist preaching. Watch an Islamic TV channel like Islam Channel/Peace TV. Look at Cherie Blair's sister, Lauren Booth, who converted to Islam. She became Muslim after truly understanding the religion of Islam and not blindly believing Tony Blair's rhetoric or media sensationalism. If Islam really does oppress women and promotes terrorist ideology, then why would so many Western converts increasingly be attracted to Islam?

Restricting Muslim women's dress does not combat the issue of extremism/terrorism. It only further perpetuates division between Muslims and non-Muslims, similar to the effect of every other policy since 9/11. With real understanding we can combat Islamophobia. Islamophobia is marginalising Muslims, destabilising communities and devaluing Western values of a free society. There is a real possibility that these values could now begin to be eroded in the event of future misguided decisions by the ECHR.

Fariha Sikondari is a Freelance Writer