The Debate about Muslim Women Wearing Veils Is Not Complex: This Is Britain, and In Britain You Can Wear What You Want

This morning Lib Dem Home Office minister Jeremy Browne has created a bit of a storm by saying that we need a “national debate” on the topic of Muslim women wearing of veils. His call was echoed by Tory MP Dr Sarah Wollaston, who said that “we must not abandon our cultural belief that women should fully and equally participate in society”. Her colleague Bob Neil said, “I do think we need to have a serious conversation about it.”

I respect all of those views. But they’re wrong.

The debate about “The Veil”, is neither necessary, nor is it complex. In fact, it’s very, very simple. This is Britain. And in Britain you can wear what you want. 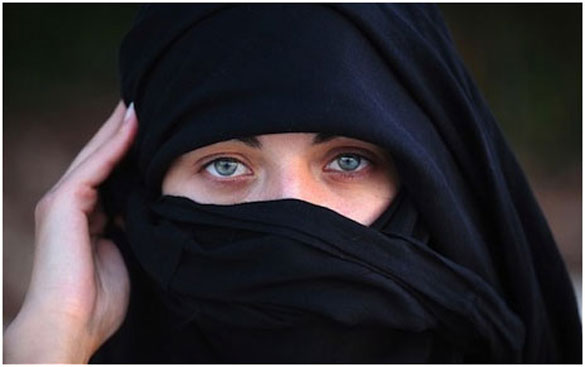 Obviously there are practical exceptions. I can’t turn up to my local swimming pool and jump in with my clothes on, for example. When I tweeted about this earlier today a number of people asked: what about people going through airport security? And in that instance obviously veils should be removed. In the same way that when I pass through security, my shoes occasionally have to be removed. But that doesn’t alter the basic fact that if I still want to wander round in my pair of battered Adidas Samba, I’m free to do so. And any women who wishes to wear a veil is free to do that too.

“You can’t wear hoodies in shopping centres, or crash helmets in banks”, some people have pointed out. Fair enough. When the nation is trembling from an onslaught of Burqua-clad steaming gangs I may reassess my view. But until then the rule remains; we are a free society, and we are free to wear the clothing of our choice.

I understand those who express concern about the cultural implications of veils. Indeed, I share them. My wife and I regularly drive through Stamford Hill to see relatives. When we do, we invariably reflect on the local Hasidic Jewish community, and how great it is that London is so rich culturally. But it’s noticeable that all the women, (and indeed the men), are essentially dressed in the same way. That’s great to look at from the outside, and reflects a strong sense of heritage and identity. Yet it also reflects conformity. And conformity is a bad thing. It stifles personal identity, and by extension freedom.

But from my point of view, that’s just tough. If I were to advocate passing a law that said Hasidic Jewish women should be banned from going out unless they’re dressed in bright, vibrant colours, I’d rightly be regarded as having lost my mind. And it’s no different to advocating we should start punishing women who decide to go out in a veil.

There are of course those who say this is a vital step for preventing the cultural oppression of women. Again, I respect that view. But I’m also sceptical that in all cases it is being expressed with total sincerity. One of the keenest advocates of “Banning The Burqa” is Nigel Farage. "What we are saying is, this is a symbol. It's a symbol of something that is used to oppress women”, he told the BBC. Which is all well and good, except a couple of weeks ago I heard that very same Nigel Farage arguing how it was perfectly acceptable for employers to refuse to employ women on the grounds they may one day become pregnant. It could be that Nigel Farage, Peter Bone, Philip Hollobone et al really have suddenly converted to the cause of radical feminism. But I doubt it.

Yes, veils can be socially and culturally divisive. But so can the debate about banning veils. I think many of those engaging in this argument do so from a genuinely liberal perspective. And I think there are an equal number who are jumping at the opportunity for a bit of good old fashioned Muslim bashing. That’s certainly how large sections of the Muslim community will see things, which in turn will no doubt do wonders for community cohesion.

But let’s put aside the moral an practical implications of banging veils for a second, and have a look at this issue from the vantage point of simple logic. The argument in favour of a ban goes as follows.

We as a society are concerned that people are culturally discriminating against – indeed oppressing – women by insisting they wear specific forms of dress. That runs contrary to our values and heritage, which stipulate women in Britain are free to wear what they please. In fact we’re so alarmed that people are being prescriptive about what women can and can’t wear, we’ve decided to prescribe what women can and can’t wear. To ensure women are free to choose how to dress we will write into law precisely how they can dress. And such is our commitment to their personal freedom, if they wear something we don’t think they should be wearing we’ll fine, arrest or imprison them.

That’s not a sketch from Bremner, Bird and Fortune. That’s a real live policy discussion being initiated by real live politicians.

Trust me, we don’t need a “national debate” about veils. We need a national debate about how to embed the economic recovery. How we actually get to grips with the deficit. Syria. The NHS. Welfare reform. Pensions.

But if we really must have a debate, here it is. This is Britain. We wear what we damn well like. Debate over.