•  In Sexy Fashion World, an American Muslim Designer Covers Up Her Models

•  From Virginity Test to Power: Many Struggles Faced By Egypt's Women

•  With Ghazala Javed’s Death, Music Is Subdued In Khyber-Pakhtunkhwa

•  Iran: The Case Of The Bandaged Nose

Photo: In Sexy Fashion World, an American Muslim Designer Covers Up Her Models 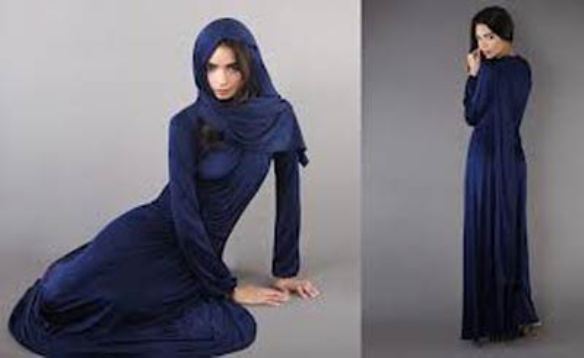 Male : A 16 year-old girl has been sentenced to 100 lashes, which she will face when she turns 18, by a Maldivian court for having sex.

The Hulhudhufaaru Magistrate Court in Raa Atoll also sentenced a 29 year-old man to 10 years imprisonment, after it found him guilty of having sex with the minor girl.

As she is a legally a minor, the court stated that the girl's sentence would be implemented when she turned 18, the Minivan News reported.

An official told the local media that the man travelled to the island after the girl invited him. The the girl's family noticed that she was not at home and went looking for her, the official said.

The pair were found that night in some bushes behind the island's power house, he added.

The court official said the the girl's family pressed charges, which were denied by the man. However the girl confessed, local press reported.

The man was sentenced under the Child Sex Abuse (Special Provisions) Act which states that if a person touches a minor with the intention of having sex, then it is a punishable crime. A person found guilty of such a crime can be sentenced to a term of 10-14 years in prison.

In Sexy Fashion World, an American Muslim Designer Covers Up Her Models

NEW YORK: Designers love to push boundaries in the search for that sexy catwalk look, but Nzinga Knight, an American Muslim, takes an even more daring tack: covering her models up.

At New York Fashion Week, which starts Thursday, impossibly tall, slinky creatures will sashay down the runways at Lincoln Centre in clothes that can leave little to the imagination.

But when it’s Knight’s turn, forget about flashes of breast or thigh-high split skirts. There will be long sleeves, long hems – and they’ll be sure to get attention.

“Definitely in my work people look at it and say that it’s really different and fashion’s really about being different,” she told AFP at a studio in the Pratt Institute in Brooklyn, where she was embroidering a romantic but decidedly modest black and cream dress.

Knight, 31, is a devout Muslim, praying five times a day. But the up-and-coming designer is more fashionista than preacher.

“The look of my work is sensual, mysterious, innovative,” she said, describing her target as “a woman who’s happy to be a woman.” The difference lies in how she creates that sensuality.

When she launched her line in 2008, she found designers were fixated by clothes that “show cleavage and back.” “I felt a lot of women were wearing things because that’s what the magazines told them,” she said. “It seemed each designer had the same point of view.” So Knight set out to combine Islam’s strict moral codes with her native New Yorker’s sense of style and quickly found she had what any enterprising young designers would crave: a niche.

“My aesthetic was something really missing in the market,” she said. “It’s very distinct and can give me an edge.” Her upcoming collection will feature 10 evening dresses and several blouses.

Various shades of off-white, black, pink and matte gold dominate, with beads hand-sewn in India added to the trim. One full length dress in black and oyster shell white features a ruffled lower hem, but only at the back, so that it comes as a surprise, like a mermaid’s tail.

It is modest clothing, but hardly fit for a shrinking violet.

Whoever wears them “definitely has places to go,” she said.

Knight’s original outlook makes her almost unique on planet fashion, where black designers are rare and black Muslims rarer. “There are basically none,” she says.

But with her exotic background she’s always comfortable navigating her own path.

Her father emigrated from Trinidad, her mother from Guyana, both of them converted to Islam after reaching New York, where they raised six daughters.

“The fact I’m in New York, a native New Yorker, and New York is very much about style, what’s fresh, what’s hot, and the fact that I come from a Caribbean culture that’s very vibrant and then the fact that I’m Muslim…” Knight had to pause to catch her breath.

“I embody a lot of things,” she said.

In some Muslim countries, head-to-toe black robes, or abayas, are obligatory for women in the street, something that horrifies many Westerners.

But Knight says her experiences make her sympathetic. On a trip last year to Dubai, where one of her sisters lives, she recalls discovering the apparently uniform black fabric contains a multitude of subtle, individual differences.

“No two women were the same,” she said.

She also realized that at home, women take off their robes to reveal the latest in high fashion they’d been wearing underneath.

“They are vibrant and wear amazing colors. Only their special friends get to see them though,” Knight said. “I think it’s sexy for a woman to have secrets, good secrets.” In Western society, she argues, women are not as liberated as they may think they are.

Knight gave the example of pop stars, saying men are judged largely on their singing talent, while female performers have to go an extra step.

“I think that women in this society aren’t allowed just to stand on their own merit,” she said. “For most of the women who really make it, you know, they have to take their clothes off. That’s the game they have to play.” In her own work, she’s looking to shift the rules of the game.

Hopes of an early release from prison for the 11-year-old blasphemy accused — following a statement that the incriminating evidence had been planted against her — were dashed on Monday when the session’s court hearing her case adjourned the matter till Friday owing to a lawyers strike.

Now, she will be in jail for the rest of the week even as the Pakistan Ulema Council reiterated its support for the minor girl suffering from Down Syndrome. Referring to media reports suggesting that the government was delaying her release for fear that she would be harmed if released, Council chairman Hafiz Mohammad Tahir Mehmood Ashrafi said his organisation would guarantee her security.

The Council also demanded a joint investigation into the entire case that resulted in the girl being arrested under the blasphemy law over a fortnight ago after she was allegedly found carrying some burnt pages of the Quran. Over the past weekend, three people from the slum cluster where she lived have testified that the pages of the Koran were put into the packet she was carrying by a cleric of the area mosque.

The cleric has since been jailed and his arrest on Saturday had raised hopes of the girl’s ordeal being cut short. However, the lawyers strike has delayed the matter further which had forced 300 Christian families to flee the cluster fearing a backlash. They have begun to return amid speculation that the entire episode had been orchestrated by a section in the cluster to evict the Christians.