Some information has been adapted from the following sources: Closed Doors and Opened Eyes: Spirituality for the Non-Fasting by Shazia Ahmad & A Muslim Day in Ramadan – Morning till Evening by Sh. Riad Quarzazi. Previously published in Sisters magazine August 2011 Issue 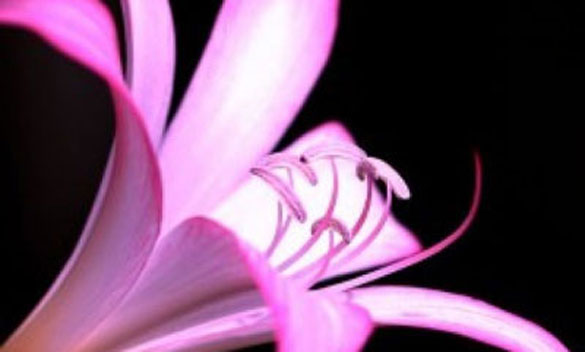 While others will be busy in acts of worship such as fasting, praying, reading Qur'an, etc., most women will spend a portion of Ramadan in the state of menstruation (or postnatal bleeding), leaving them unable to participate in the aforementioned activities.

It is not easy to stay positive at times like these, especially when we see those around us rushing to Masaajid for Taraweeh prayers, spending time in ‘itikaaf and reciting the Qur'an. This can lead us to feeling deprived of the reward of this blessed month, and often this feeling ends up decreasing our spirituality rather than increasing it.

Our menstrual cycles (or postnatal bleeding) are a part of Allah Subhaana wa Ta'alaa's creation and something that is ordained by Him. Allah Subhaana wa ta’aala tells us in the Qur'an that “He has created us in the best of moulds” [At-Teen:4]. We are also told that Allah has “appointed a due proportion” [At-Talaq:2-3] for everything and that “for every matter there is an appointed time given” [Ar-Rad:38]. [1] Thus, to complain about it would be to question the Wisdom of Allah Subhaana wa ta’aala. This is not anything to feel sad or inconvenienced about, but rather it should be accepted as part of the Divine Wisdom.

This same message was conveyed to us by Ayesha Radi Allahu 'Anha via the hadith of the Prophet Sal Allahu Alayhi wa Sallam.

Ayesha narrates that, “We set out with the sole intention of performing Hajj and when we reached Sarif, my menses began. The Messenger of Allah Sal Allahu Alayhi wa Sallam came to me while I was crying and asked, 'What is the matter with you? Has your menses started?' I replied, 'Yes.' He said, 'This is something which Allah has destined for the daughter of Adam.'” (Al-Hakim)

Islam is the straight path that leads to the pleasure of Allah Subhaana wa ta’aala and ultimate success in the aakhirah. However, praise be to Allah, the path of Islam is broad, i.e. there is a huge variety of good deeds one can do to come closer to Allah subhaana wa ta'aala. Likewise, there are many other ways of achieving spirituality while we are on our menses (or going through postnatal bleeding) besides salah, siyaam and 'itikaaf. This was exemplified for us through the practice of the wife of the Prophet sal Allahu alayhi wa sallam.

Narrated Maimuna, the wife of the Prophet Sal Allahu Alayhi wa salaam, “During my menses, I never prayed, but used to sit on the mat beside the mosque of Allah's Apostle…” (Bukhari)

Here are a few practical suggestions of good deeds that a Muslimah can do while she is menstruating or has postnatal bleeding.

At the time of the Adhan:

•        Make dua between the Adhan and iqama. Invocation during this time is not rejected.

When you wake up:

•        Alhamdu lillaahil-lathee 'ahyaanaa ba'da maa 'amaatanaa wa'ilayhin-nushoor.” (Praise is to Allah Who gives us life after He has caused us to die and to Him is the return.) [Reference: Bukhari]

•        “Laa 'illaha 'illallahu wahdahu la shareeka lahu, lahul-mulku wa lahul-hamdu, wa Huwa 'alaa kulli shay'in Qadeer Subhaanallahi, walhamdu lillaahi, wa laa 'ilaha 'illallahu, wallaahu 'akbar, wa laa hawla wa laa Quwwata 'illaa billaahil-'Aliyyil-'Adheem, Rabbighfir lee.” (There is none worth of worship but Allah alone, Who has no partner, His is the dominion and to Him belongs all praise, and He is able to do all things. Glory is to Allah. Praise is to Allah. There is none worth of worship but Allah. Allah is the Most Great. There is no might and no power except by Allah's leave, the Exalted, the Mighty. My Lord, forgive me.) [Reference: Bukhari]

In the Morning (after fajr) / Evening (before maghrib):

•        “A 'oothu billaahi minash-Shaytaanir-rajeem. Allaahu laa 'ilaaha 'illaa Huwal-Hayyul-Qayyoom, laa ta'khuthuhu sinatun wa laa nawm, lahu maa fis-samaawaati wa maa fil-'ardh, man thai-lathee yashfa'u 'indahu 'illaa bi'ithnih, ya'lamu maa bayna 'aydeehim wa maa khalfahum, wa laa yuheetoona bishay'im-min 'ilmihi 'illaa bimaa shaa'a, wasi'a kursiyyuhus samaawaati wal'ardh, wa laa ya'ooduhu hifdhuhumaa, wa Huwal- 'Aliyyul- 'Adheem.” (I seek refuge in Allah from Satan the outcast. – Allah! There is none worthy of worship but He, the Ever Living, the One Who sustains and protects all that exists. Neither slumber nor sleep overtakes Him. To Him belongs whatever is in the heavens and whatever is on the earth. Who is he that can intercede with Him except with His Permission? He knows what happens to them in this world, and what will happen to them in the Hereafter. And they will never encompass anything of His Knowledge except that which He wills. His Throne extends over the heavens and the earth, and He feels no fatigue in guarding and preserving them. And He is the Most High, the Most Great.) [Reference: Al Hakim]

•        More morning and evening Adhkaar can be found here: http://www.islamawareness.net/Dua/Fortress/027.html

•        Suggested Task: Read an English translation of half a juz of the Qur'an after fajr and before Maghrib to complete 1 juz a day Insha' Allah

•        Help people break their fast by offering them dates and water

•        Cup your palms together, blow gently into them and recite Surat'l-Ikhlaas, Surat'l-Falaq, and Surat'l-Nas. Then pass your hands over as much of your body as you can reach, beginning with the head and then face, then the entire front of your body. Do this three times. [Reference: Bukhari]

•        More on “what to say before sleeping” can be found here: http://www.islamawareness.net/Dua/Fortress/028.html

Other acts that you can do:

•        Shake hands with sisters and spread salaam at the Masjid, especially engaging with newcomers.

•        Babysit during Taraweeh so that the mothers (and everyone else!) can pray with khushu' and concentration [1]

•        Look for new converts, those who are newly practicing or people who have lost touch with the community and invite them over for Iftar and 'Eid [1]

•        Think of Eid party ideas/gifts for family, spouse, children, and neighbours and begin your preparations.

In your own time:

I sincerely pray that this Ramadan all of us witness an increase in our spirituality and a betterment in the relationship we have with Allah Subhaana wa ta'aala. May Allah allow us to witness the blessed month of Ramadan and give us the opportunity to perform acts of Ibadan that weigh heavy on the scales on the Day of Judgment, Ameen