It has become customary. As in previous years, on March 8, Turkish riot police brutally attacked demonstrators walking in central Istanbul to mark the International Women's Day. A feminist march at midnight was dispersed by rubber bullets and scores of tear gas canisters shot by the police. All that Turkish women were asking for was equal treatment and protesting the growing "tradition" of women being murdered. 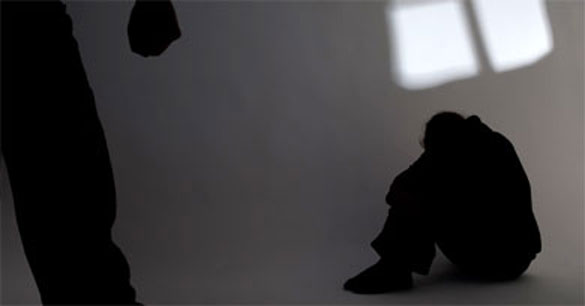 Ironically their grandmothers were luckier than some of their Western peers. The secular civil code of 1926, introduced as part of Atatürk's reforms, gave Turkish women civil rights equal to that of men. The law meant that religious and polygamous marriages would not be officially recognized. It also gave women the right to initiate divorce. Shortly afterwards, in 1935, for the first time, Turkish women were allowed to vote in national elections: as a result, eighteen female candidates were elected to parliament – a decade or more earlier than women in Western countries such as France, Italy and Belgium. In 1935, only eight women served in the US Congress and nine in the British parliament.

Since then, women's problems, including their right to live, have gradually worsened: violence against women has become Turkey's new normal. According to the We Will End Femicide Platform, a women's rights watchdog group, nearly 2,000 Turkish women have been killed just since February 2015, often by their husbands, ex-husbands or boyfriends. In 2019 alone in Turkey, 474 women were slain. In 2018, in the World Economic Forum's Global Gender Gap Index, in broader terms than just murdering women, Turkey ranked 130th among 149 countries in 2018, behind Tunisia, Algeria and many Arab Gulf countries such as Kuwait, the United Arab Emirates and Qatar. According to official statistics, women in Turkey earn on average TL46,208 ($7,584) annually while men on average make TL50,297 ($8,255). Also, according to an official survey, released just before this year's Women's Day, the employment rate was 29.4% for women, compared to 65.7% for men.

Where, then is the problem? Evidence suggests the root cause of the problem is not legislative deficit. In 2012, Turkey was the first country to ratify the Council of Europe Convention on Preventing and Combating Violence Against Women and Domestic Violence, also known as the Istanbul Convention. The treaty specifically targets violence against women and obliges the ratifying countries to prevent gender-based crime, provide adequate protection and services for victims and assure the prosecution of perpetrators.

Why, then, have gender inequality and murdering women worsened after presumably successful legislation? The problem most probably lies within the depths of the cultural codes of the Turkish Islamist, conservative, patriarchal psyche.

In 2009 Hüseyin Üzmez, a columnist for the Islamist, fiercely pro-Erdogan daily Vakit (now Yeni Akit), was convicted and imprisoned on charges of having sex with a 14-year-old girl, but was released from prison after a court suspended his 13-year sentence. After his release, Üzmez defended the Islamic rules that he said permit girls to wed under the legal age of 16. Justifying sex with a 14-year-old girl, the 78-year-old Üzmez said, "A girl who has reached puberty, who is having periods, is of age according to our [religious] belief."

In 2010 Turkey was shaken by the surfacing of alleged serial rapes in predominantly Kurdish Siirt town, including cases of adults raping minors and minors raping toddlers, killing one. The mayor defended the scandal: "This is a small town and almost everyone is related to everyone. We've closed the case after consultations with the governor, the police and the prosecutor". "Closing the case" by consulting top local law enforcement officers has been part of the tribal culture.

In 2014 Erdogan said that "women should know their place," and that "gender equality is against human nature" while his deputy prime minister, Bülent Arinç (now a member of Erdogan's presidential consultation board), said that "women should not laugh in public". In another speech Erdogan criticized women who chose working over having children as "half-persons". More recently, in 2019, Erdogan said that he could well imagine gender segregation at Turkish universities and asked the Turkish Council of Higher Education to take the necessary steps to initiate gender segregation in universities.

No doubt Turkey's gender equality deficit bitterly shows that Islamist culture is much stickier than any Western-inspired legislation. Patriarchal cultural codes seem to have become deeply engraved throughout the society; unfortunately, it will take more than legislation to make them disappear.

Burak Bekdil, one of Turkey's leading journalists, was recently fired from the country's most noted newspaper after 29 years, for writing in Gatestone what is taking place in Turkey. He is a Fellow at the Middle East Forum.