You can’t go a day on the streets of Pakistan without hearing some spectacularly rude words and colorful insults taken in stride, whether thrown in anger at an errant motorist or in banter among friends at a tea shop. But the words “sex education” are different; they release a tirade of moral righteousness from many Pakistanis, who find this the dirtiest phrase of all. These people fear that it means “teaching children how to have sex,” rather than educating them about their health and reproductive rights. 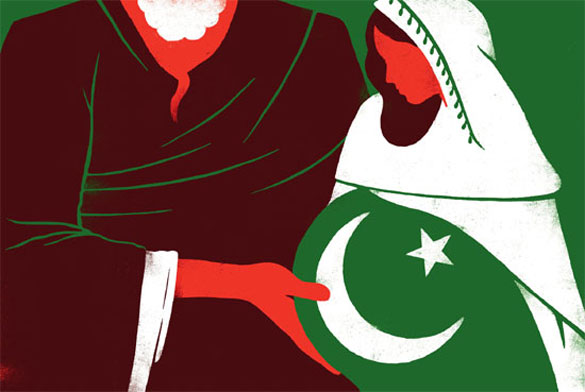 At least in some parts of Pakistan, though, that is beginning to change.

Most Pakistanis still profess conservatism and modesty about sexual relations and matters of the body. But Dr. Nafis Sadik, a United Nations population expert who led Pakistan’s successful Family Planning Program in the 1960s, describes a deeper feeling of fear: that if girls are given access to information about sexual health and reproduction, they will become promiscuous. “Boys’ and men’s sexual behaviour is condoned and appreciated,” she has said, “but girls’ and women’s sexual behaviour is seen as something that needs to be controlled.”

Nevertheless, attitudes are evolving — not least because this prudishness has proved dangerous for the nation.

Today, Pakistanis face a major health care crisis of deadly communicable diseases like hepatitis C, which is rampant in rural areas, as well as a flood of health problems that women and girls experience because Pakistan has also retained the practice of early marriage. Many girls are married off by their families as soon as — or even shortly before — they have reached puberty in their early teens. A result: Pakistan ranks near the bottom among countries in maternal and child health care.

One anecdote captures the absurdity of the problem. Early this year, a village in rural Sindh summoned the boldness to instruct 700 girls from eight local schools on topics like menstruation, how to protect themselves from sexual assault, and even marital rape. The villagers had demanded the classes, and the students reacted enthusiastically to the revolutionary idea that they had the right to control their own bodies. But Mirza Kashif Ali, president of the All Pakistan Private Schools Federation, reacted angrily, reportedly saying: “What’s the point of knowing about a thing you’re not supposed to do? It should not be allowed at school level.”

That “thing you’re not supposed to do” is actually being done to young women and girls in child marriages all across Pakistan. Of Pakistan’s 90 million women, 37 percent have married before the age of 18. And one of every 70 dies each year because of early pregnancy, not enough time between pregnancies, and other risks of teenage pregnancy. In 2002, a year assumed to be typical, some 900,000 abortions were performed, the great majority of them unsafe. Abortion is illegal, although rarely if ever prosecuted, and most women who need one must go to an underground doctor or, worse, untrained abortion providers.

Recognizing those facts, a groundbreaking “Sexual and Reproductive Health and Rights” education program (the euphemism and its abbreviation — S.R.H.R. — were deemed necessary to avoid the label “sex education”) was conducted in rural parts of two Pakistani provinces from 2010 to 2012.

The program was run by Rutgers WPF, a Netherlands-based organization, with two Pakistani partners, Bargad and Saifco; they went into 21 schools in the Sanghar district of Sindh and the Gujranwala district of Punjab to teach 220 female teachers how to speak to their female students about S.R.H.R. The sensitivities that had to be navigated were obvious: The curriculum guide’s title was changed — from Comprehensive Sexuality Education to Life Skills Based Education — and the program avoided discussing contraception and sexual activity in the same context. It also included references to sexual and reproductive health and rights in the context of Islam.

The program reached 19,000 girls directly (and through them, an estimated 150,000 more), allowing them for the first time to talk openly to teachers about their health issues. The teachers also made connections with tens of thousands of parents, particularly mothers who had never spoken to their daughters about sexuality or what was expected of them in the marital relationship.

Child marriages are another question. Among Pakistan’s rural poor, when girls are married off before full adulthood, the reasoning is usually about economics rather than sexual morality. Many families think they cannot afford to keep their daughters in school; by tradition, the precious little money they have is spent on educating boys. And when parents take a daughter out of school, the next logical step is to get her married.

One theory among reformers is that giving girls the ability to make decisions about their sexual health and reproductive rights can teach them how to say no to child marriage, and no to unwanted pregnancies. But Dr. Sadik says parents have more power to make any education program a success: They are the ones with — or without — the economic wherewithal that determines whether their daughters will begin marriage and childbearing in their early teens.

To address this, girls in the Sanghar and Gujranwala program were taught negotiating skills to influence family financial decisions, like budgeting. According to the sponsoring organization, the girls were urged to prove themselves valuable contributors to the household’s economic health, so that parents would not consider them a burden, and in the end, most of the parents appeared to have left their daughters in school rather than force them into child marriages.

Innovative programs like these need to be accompanied by stricter laws against child marriage, like the recently enacted Sindh Child Marriage Restraint Act of 2013, which makes marriage under the age of 18 illegal, and punishable with jail or fines for bride, groom or parents. Such measures can help transform the idea of “sex education” from something dirty into a vital tool of economic empowerment and progress.

We need to show our people that a young girl’s body broken by pregnancy after pregnancy is the real obscenity — and that a few more precious years of freedom can make the difference between health and illness or death for Pakistan’s girls. If we can do that, we’ll have achieved a real revolution.

Bina Shah is the author of several novels, including “Slum Child,” and short-story collections.